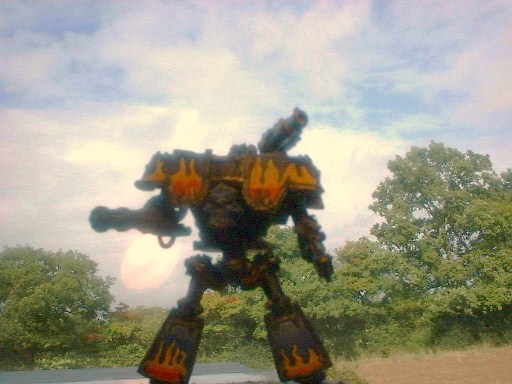 Epic 40k or Space Marine is no longer supported by Games Workshop. It is still possible to get hold of models and rules. Epic was probably the most tactically challenging way of playing games set in the year 40,000. 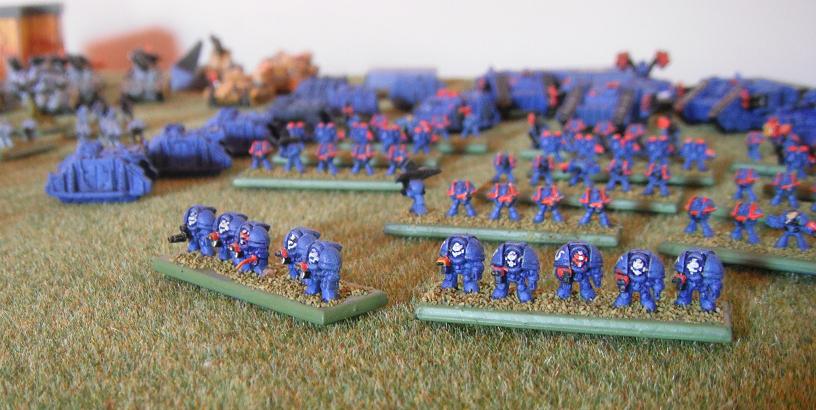 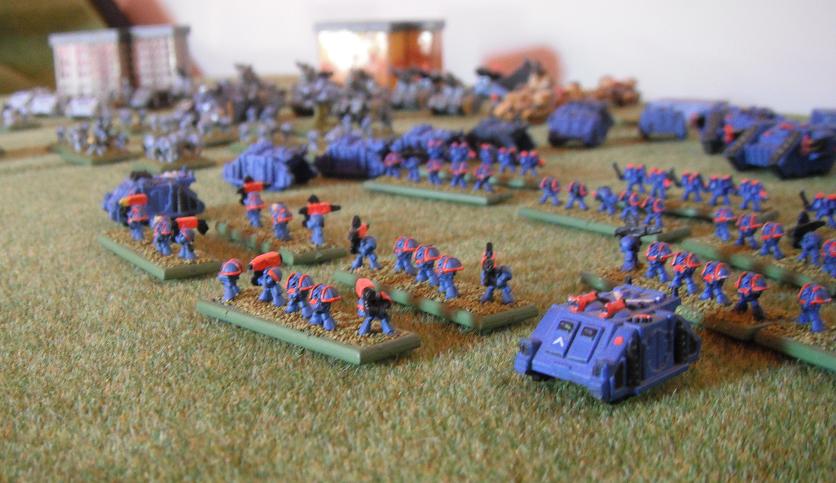 Devastators  from the Ultramarines 3rd Company. 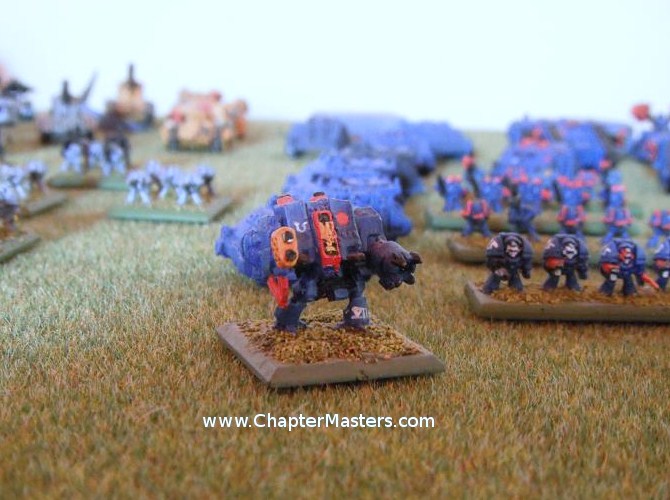 Wolf Lord Logan Grimnar leads Terminators, Grey Hunters and Long Fangs from his great company. The Grey Shoulder pads show he has not yet taken on the role of Great Wolf.