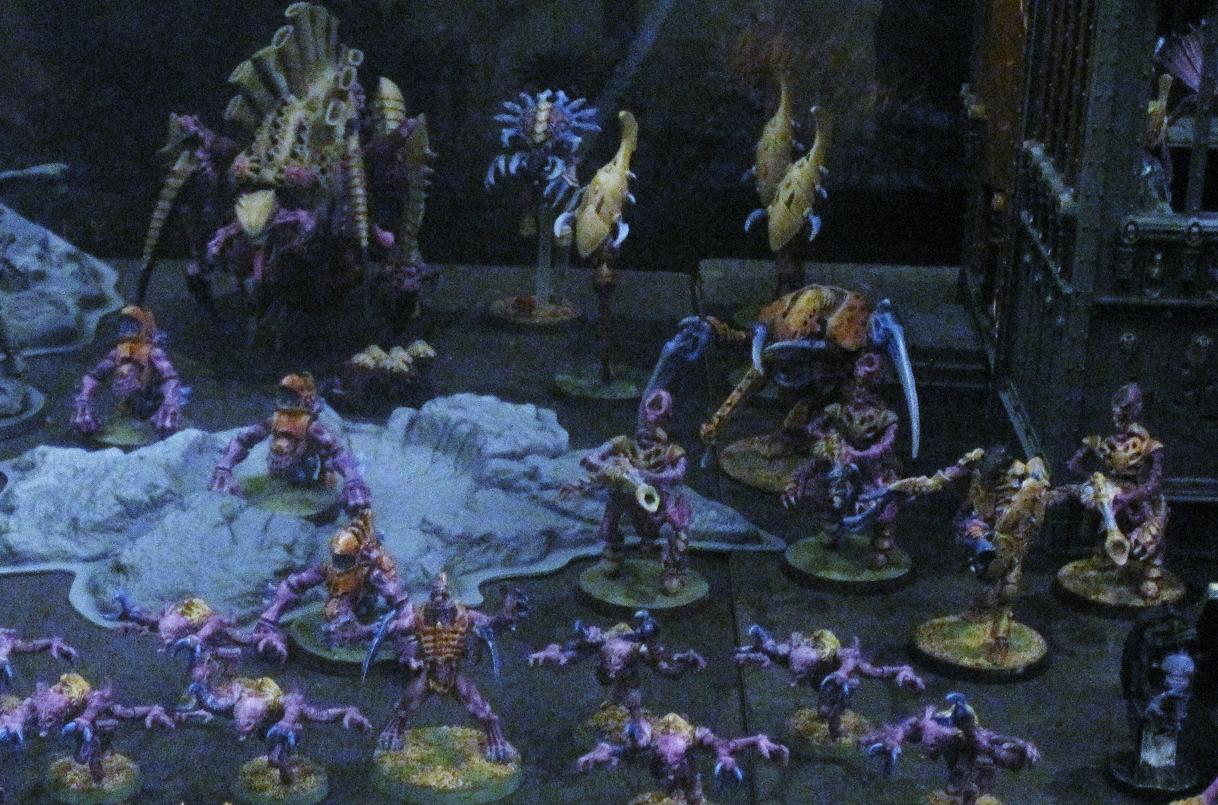 Some rumours about Nids surfaced this week. As you know I don’t like posting rumours, but as this is contradicting the rumour  previously published on ChapterMasters that Tyranids are getting a codex this year, I had to post it. This doesn’t mean Tyranids won’t get a White Dwarf update this year. The picture in the back of the March White Dwarf may indicate this could happen as early as April’s White Dwarf, although the picture could also mean Space Wolves are getting an update, a flyer perhaps to make sense of  flyer rules they have in Death from the skys. It could mean something else altogether? I guess we’ll find out for sure next month.

from the Faeit 212 inbox
*Tyranids are coming. Probably after Orks sometime next year.
*Carnifexes are getting a big boost
*Deepstriking emplacements for shooting and increasing synapse ranges
*A new Spider-like Pysker Monstrous Creature
*Background being expanded with some sort of connection between the old ones and C’tan being worked on