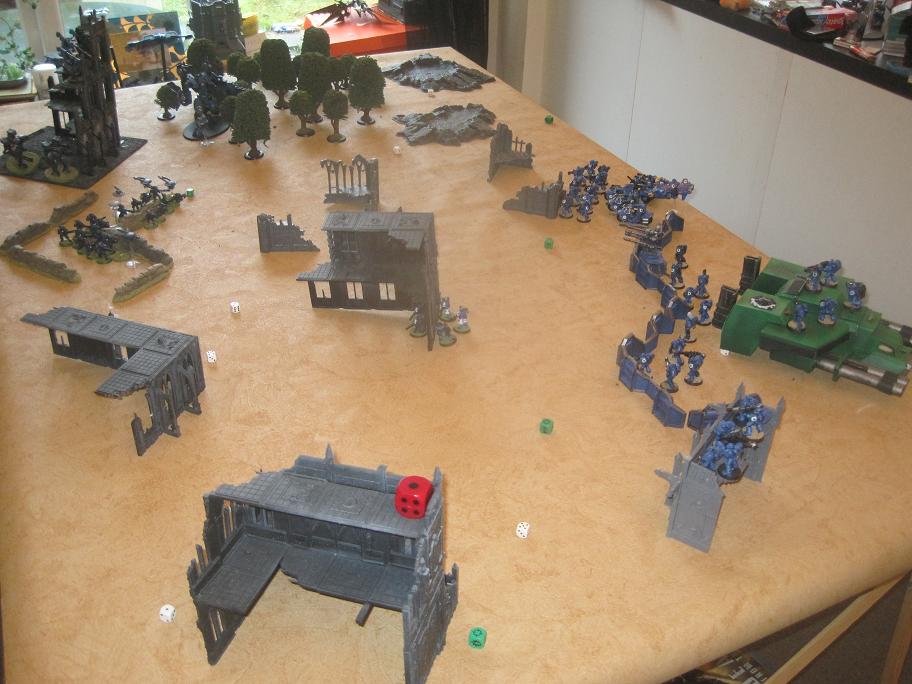 I managed to get in a game against Tau at the weekend. Rather than write a full battle report I’m going to post a few pictures with some explanation every day this week. So here goes.

We rolled a diagonal deployment and Mission 2: Kill points. Each enemy unit killed awards 1 victory point. There are also victory points for first blood, kill the warlord and line breaker. 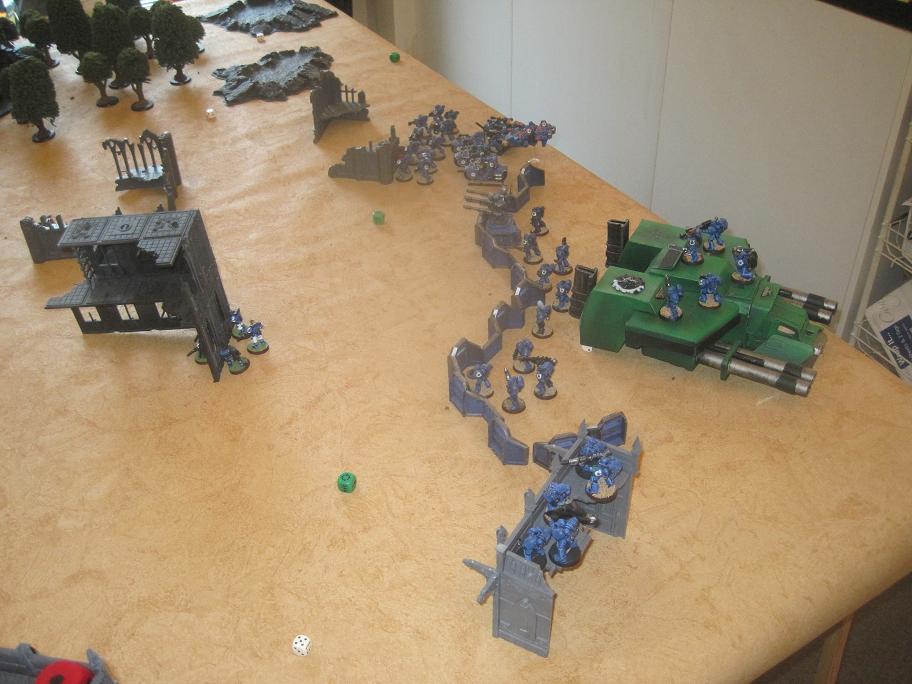 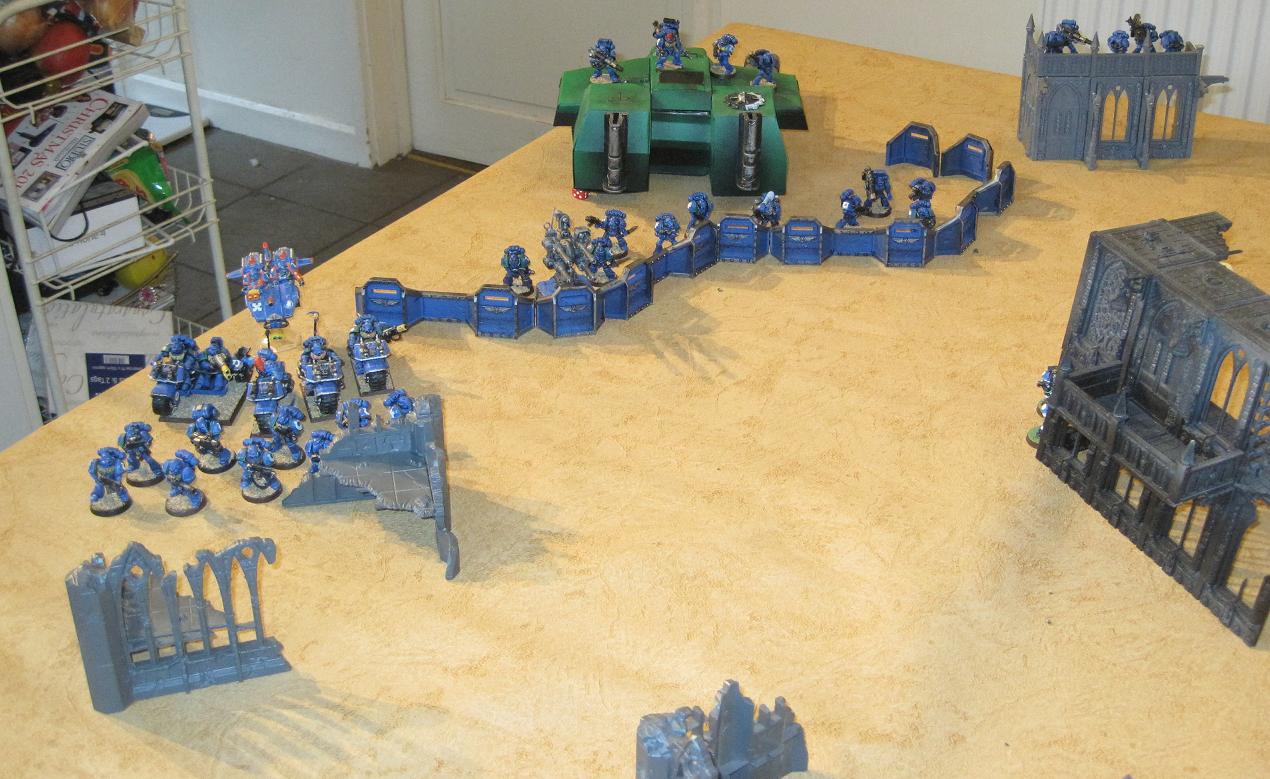 My plan was to advance towards the Tau using the bikes speeder and tactical squad. I held a Storm Raven, Tactical squad in drop pod, Captain with jump pack and two assault squad in reserve. Intending to reinforce the flank attack. 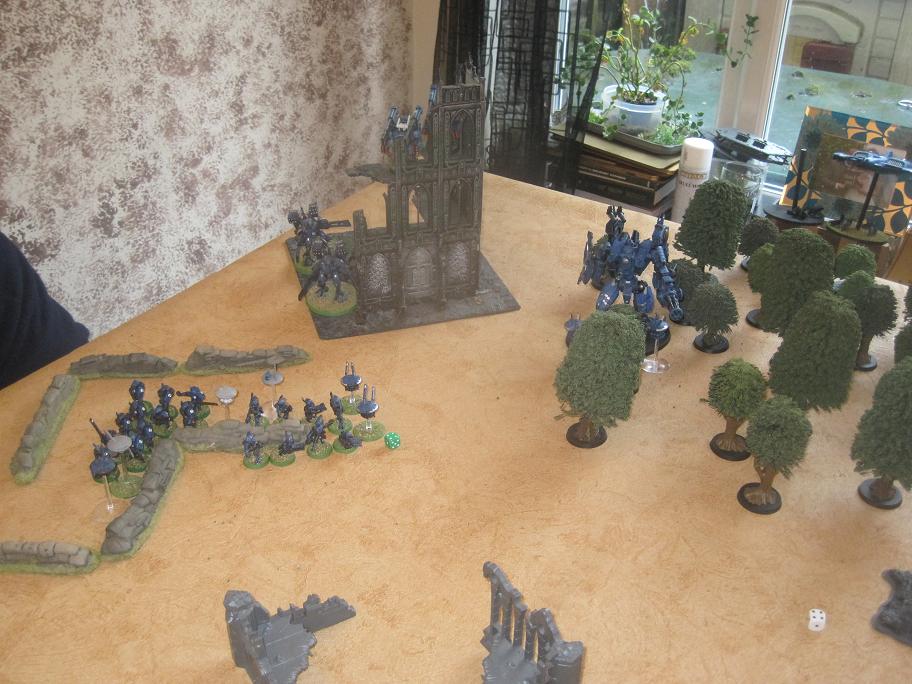 Tau Deployment: A firewarrior and path finder squad deployed in the centre of the Board. The Tau Riptide deployed behind the trees and two broad side teams deployed around the ruins. The rest of the Tau force,  a path finders team, 2 fire warrior teams, a Crisis team and a Hamerhead were placed in reserve to re-enforce the line where required.