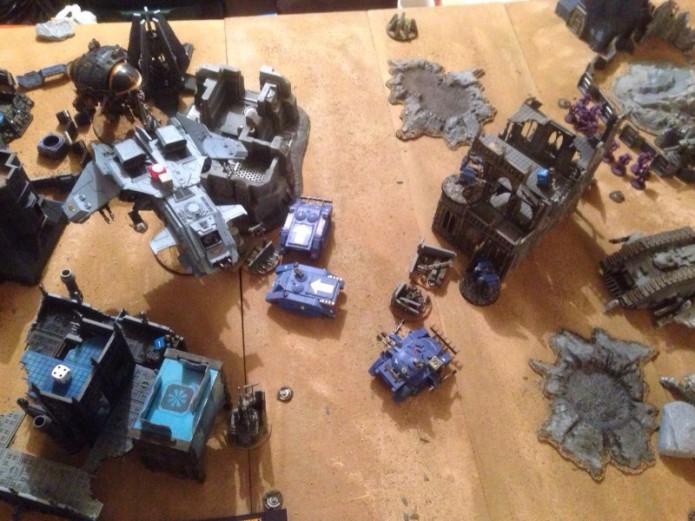 Some photos of the last battle I played with Ben; over Christmas. We played a city fight mission using the Mission Cards in White Dwarf. Ben used his Emperors Children and I used his Ultramarines Legion. The army lists where written using the Horus Heresy Space Marine legion army lists from book 1 betrayal. 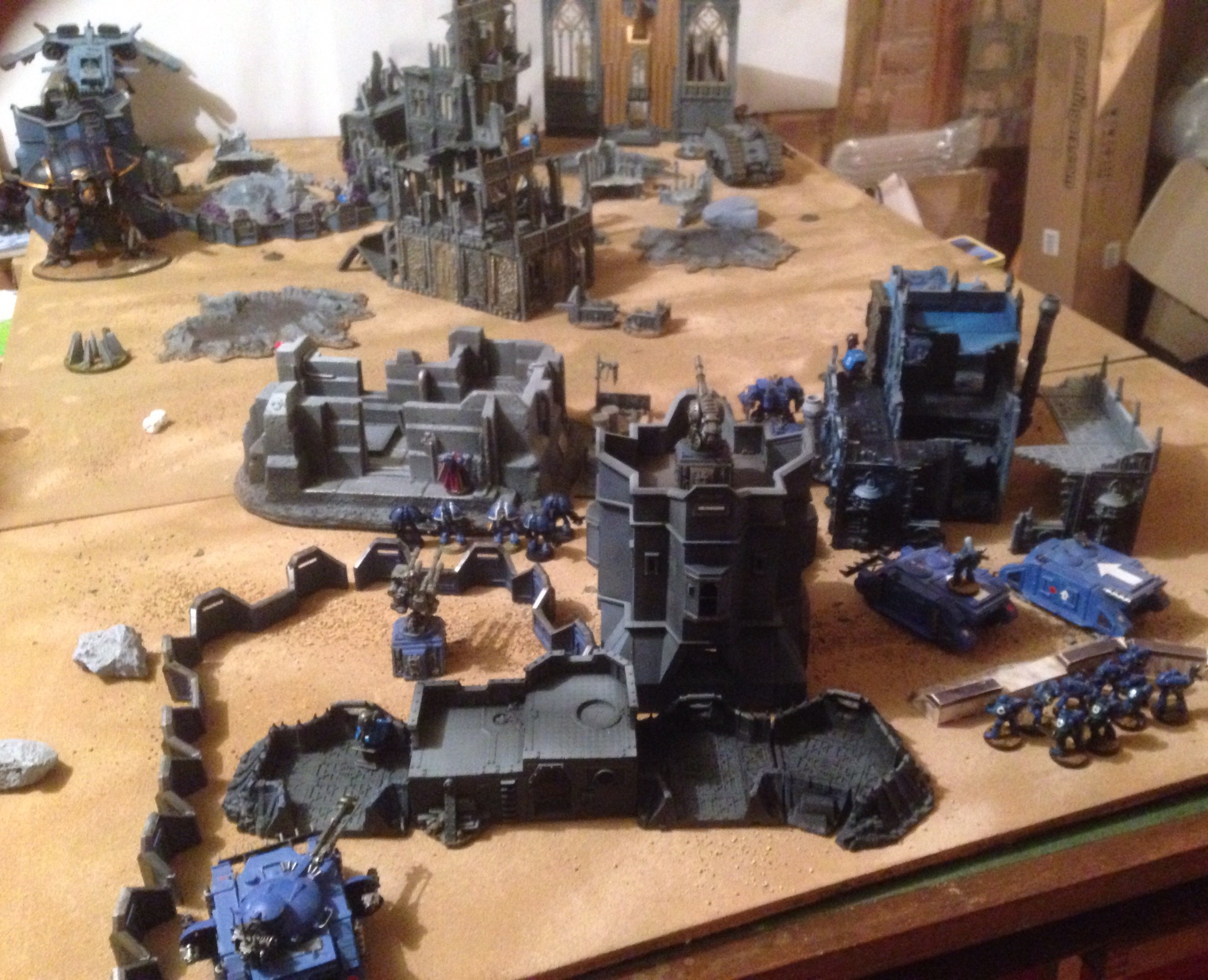 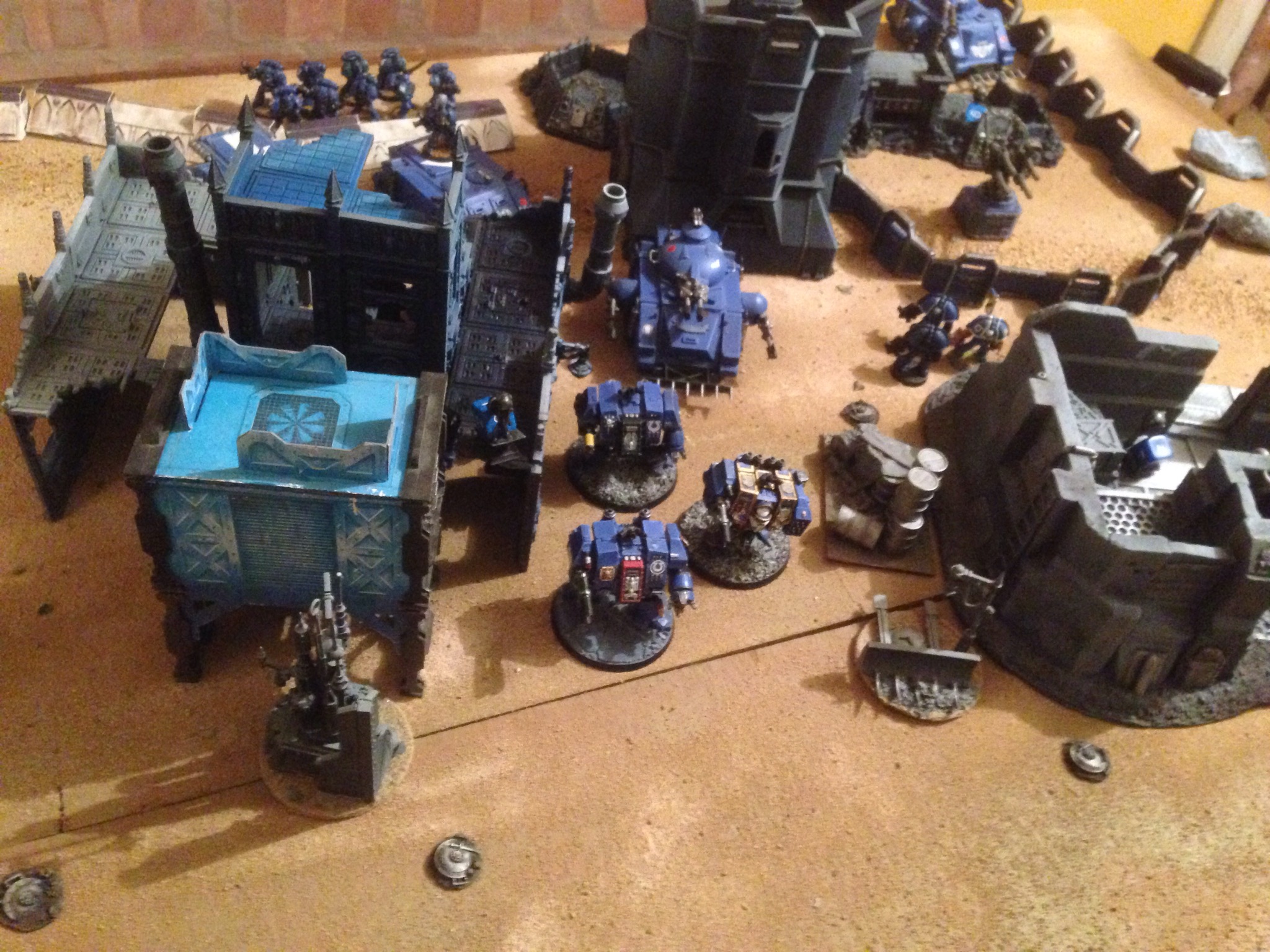 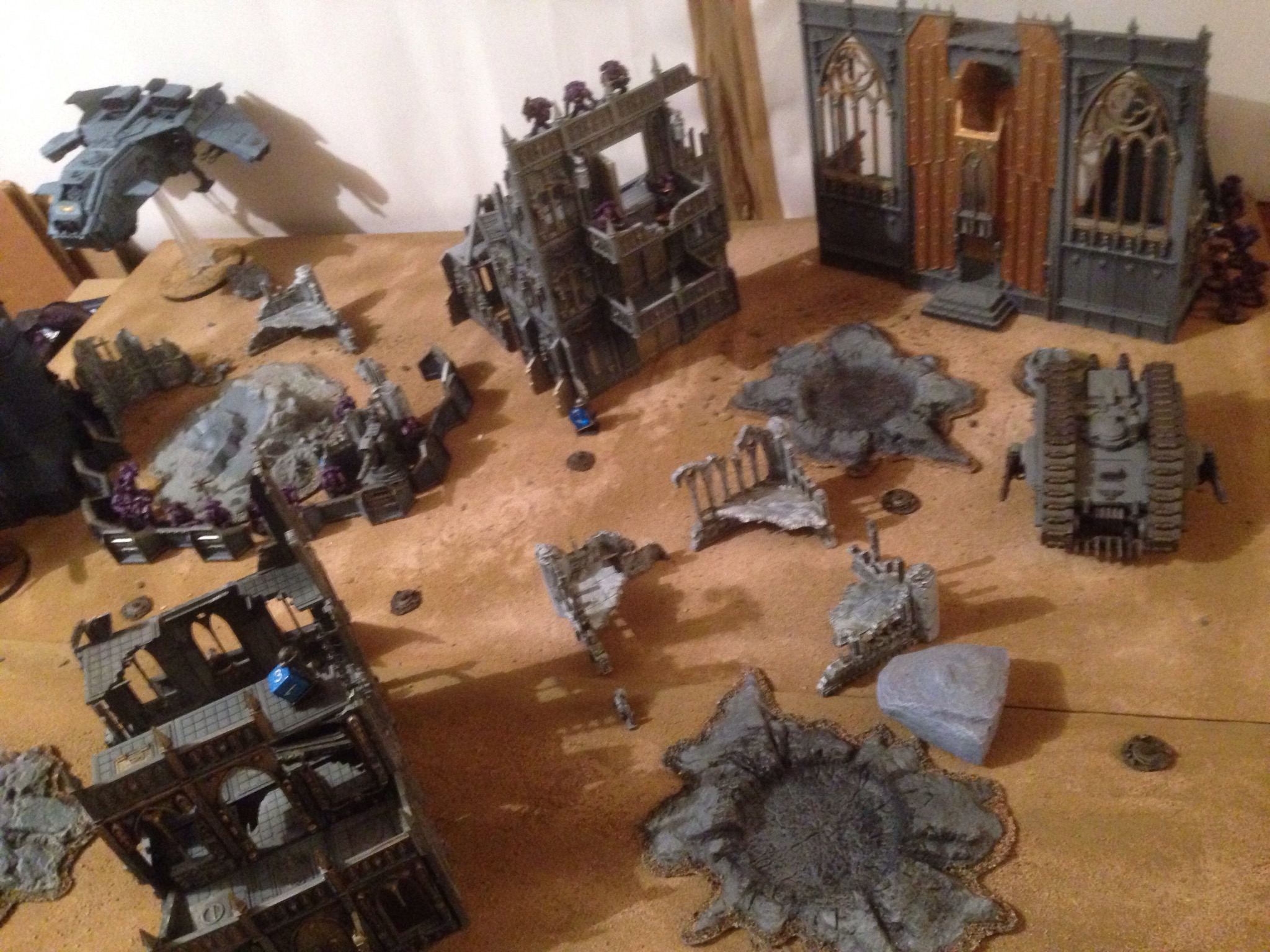 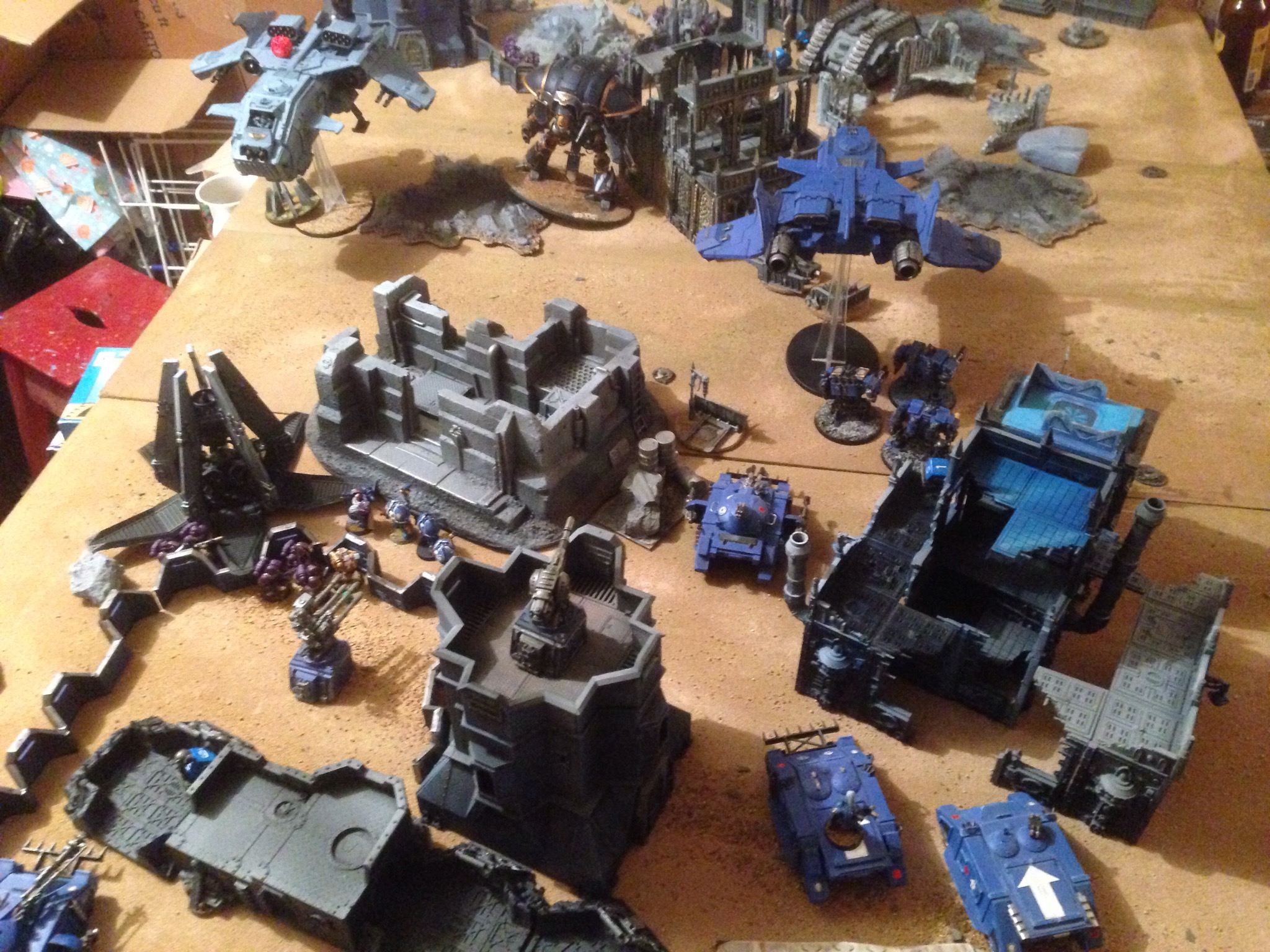 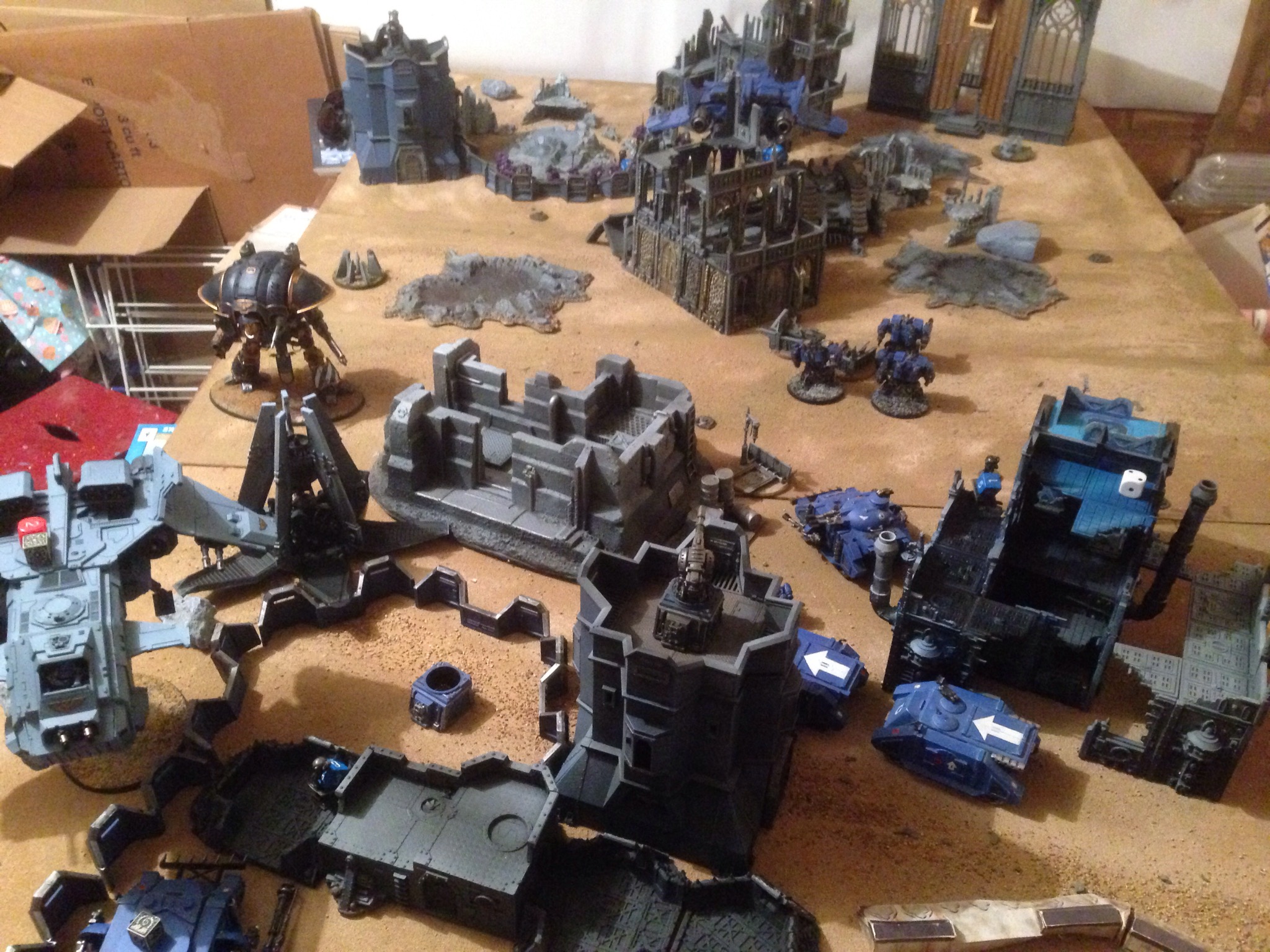 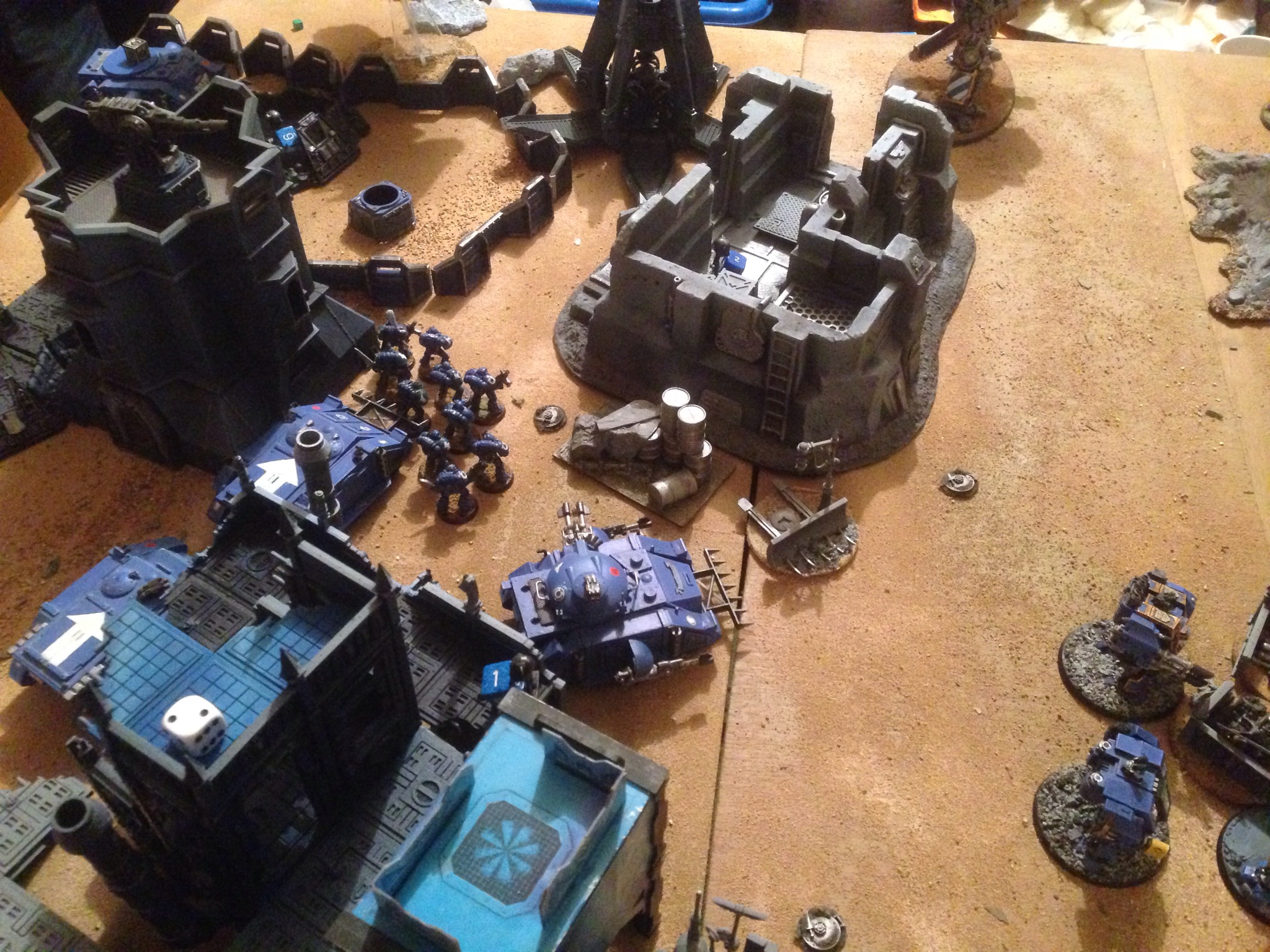 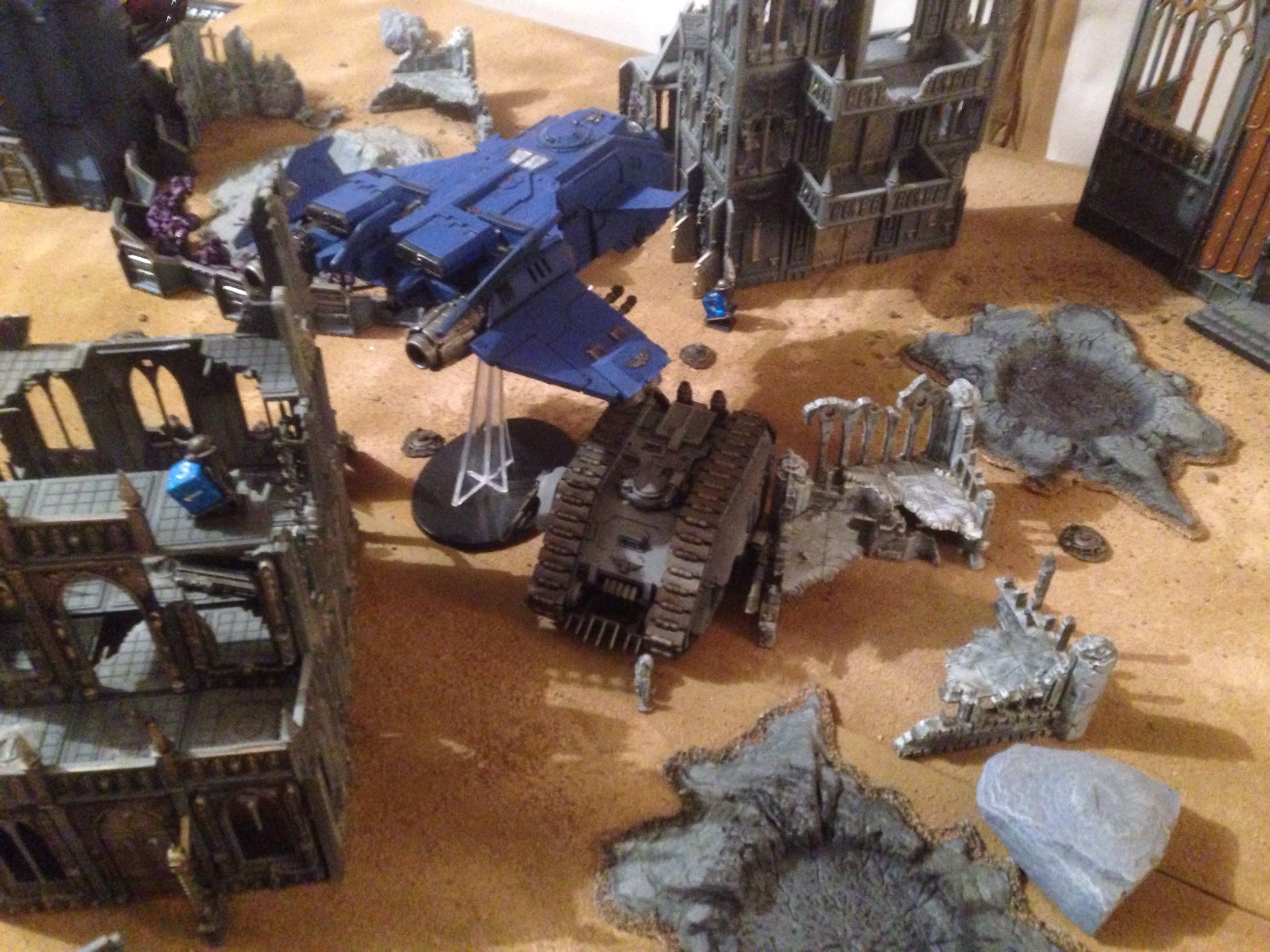 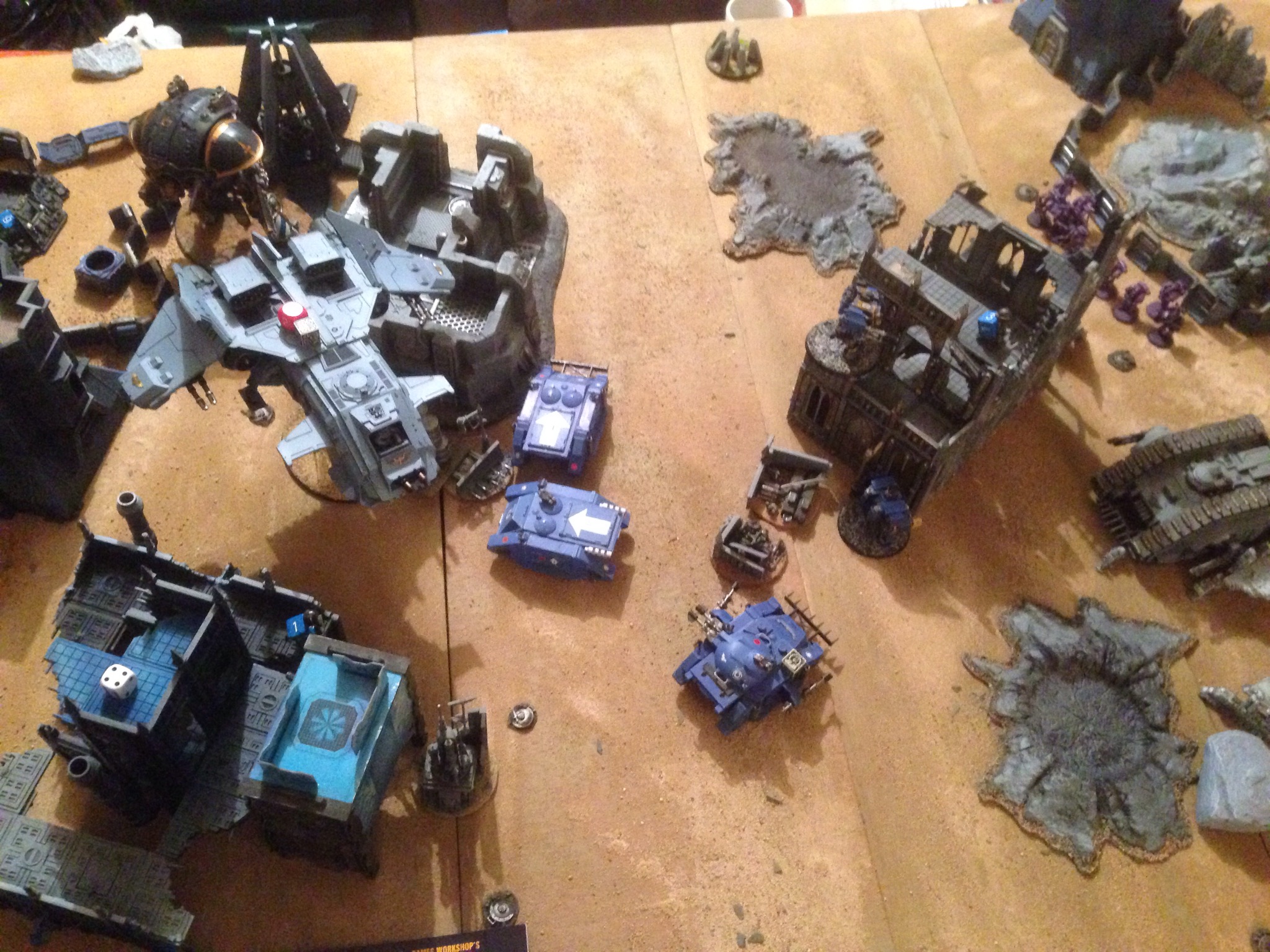 Ben started the game by dropping his centurion and Verteran squad into my deployment zone. His aggressive tactics resulted in a gradual dwindling of my units. 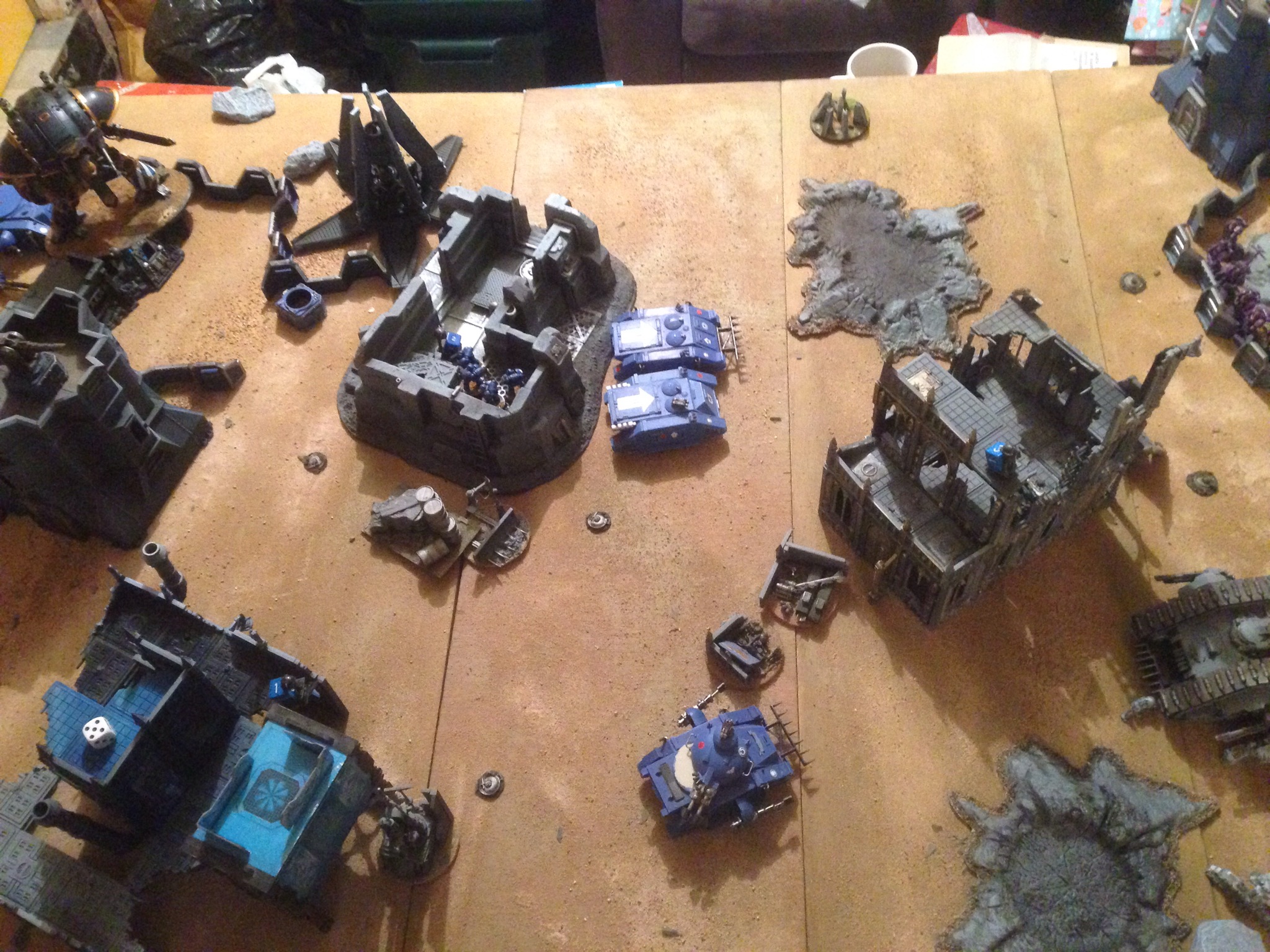 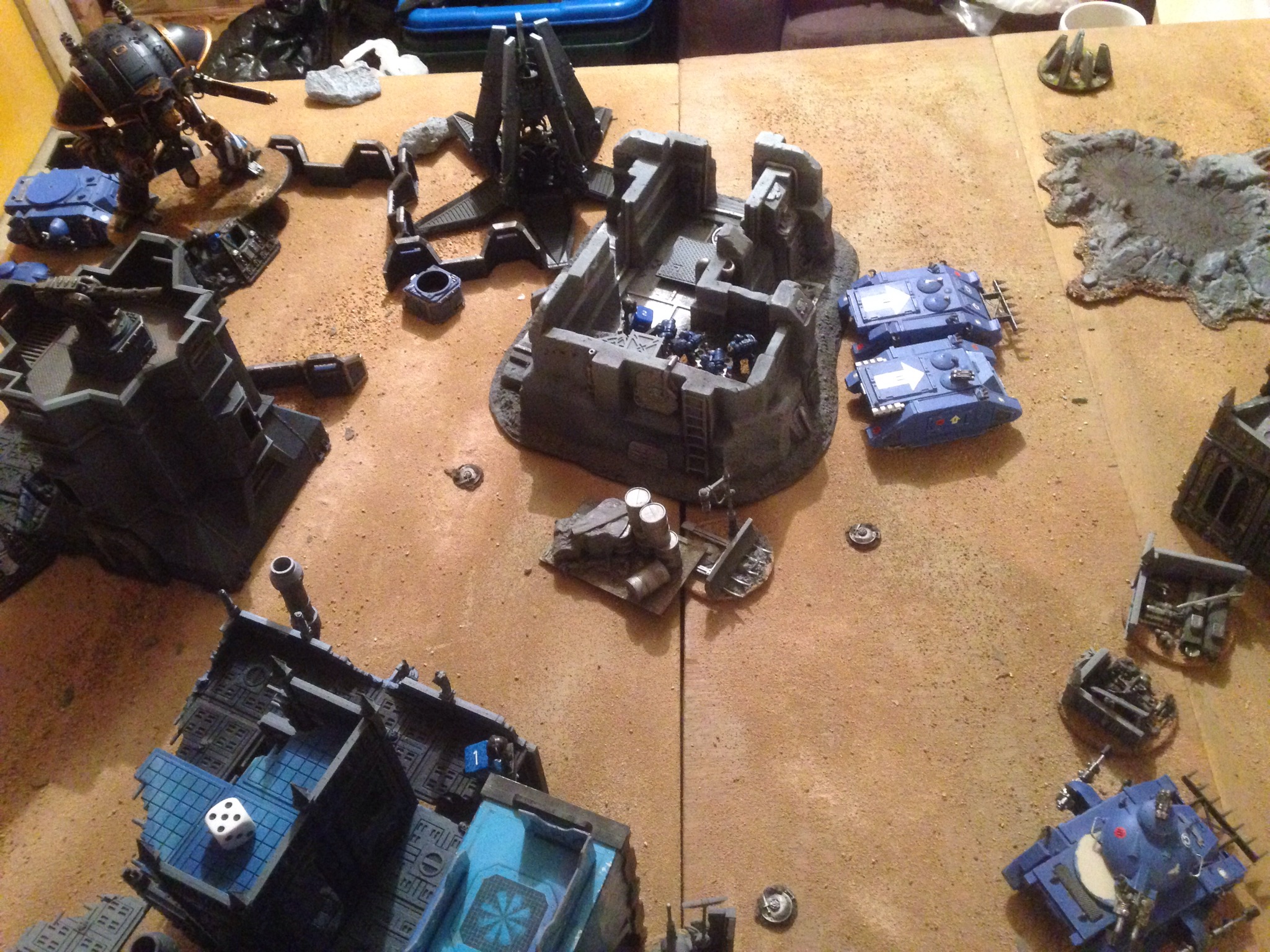 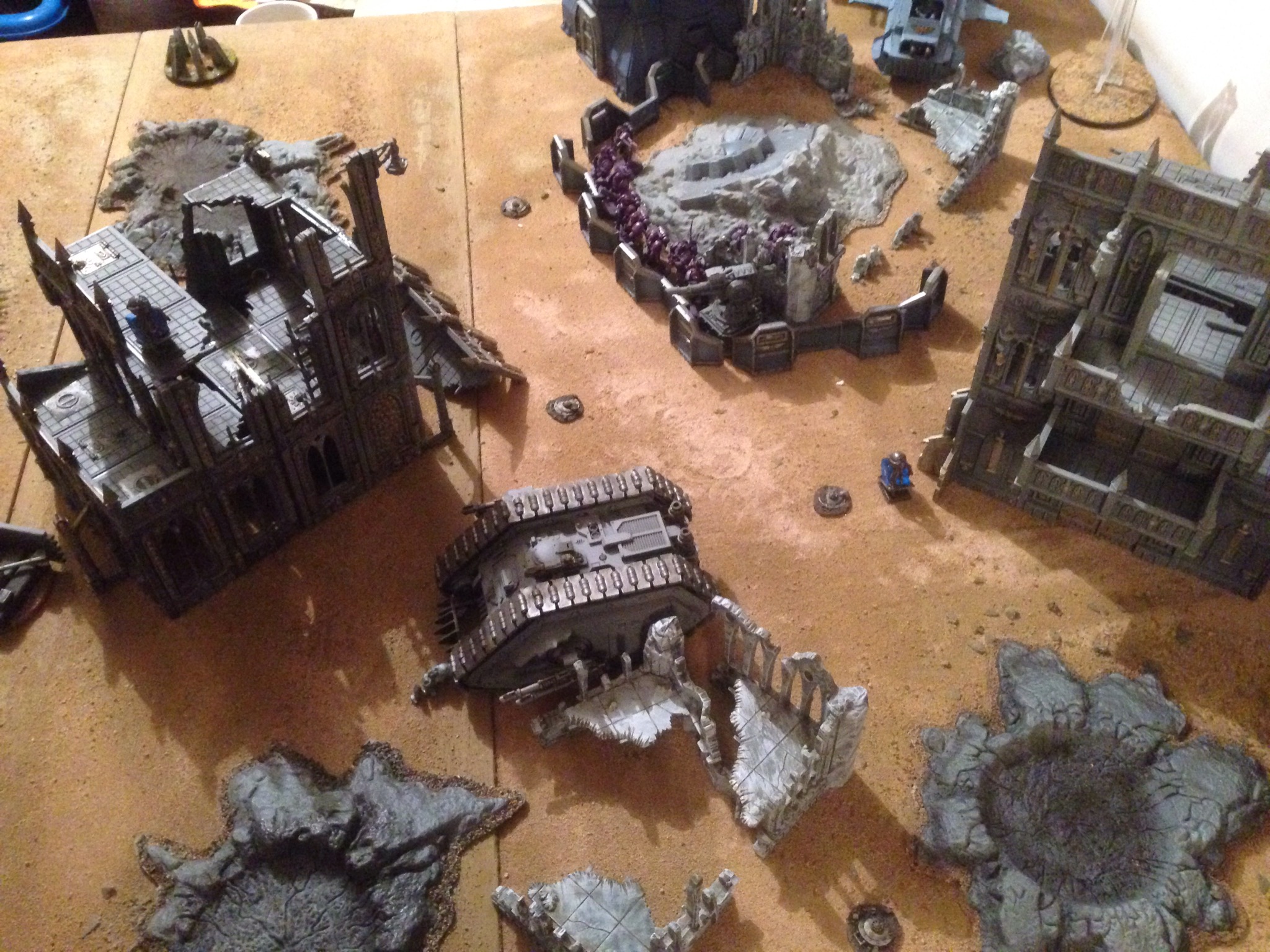 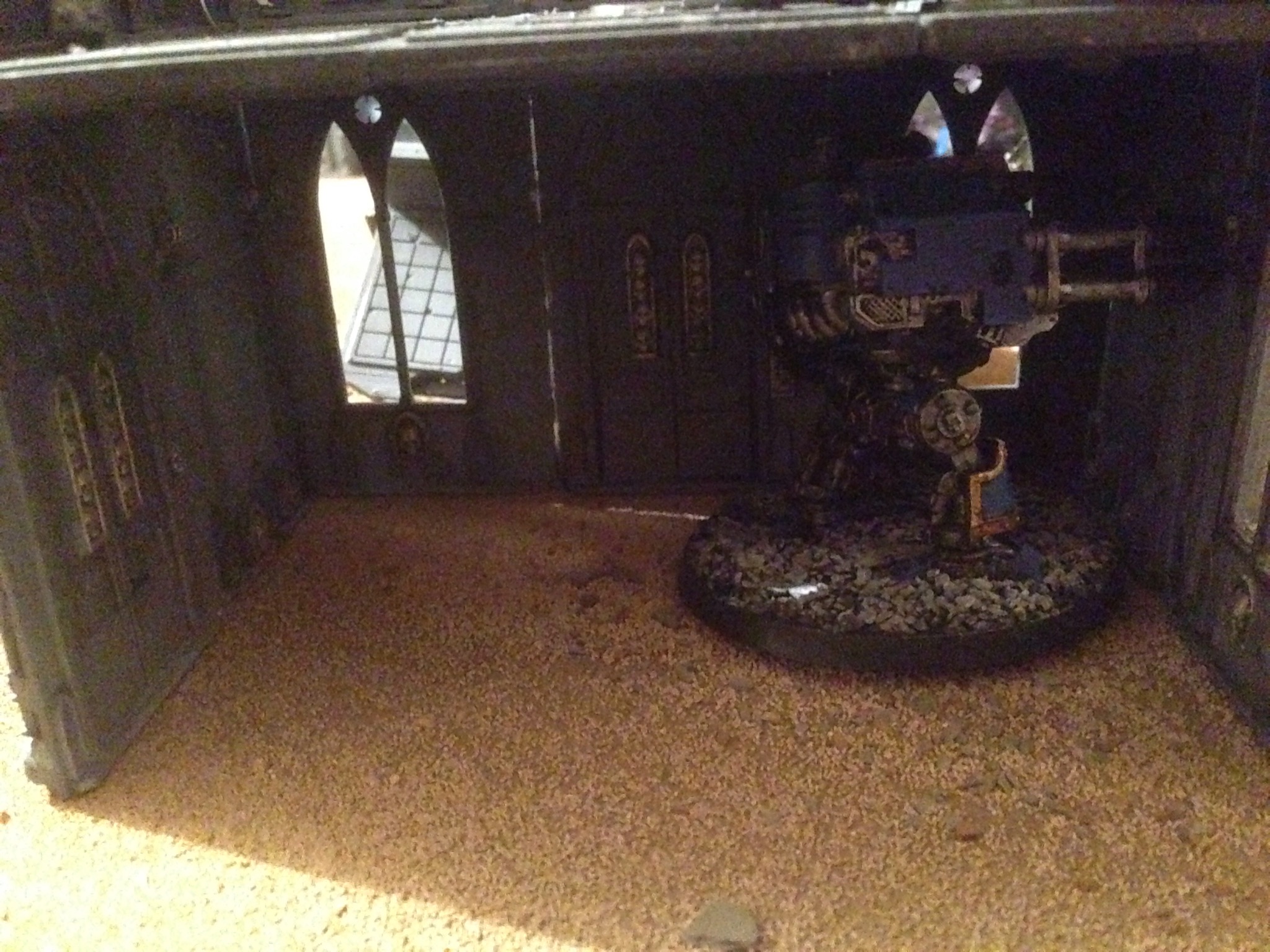 By the end of turn 6 my forces had been reduced to 4 legionnaires and a single Dreadnought, while Ben still had his knight, Storm Eagle and a full tactical squad. Fortunately for me the game ended at this point and due to completing more of my mission card I had secured the most victory points. While I won the game it felt more like a loss; given how little of my force where left.