There was a lack of Grey Hunters and Other packs in Golden Demon, but no shortage of Space Wolf characters and Dreadnoughts. I guess this is very much in keeping with the new Space Wolf models Games Workshop have released this year.

Starting of the Heros of fendis is none other that the Great wolf himself. However this entry depicts Logan Grimnar is his time as a lowly Wolf Lord and not Champion of Fendress. This impressive entry also depicts converted Space Wolf Terminator Heros. I like to think these represent a younger Ulrik in Terminator armour and a heavy converted younger N’jal Storm Caller. 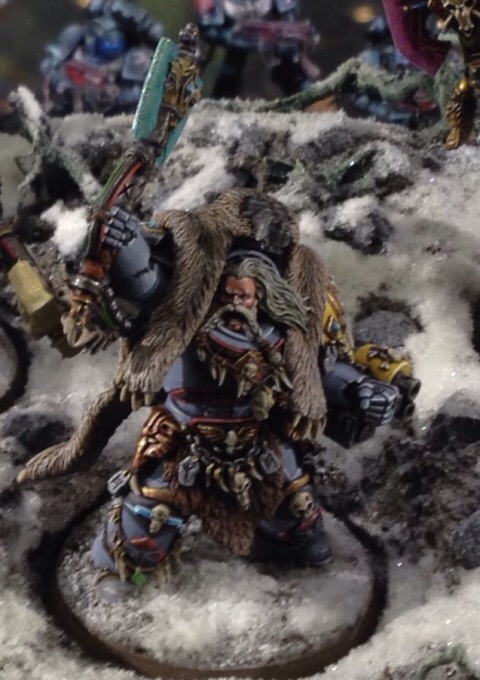 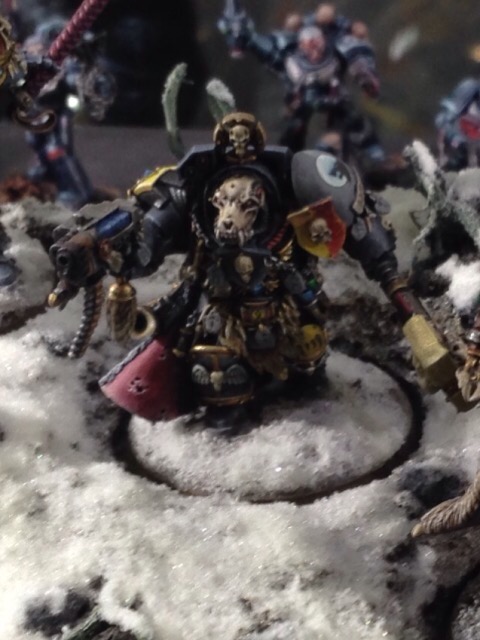 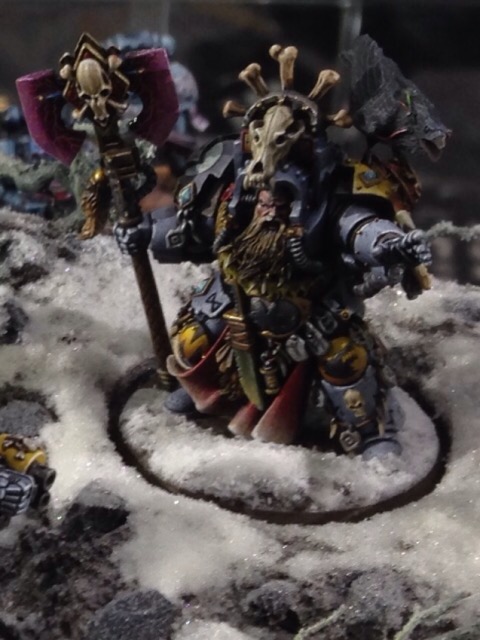 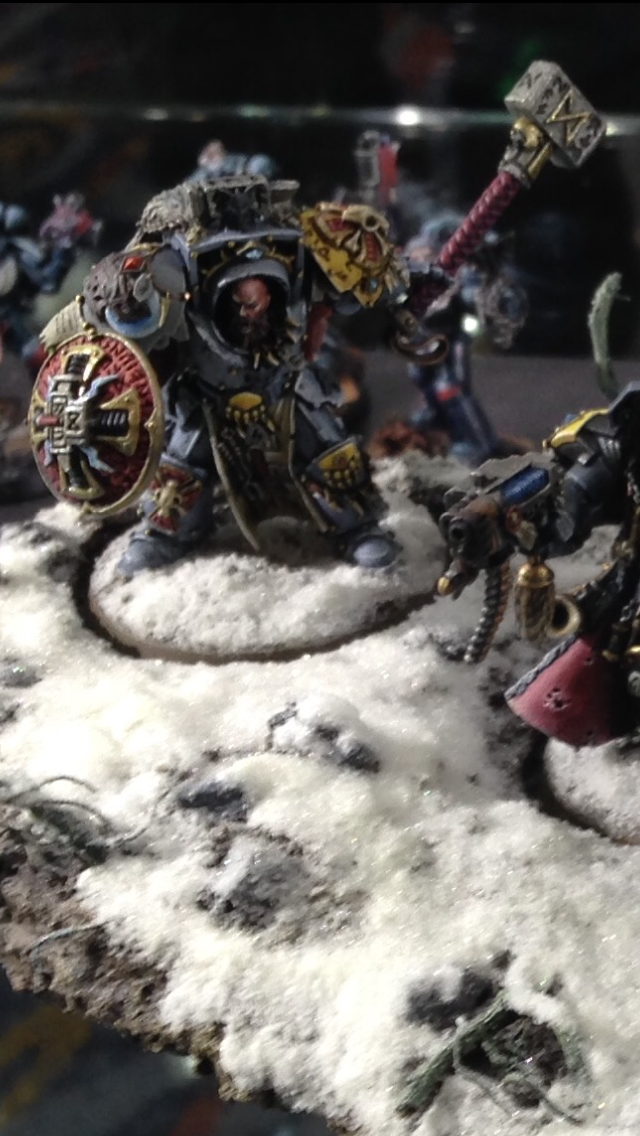 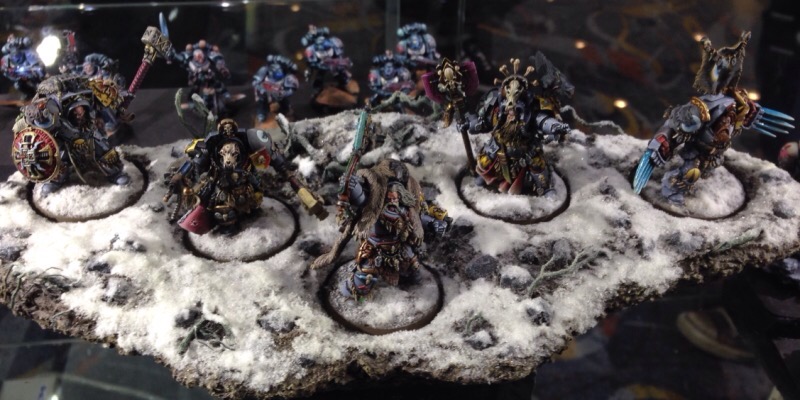 There was only one Space Wolf in the Single Miniature Category this year. So who ever painted this model can claim to have the best Space Wolf in category by default:) 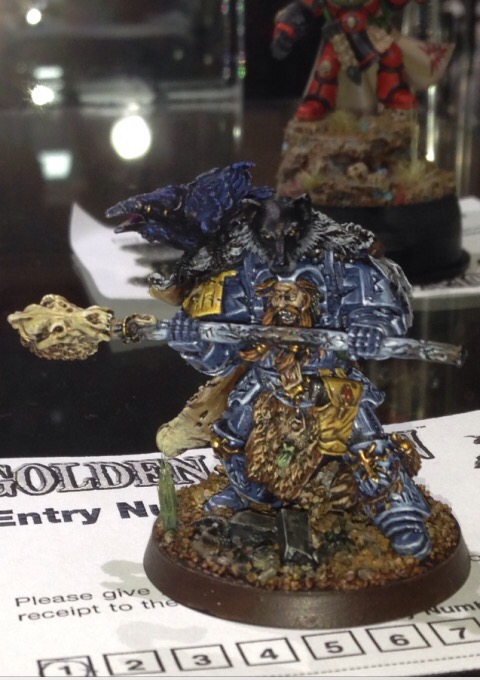 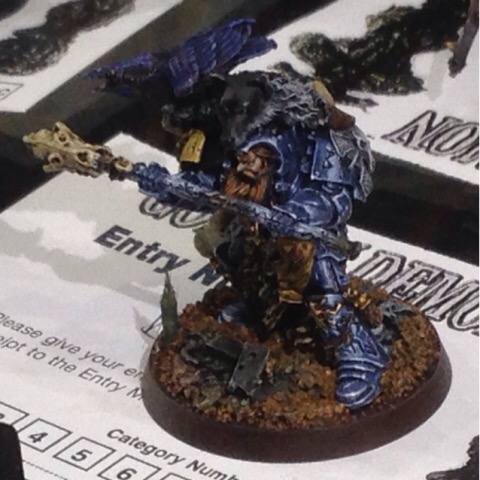 I have of course forgotten the three Amigos 😉 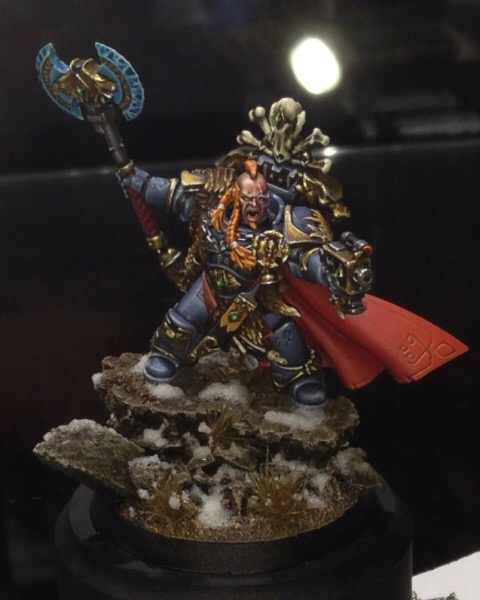 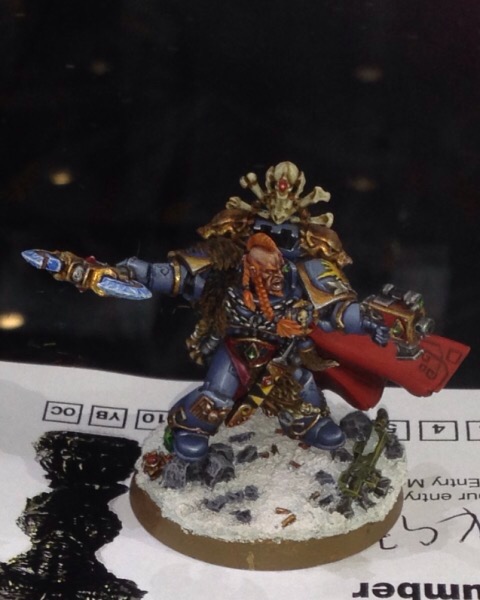 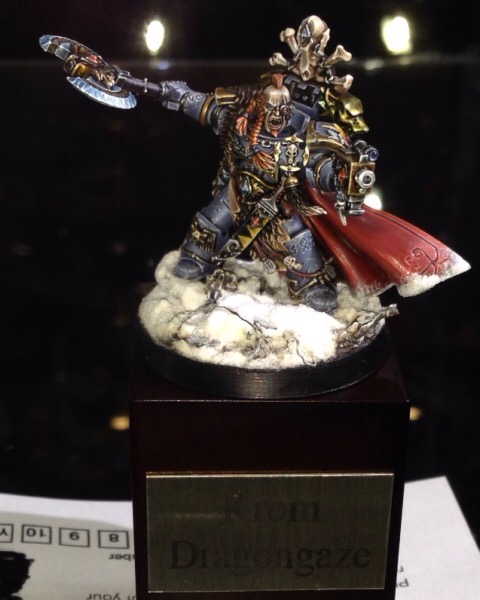 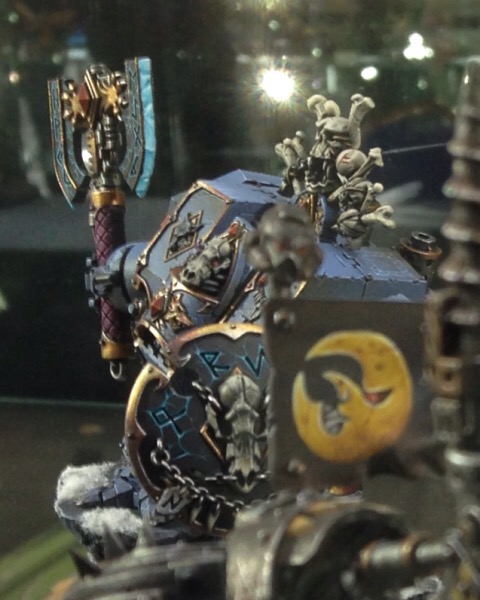 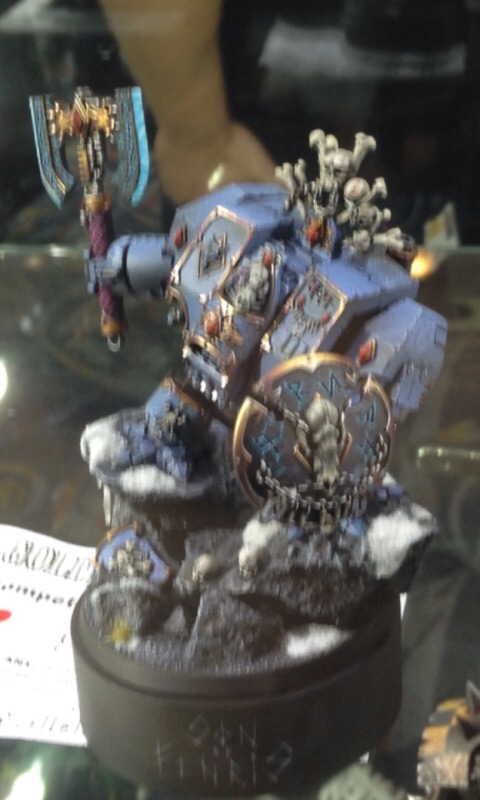 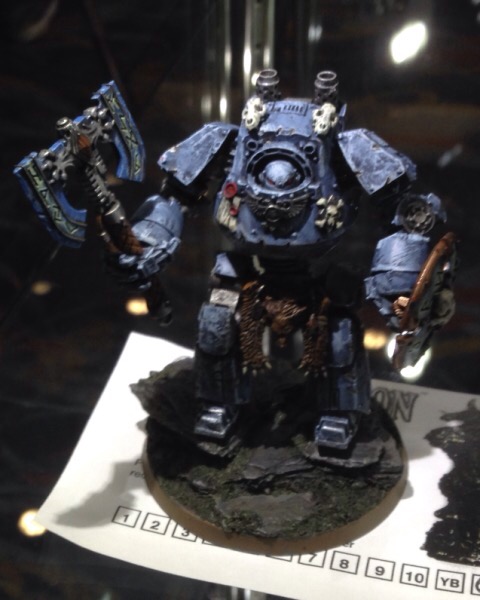 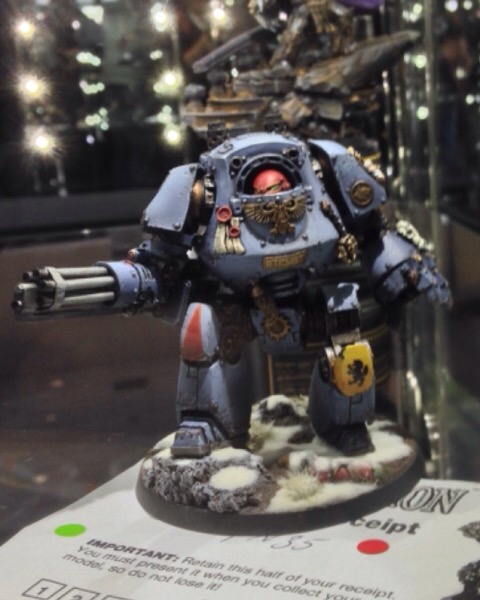 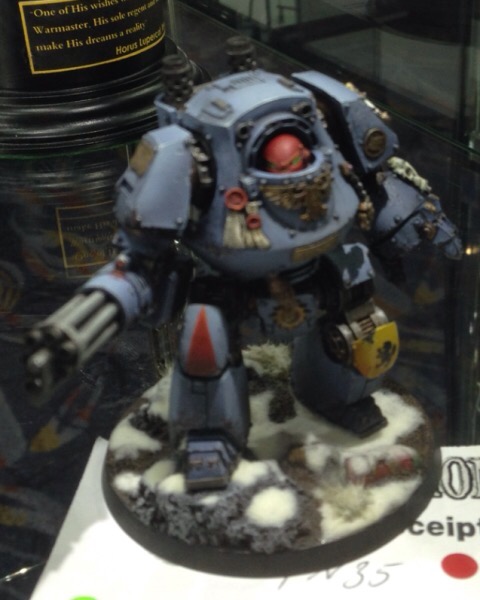 I’m afraid my photo quality is not good for these last few. 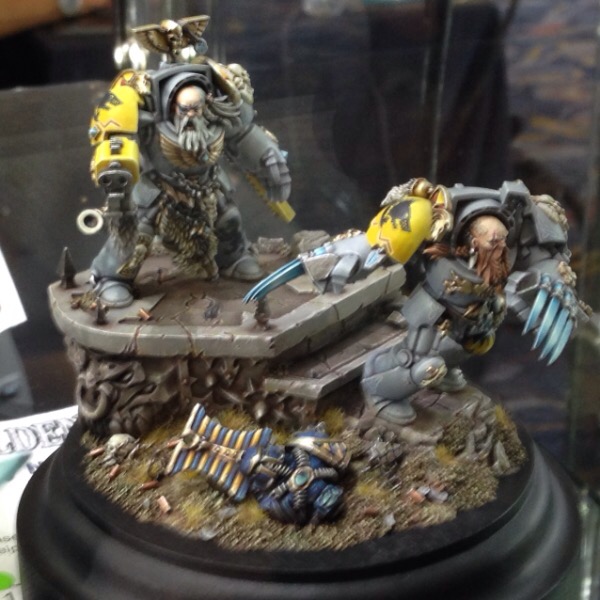 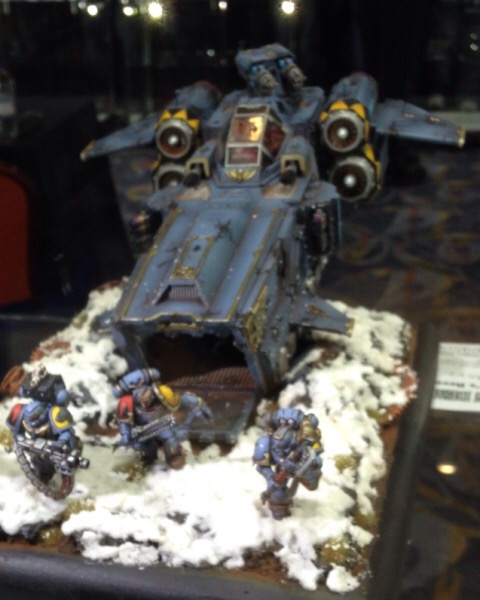 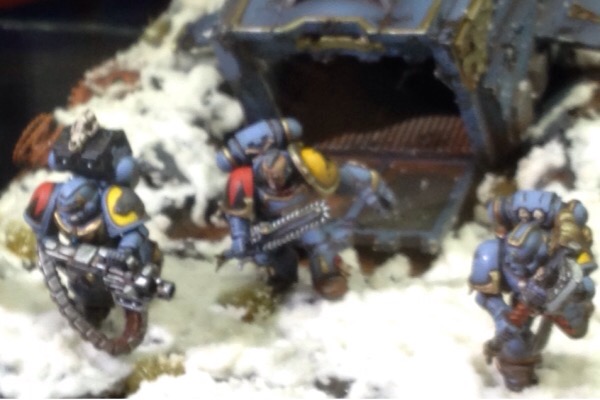