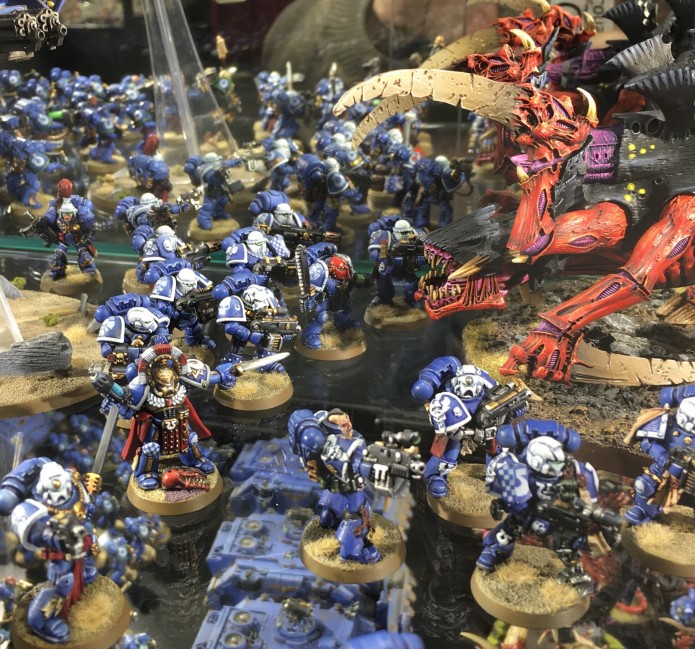 This collection of modern and classics Ultramarines and Tyranids was displayed in a special exhibit at Warhammer World in March 2016.

I believe these models belong to Garfy one of the painters who blogs on tale of four painters. There is a post on his tyranid attack box set here. It’s very possible GW will release this set again in the future, with updated models. I’m sure it would be very popular if they did.

The first ever Ultramarine Captian model

The first plastic space marine scouts. The sergeants had a better armour save than the scouts back in those days.

These are the first plastic Terminators GW made. They are very hard to paint well as the detail is very shallow. This is probably the finest paint job I have ever seen on these models.

This is a very reto Hive Fleet paint scheme. Comments welcomed if you know what it is called.

March 2016 was also the fist chance I had to photo the Tau vs Admech display at Warhammer World, which is still on display. If you haven’t had the chance to make it to Warhammer World I would strongly encourage you to do so. I try to make it there are least once a year.