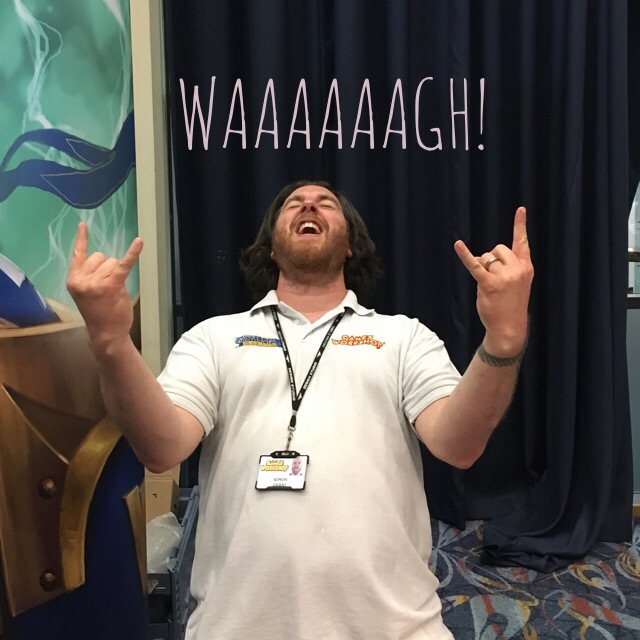 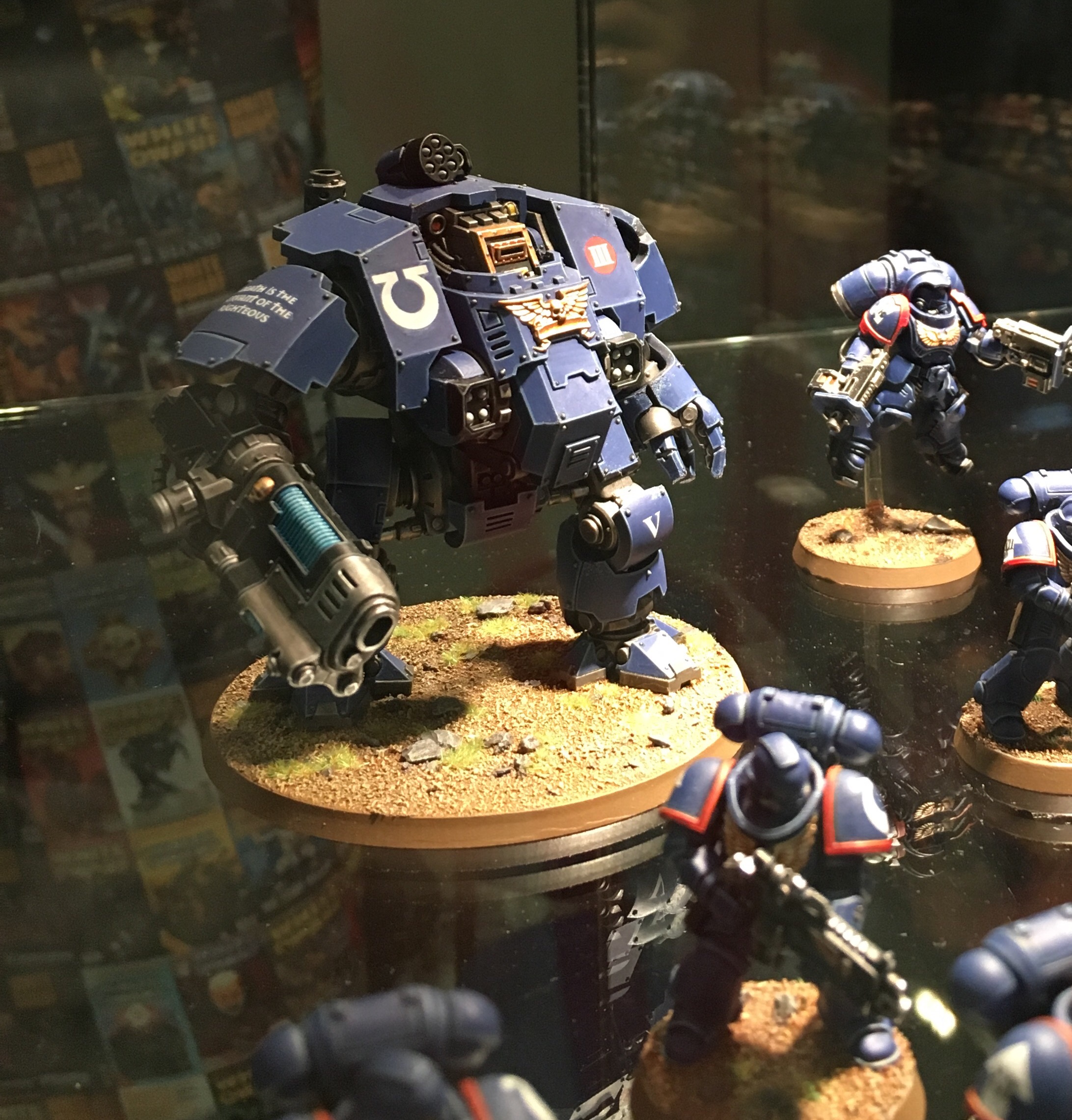 The contents of the new 40k box set

The new Primaris Marines Edition Space Marines may not be everyone’s cup of tea. The new Nurgle models have sure gone down a storm.

I can’t report much about how the new 40k Eighth Edition rules play. As we didn’t get a copy during the Warhammer Fest demo game. The member of GW staff overseeing the game didn’t appear to know them either. He just knew enough to show us how awesome the new marines with plasma guns were; and how they won’t overload unless super charged.

Forgeworlds only had a single display board at Warhammer Fest this year. Forge World may be facing a few challenges at the moment given the said death of there lead Horus Heresy writer Alan Bligh. It was surprising to see them up staged by the studio for once. It appears things are changing at Games Workshop.

Forgeworld had a few of their new Thunderhawks on display at Warhammer Fest. Its a fantastic model, with some great refinement of the original design. There were some questions about why it didn’t make it into plastic. I understand the resources required to do it would have taken up all 40k development time for a full year. I have heard there may be an attempt to do a smaller new flyer in plastic for the Space Marines. Something more along the lines of a Storm Eagle.

This was the highlight of the new models on display for many. Personally I’m not sure about the new front plate amour, however these things tend to grow on you. I was told all the front plates are detachable for ease of painting, also opening up conversion options. Like the Forgeworld Contemptor Dreadnought this model has lots of options for how the kits is built. Including positioning of the legs, arms and even the fingers on the power fist.

There was a fab display for the Warhammer 40k 40th anniversary, including lots of Rogue Trader models. The Rogue trader book was also on sale in the sales area. Spot a very small but impressively scratch build Baneblade at the rear. Also the Landraider and Rhino kit-bashed to make a Spartan and Sabre. I love seeing these old models. They always bring a smile to my face. There were also a few entered into Golden Demon.

There one one surprising bunch of old models on display! Might is be we will see some short abhumans return to the 40k universe? Do you see how I managed to not reset the clock by saying Squat, dam it! 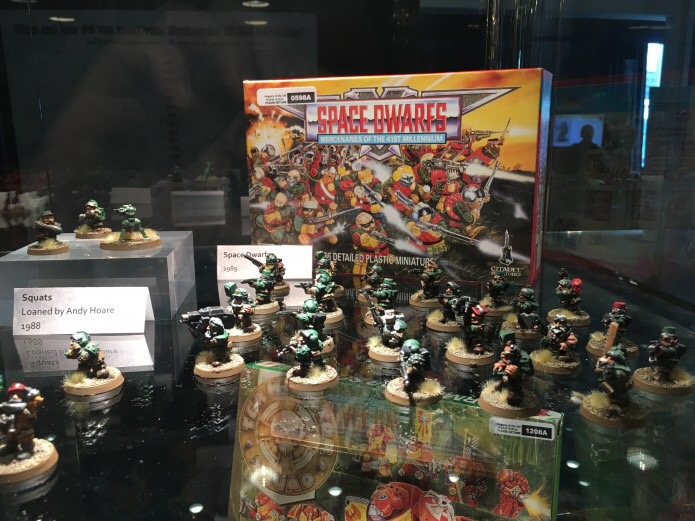 Somewhat shockingly less space was occupied by the GW sales area! Forge world spanned one of the short sides of the room. GW, specialist games, tee-shirts, black library all had there own area with tills and no queues. It was actually a pleasant and relaxed shopping experience! Although confusing as the sale area closed at 3:30, meaning I spent less than I intended to! Maybe this is a new Games Workshop which under stands there is more to the hobby than just buying the models? Or maybe after 2 day of Warhammer Fest the staff just need a break!

There were 2 full sized Crimson Fist Space Marines patrolling the hall ways. Along with a coupe of Imperial Guard. Keeping the real life armed police company. A sign of the UKs heightened security alert. 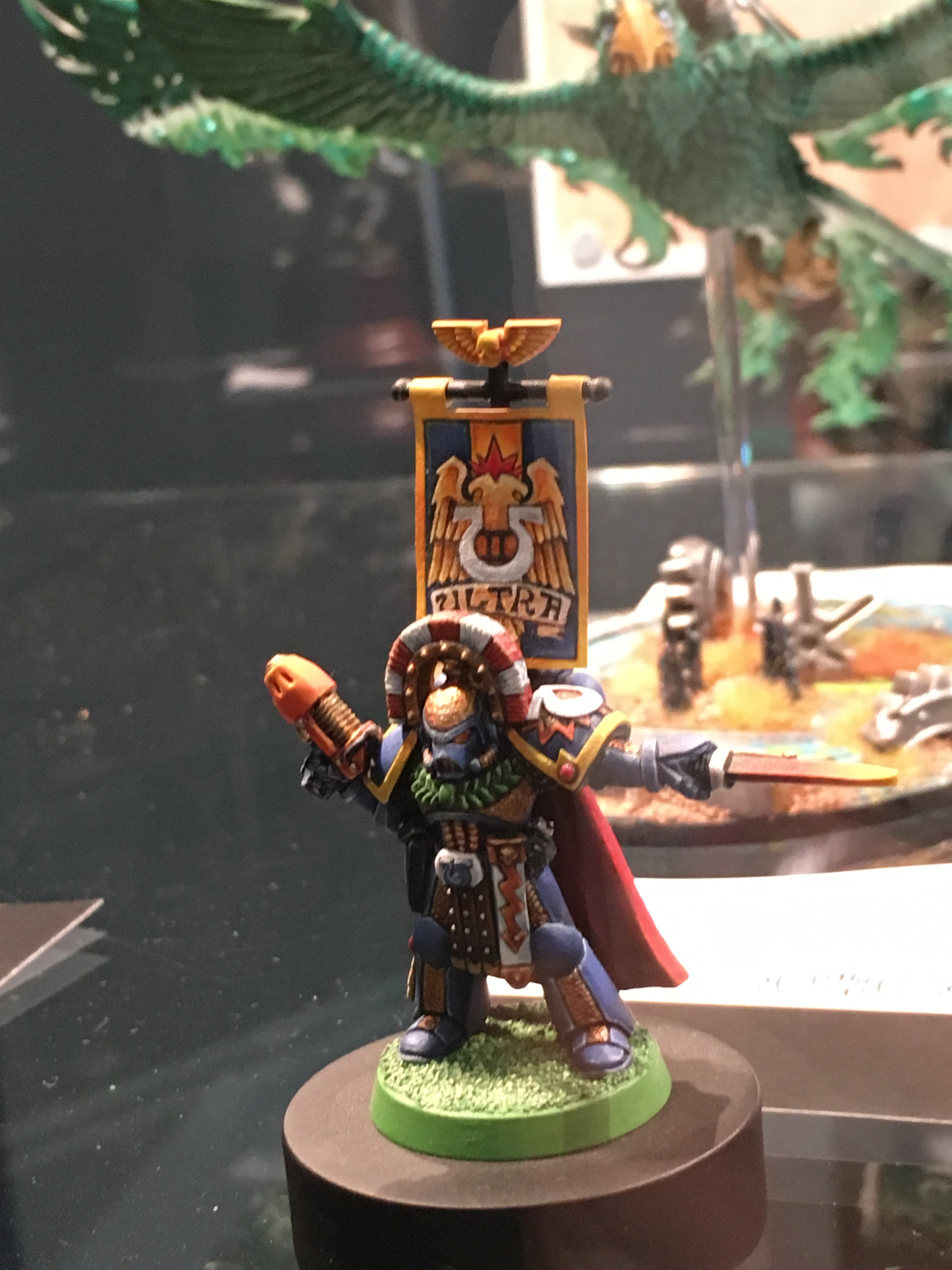 Golden Demon was, as ever, well worth a look. Unfortunately the display screen for the awards didn’t work so I have no idea which models won. Although GW have posted the overall slayer sword winner on their website. Shown below.

On a personal note, While the day wasn’t what I had expected it to be, and it never is. I’ve come away from it feeling very positive and will be going again next year.

This last photo was taken by Jon with no release form Simon Grant. So thank you Simon for proving you do Waaaaaaagh  and for being a fantastic sport! We’ll await the removal order from the Media Arbites

Simon Grant “This maybe the new Games Workshop, but we still Waaaagh!” Ok that is made up. I’m sure Simon would agree with it though.