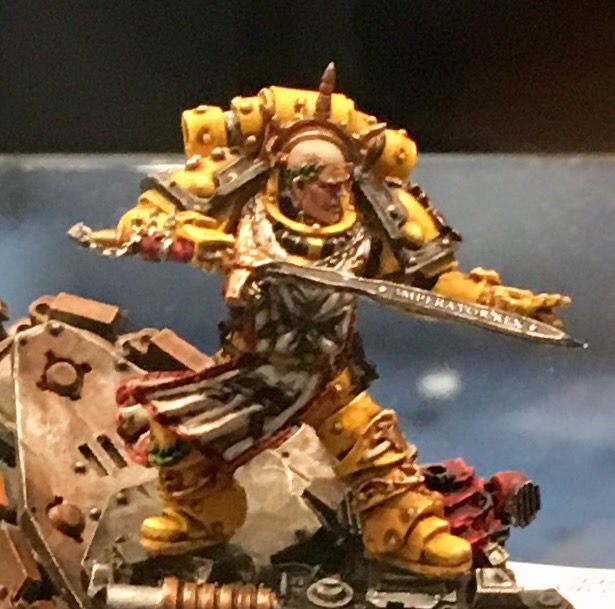 The Single 40k Miniture catagory is always one of the most popular and Golden Demond, 2017 was no exception.

This was the first set of photos from the day and unfortunately therefore the worst quality. I also got to this cabinet so early, they were a bit Spartan. None the less they were still some fantastically well painted models.
Blood Angel Captain

Built using the Master of the Recuits model from the Masters of the Chapter box set. The power Sword had been expertly converted for a Blood Angel power sword with a helmet and plasma pistol and back pack icon also added from Blood Angel plastic kits. 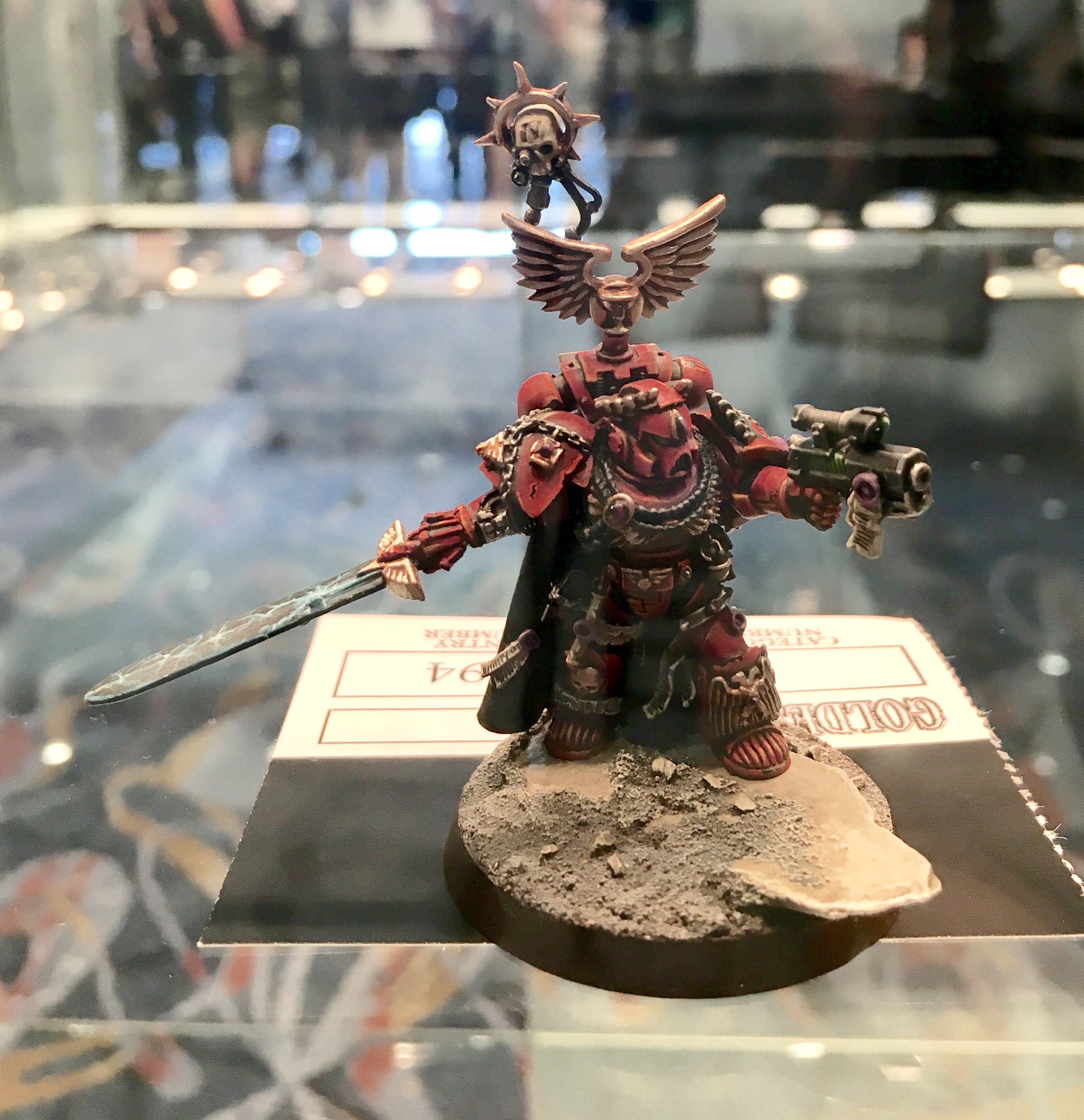 This is a strightforward use of the Storm Bolter and Wolf claw from the Space Wolves termintor kit. 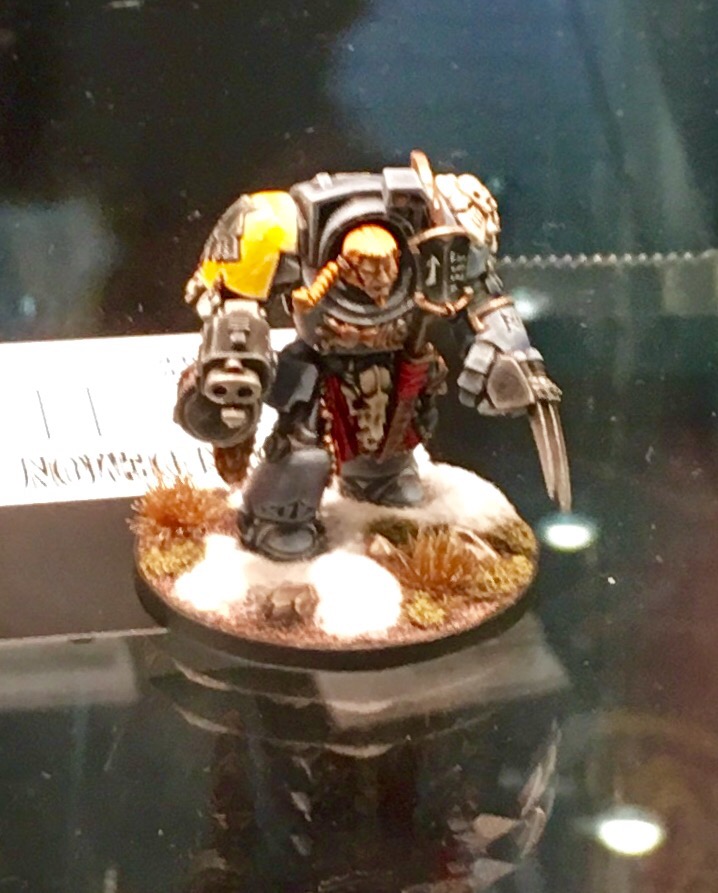 While using a modern colour pallet, the yellow plasma pistol is a old school nod back to the second edition days. 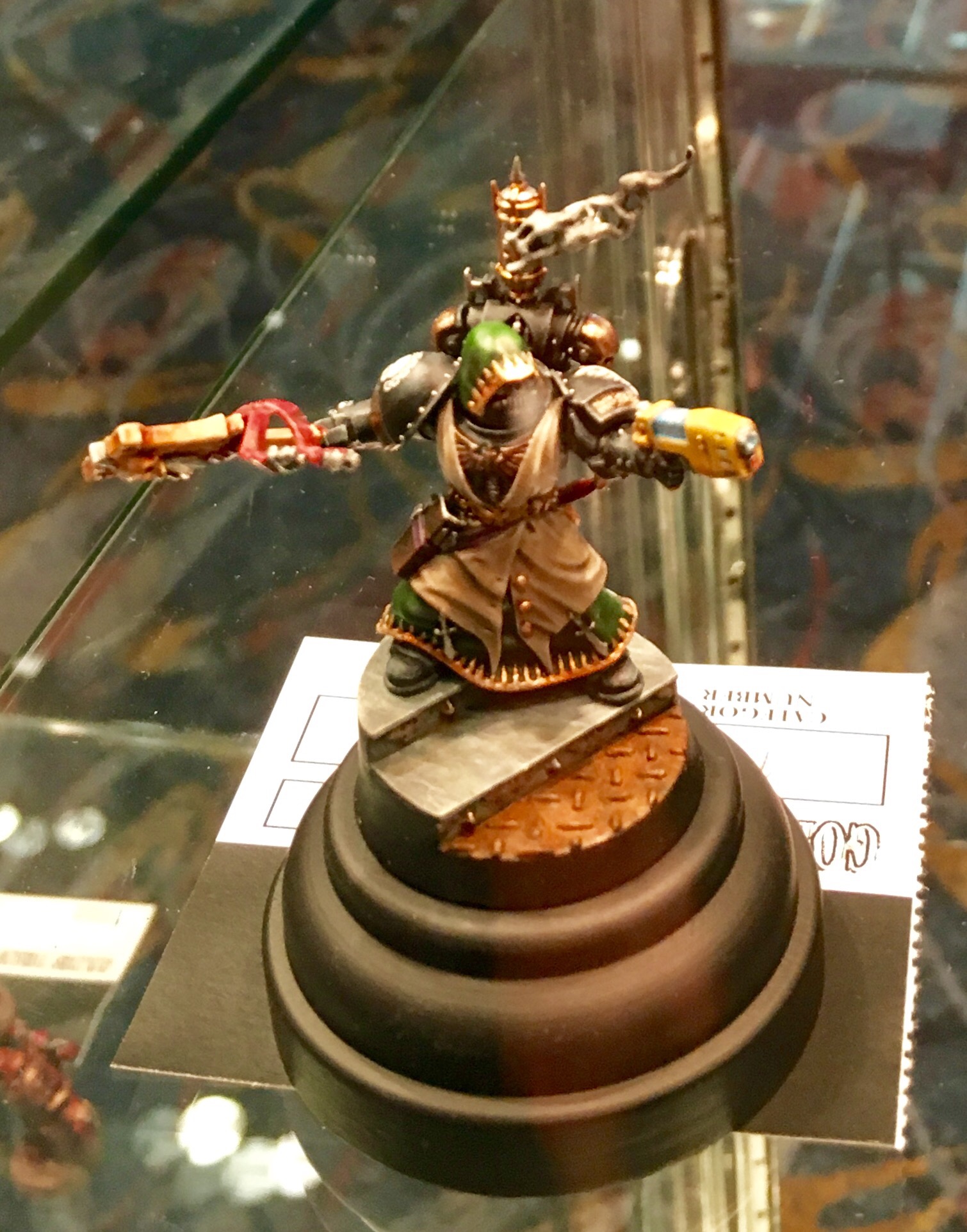 Dark tones have been used to make the red robes of the machine cult stand out adding some warmth to an otherwise very cold colour pallet. 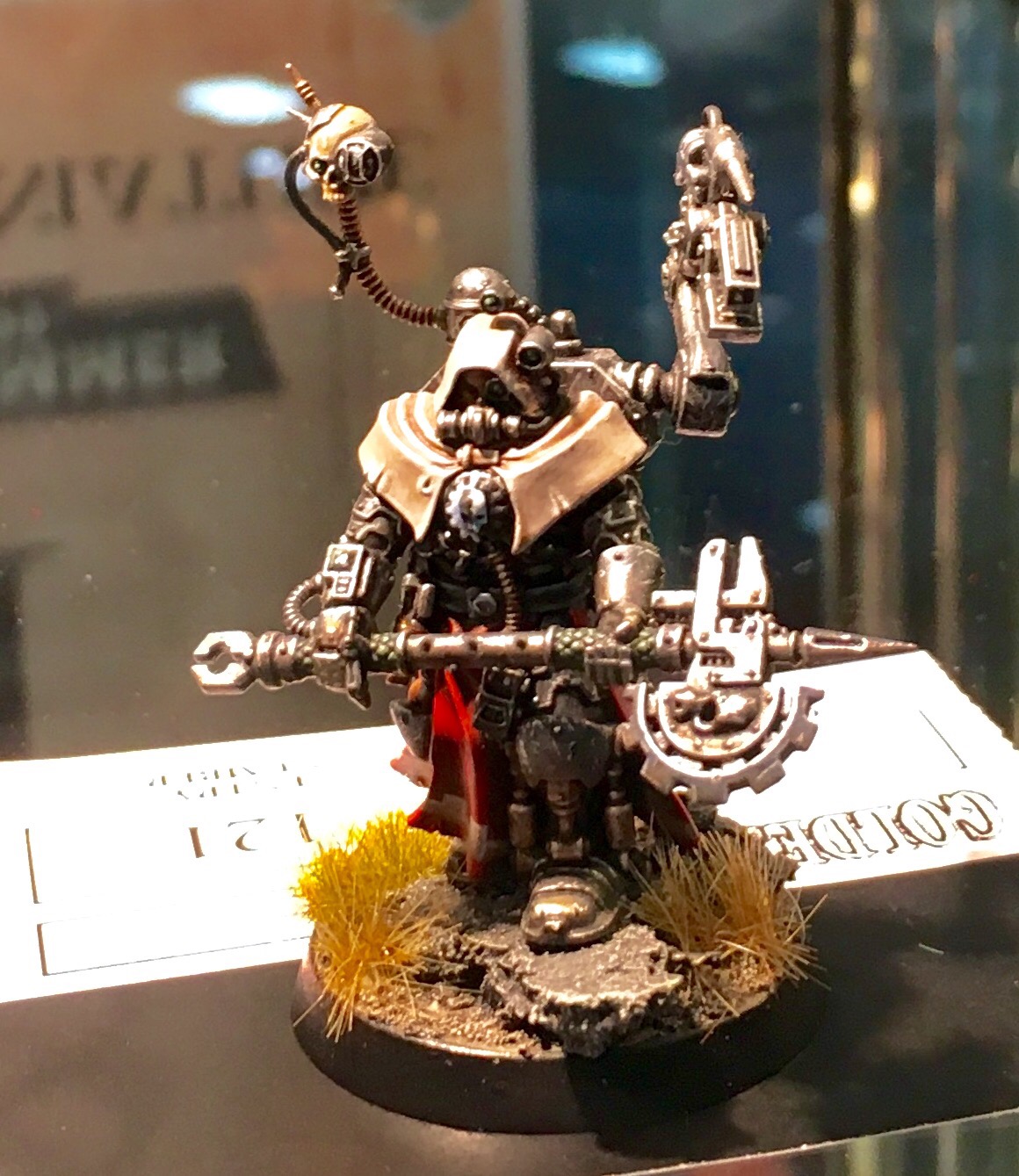 A straightforward interpretation of the Ultramarine Chapter ancient. The blue has been extensively blended creating a pastal colour tone to off set the darker reds used on to acsent the details. 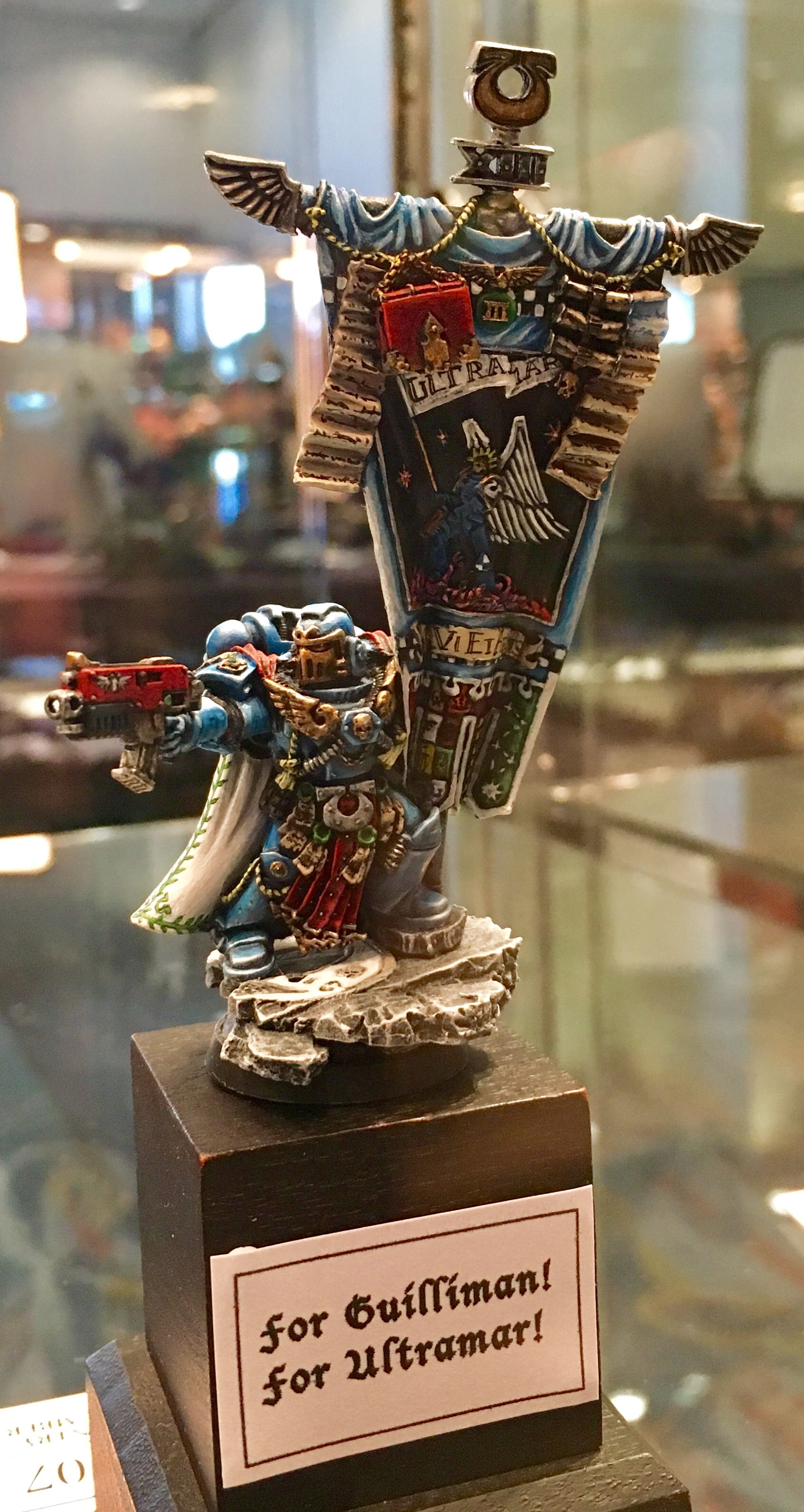 Every year it seams there is someone who replicates a Mike McVey paint job from the old days. They never do well in Judging but as a grey beard I always enjoy seeing them.

Made using the Ultramarine upgrade kit and a plastic MK4 space marine. The helmet has been painted white to reflect the Mariens service within the 1st company. 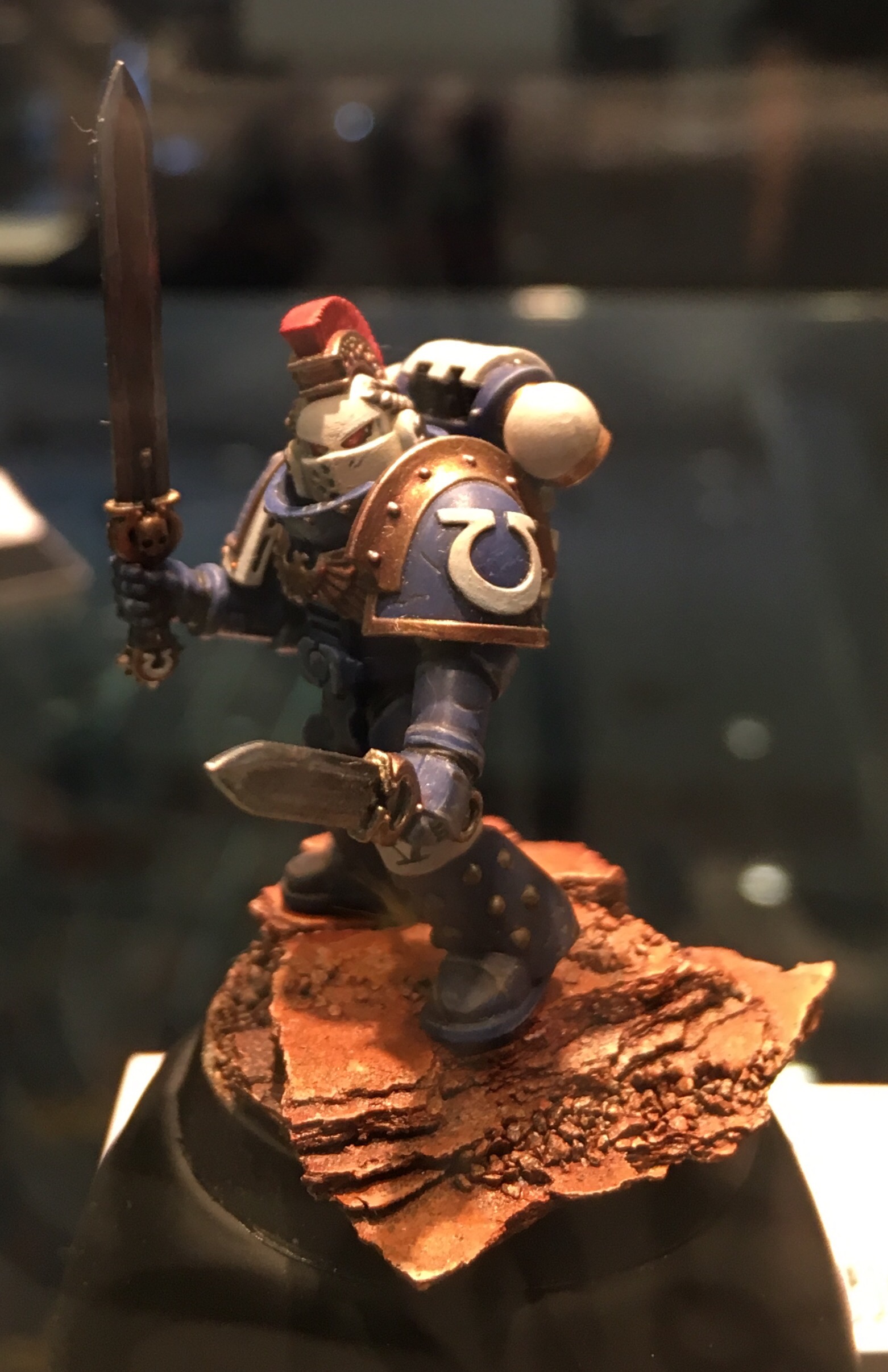 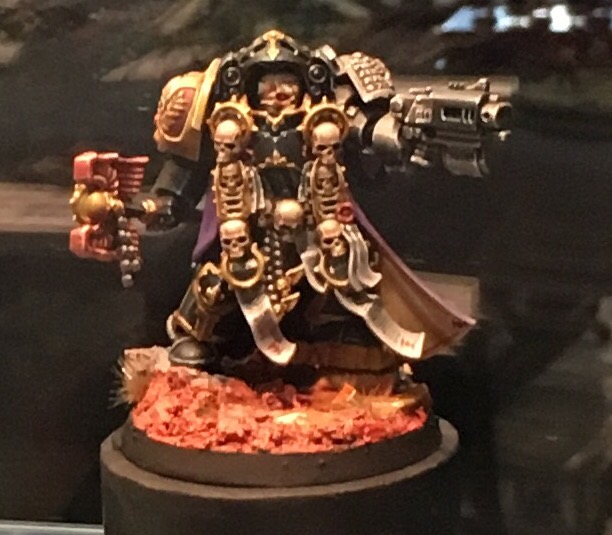 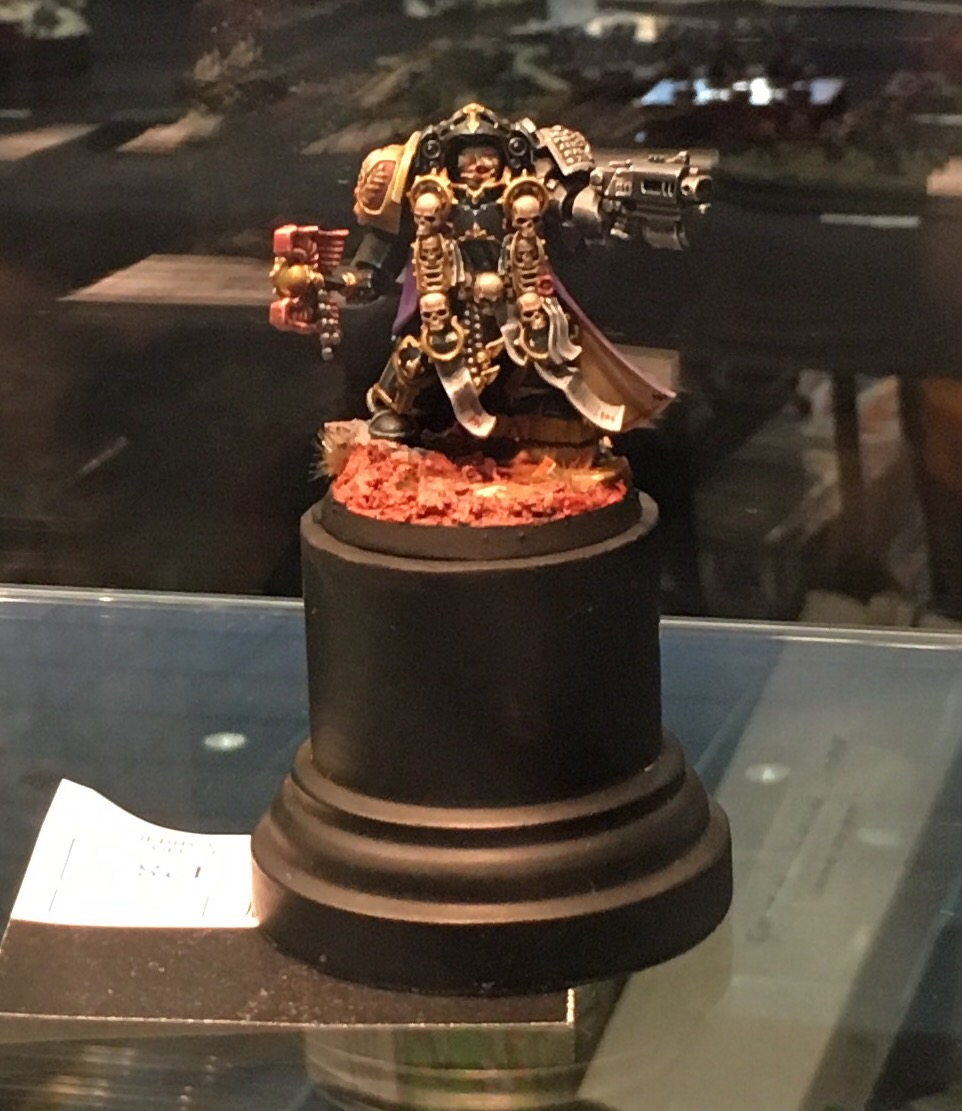 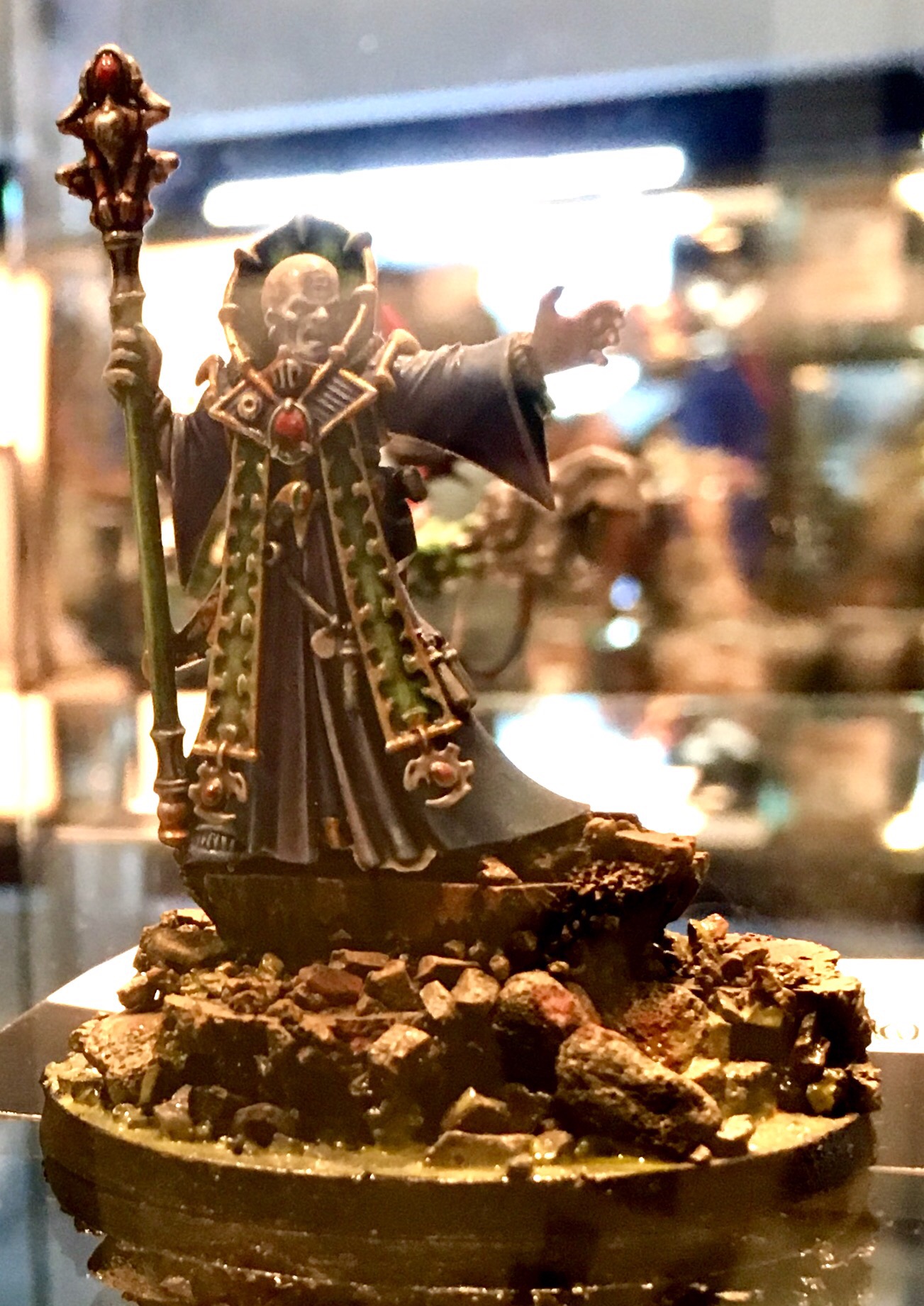 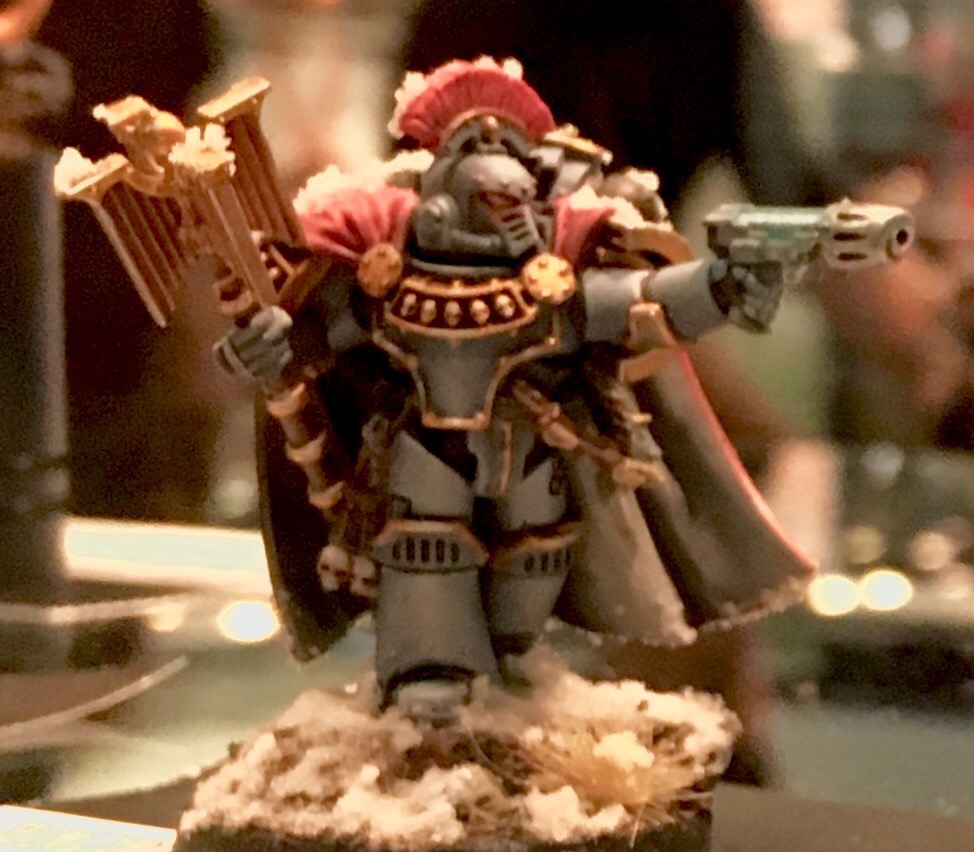 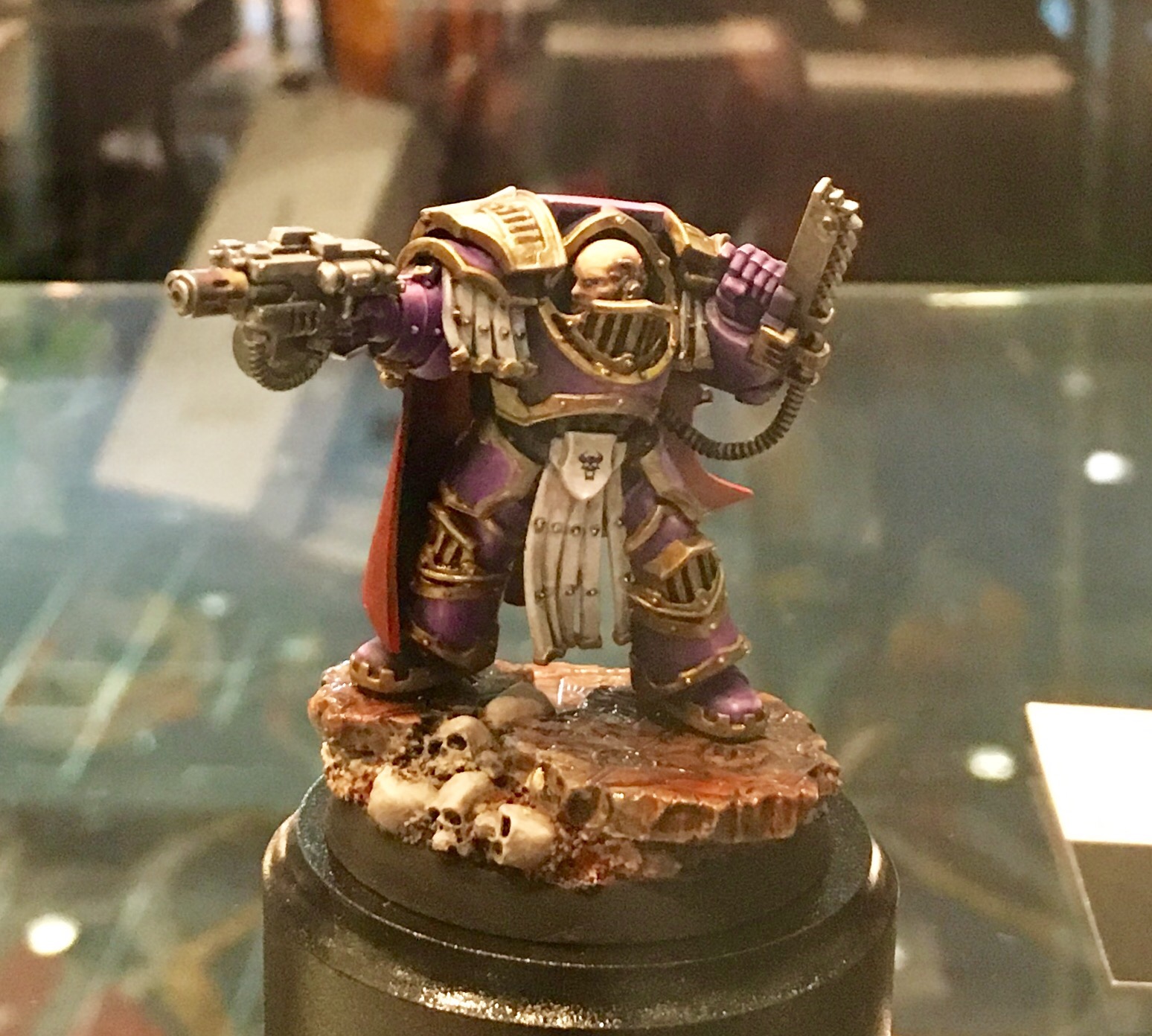 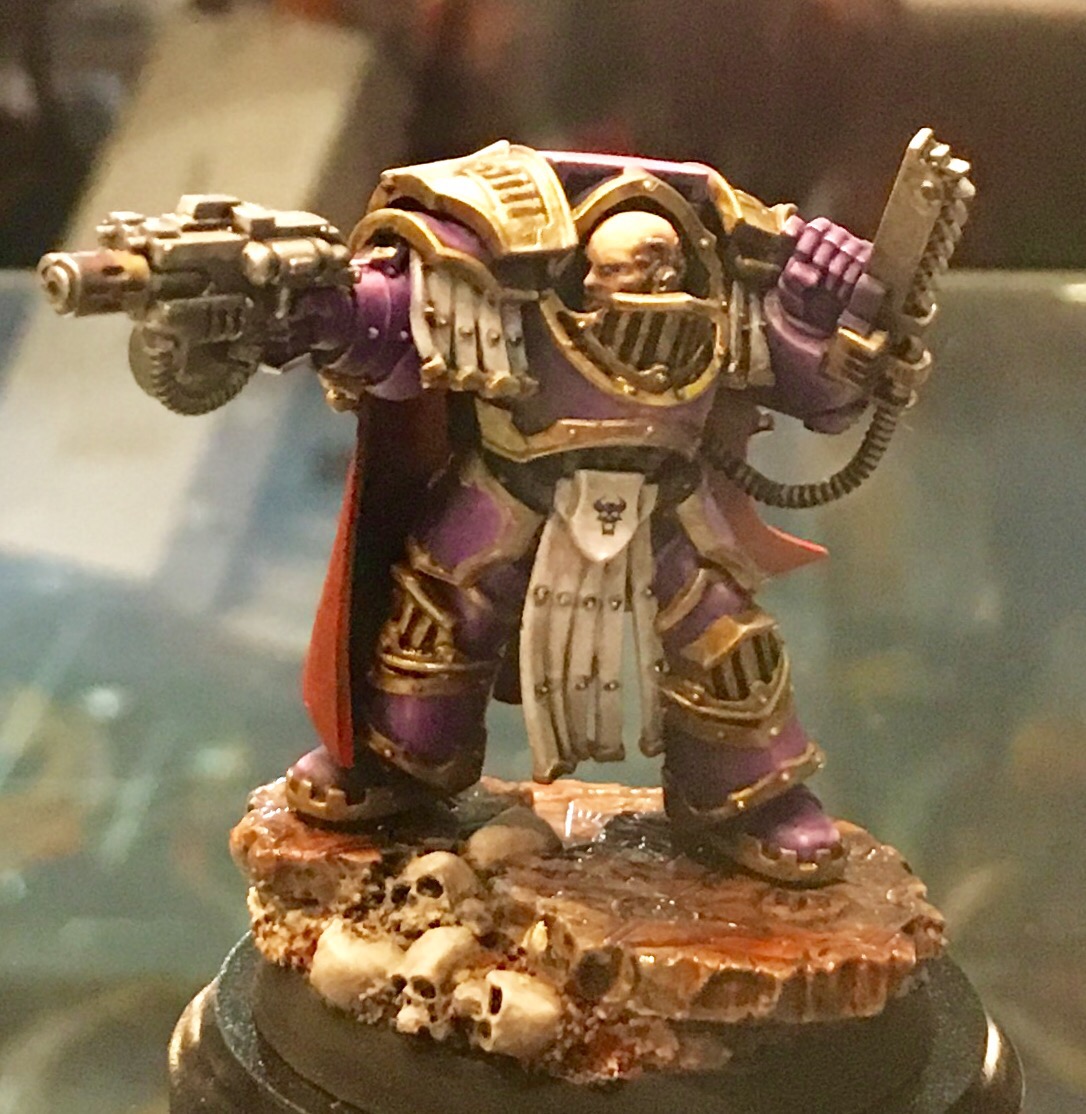 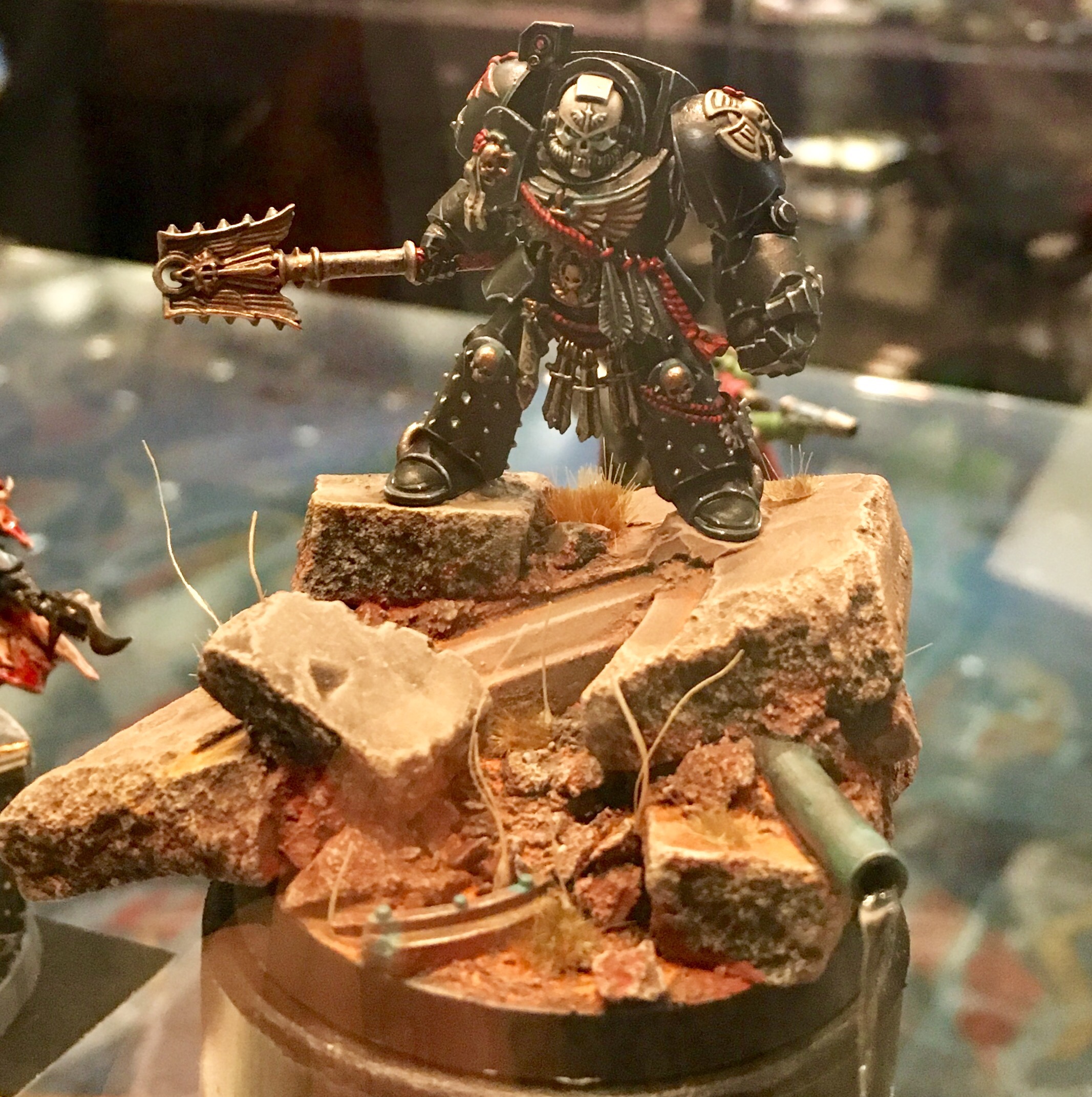 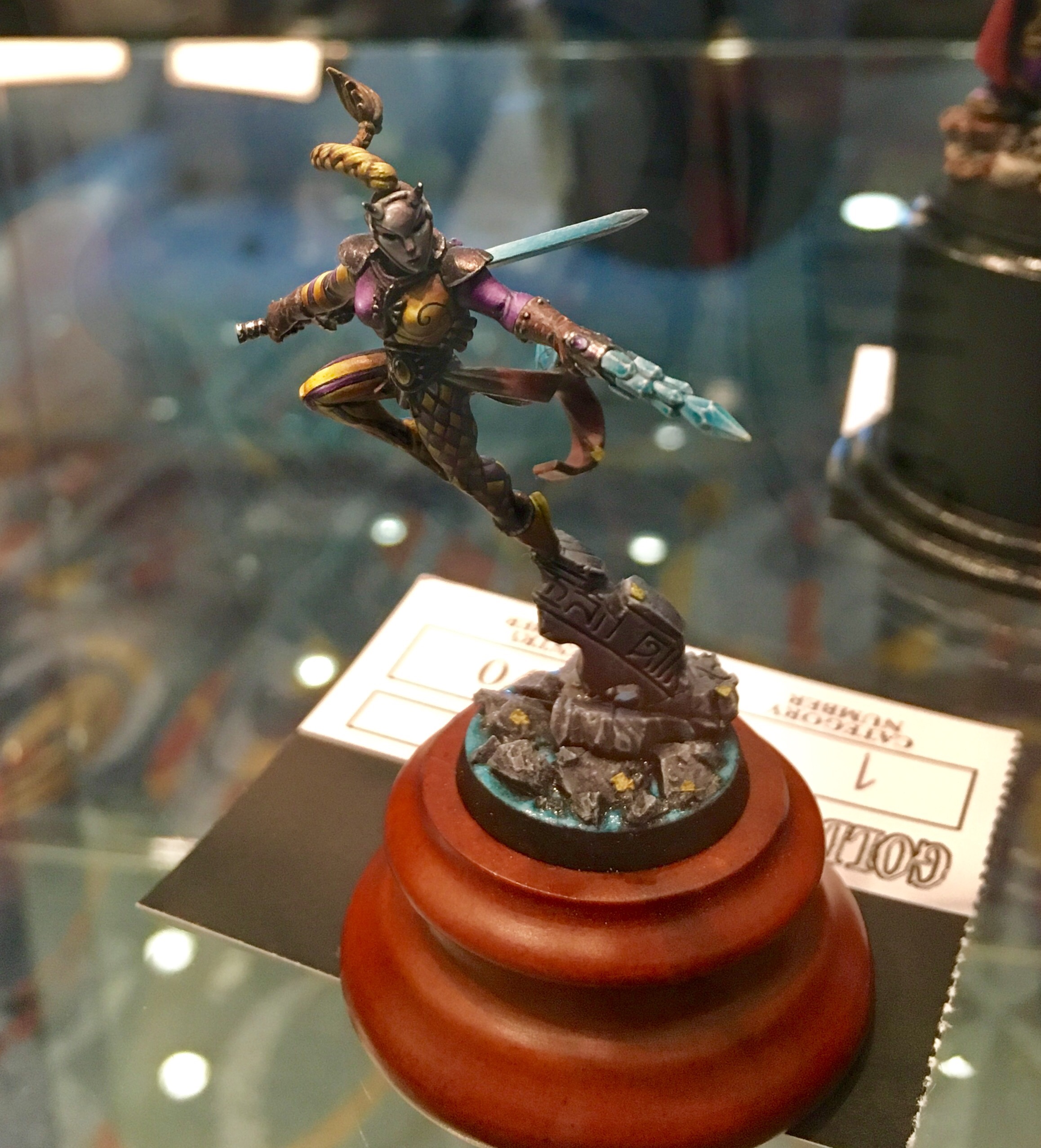 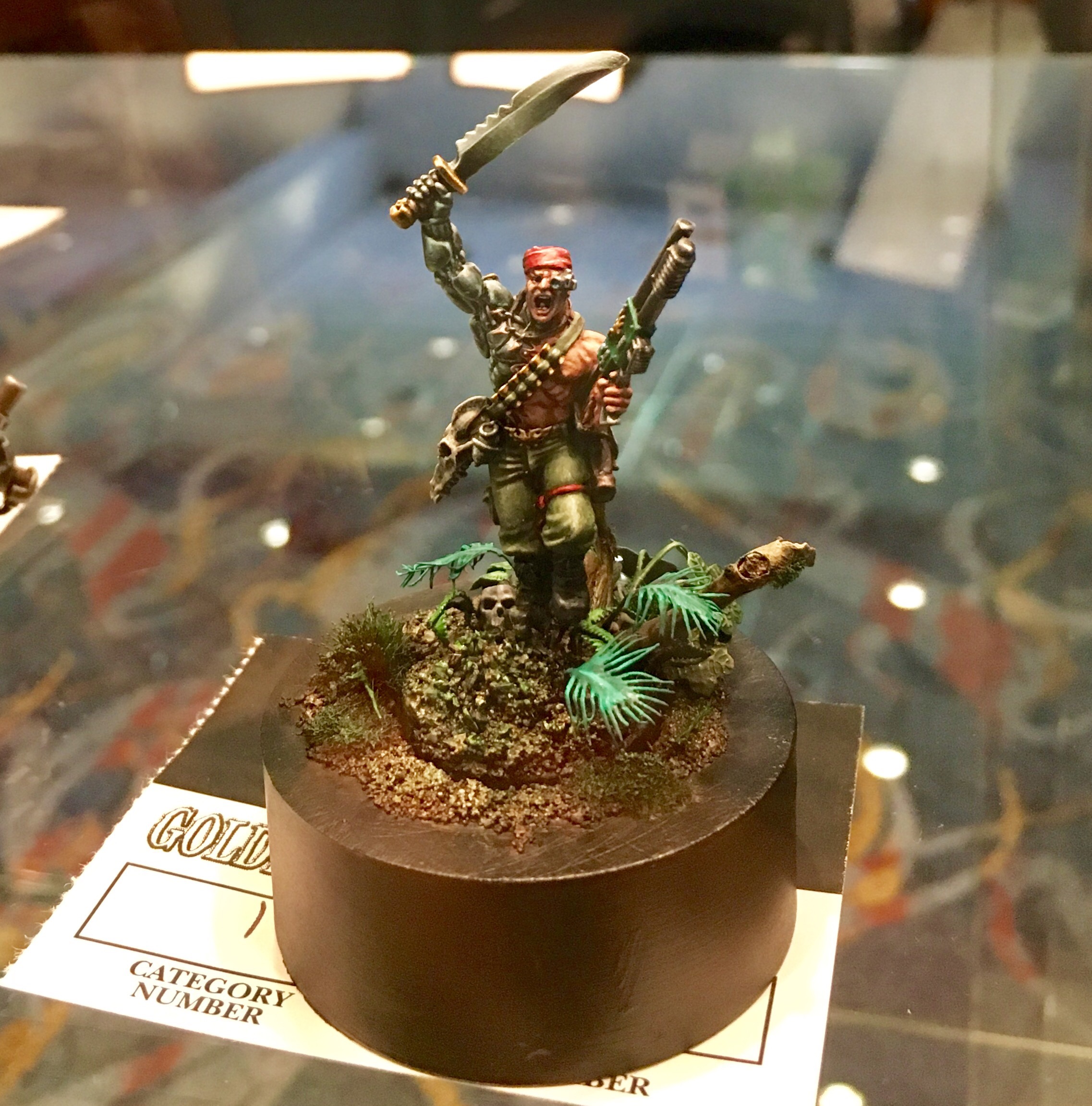 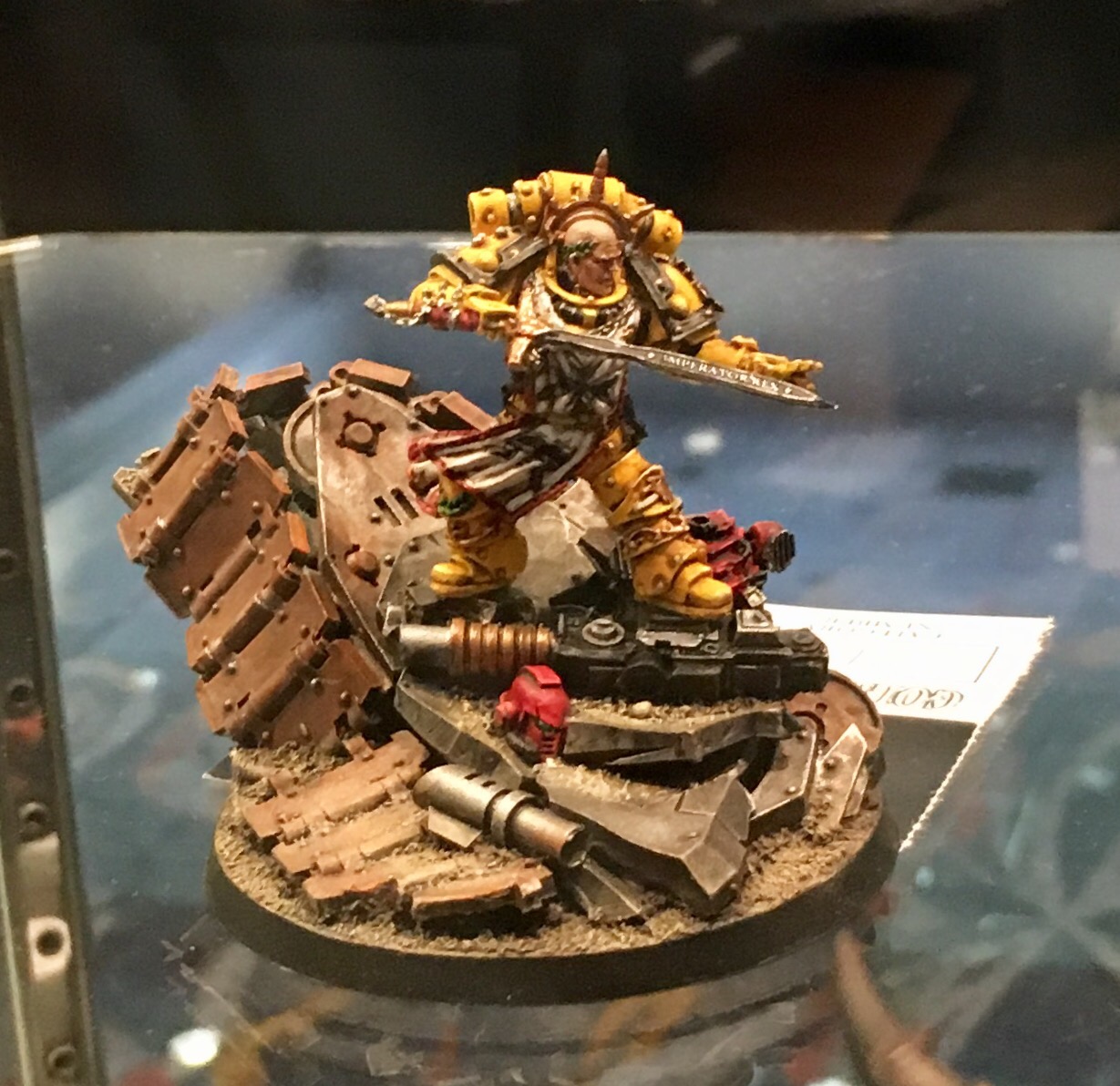 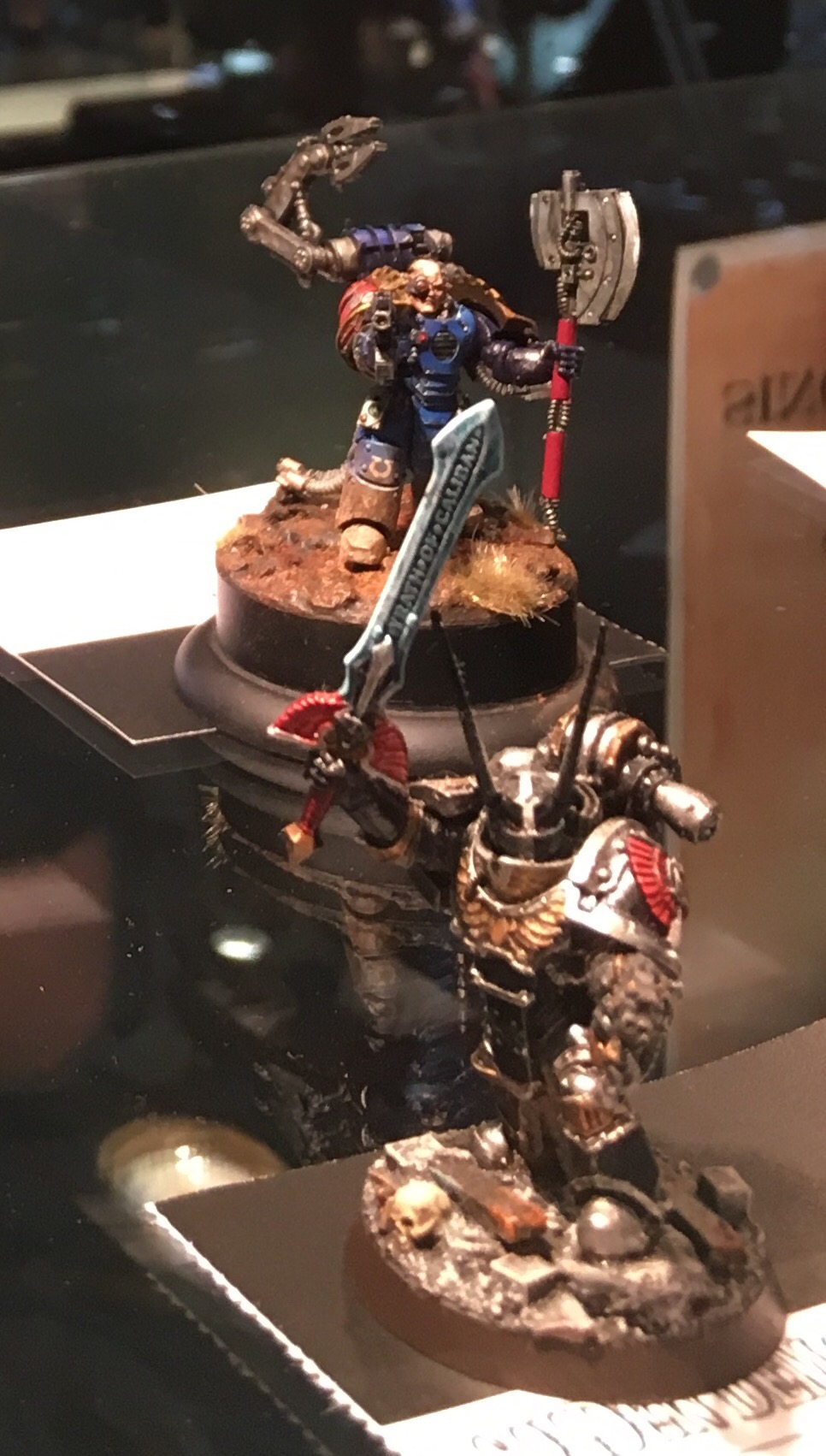 This model has me confounded as to what parts have been used to recreate this classic Space Wolve miniature. 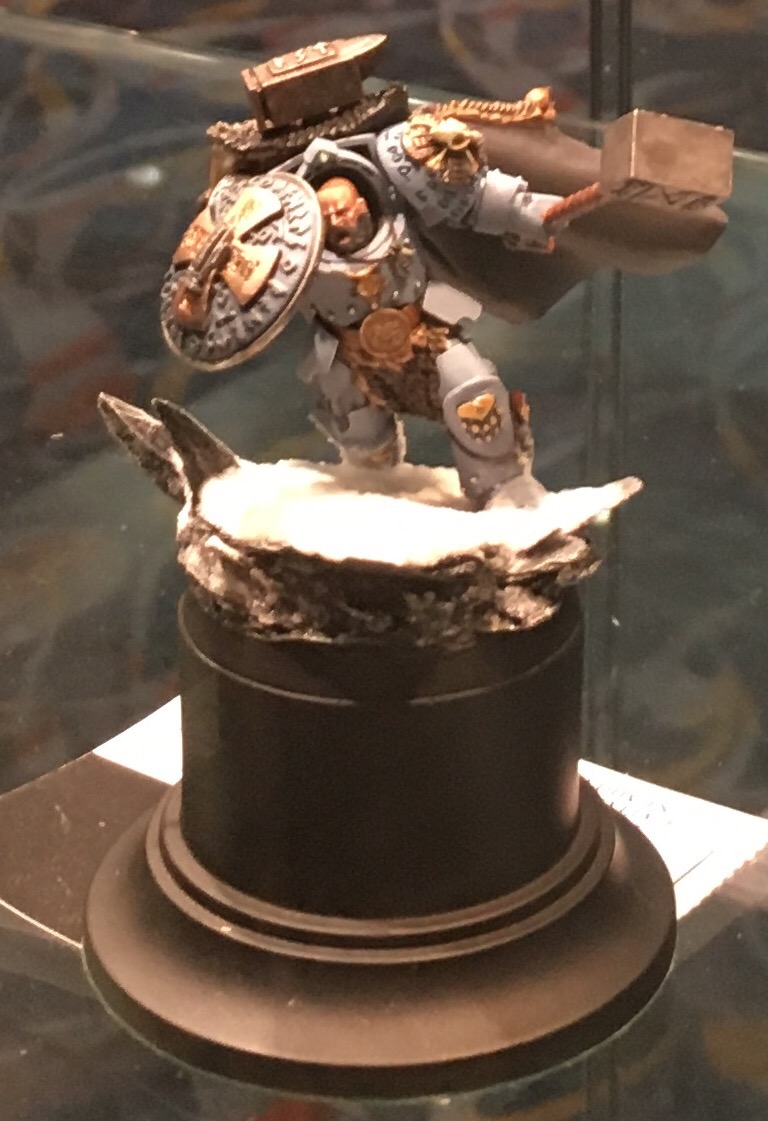 A surprising entry of a bike in the category, however the rider is undead an Ork Warboss. 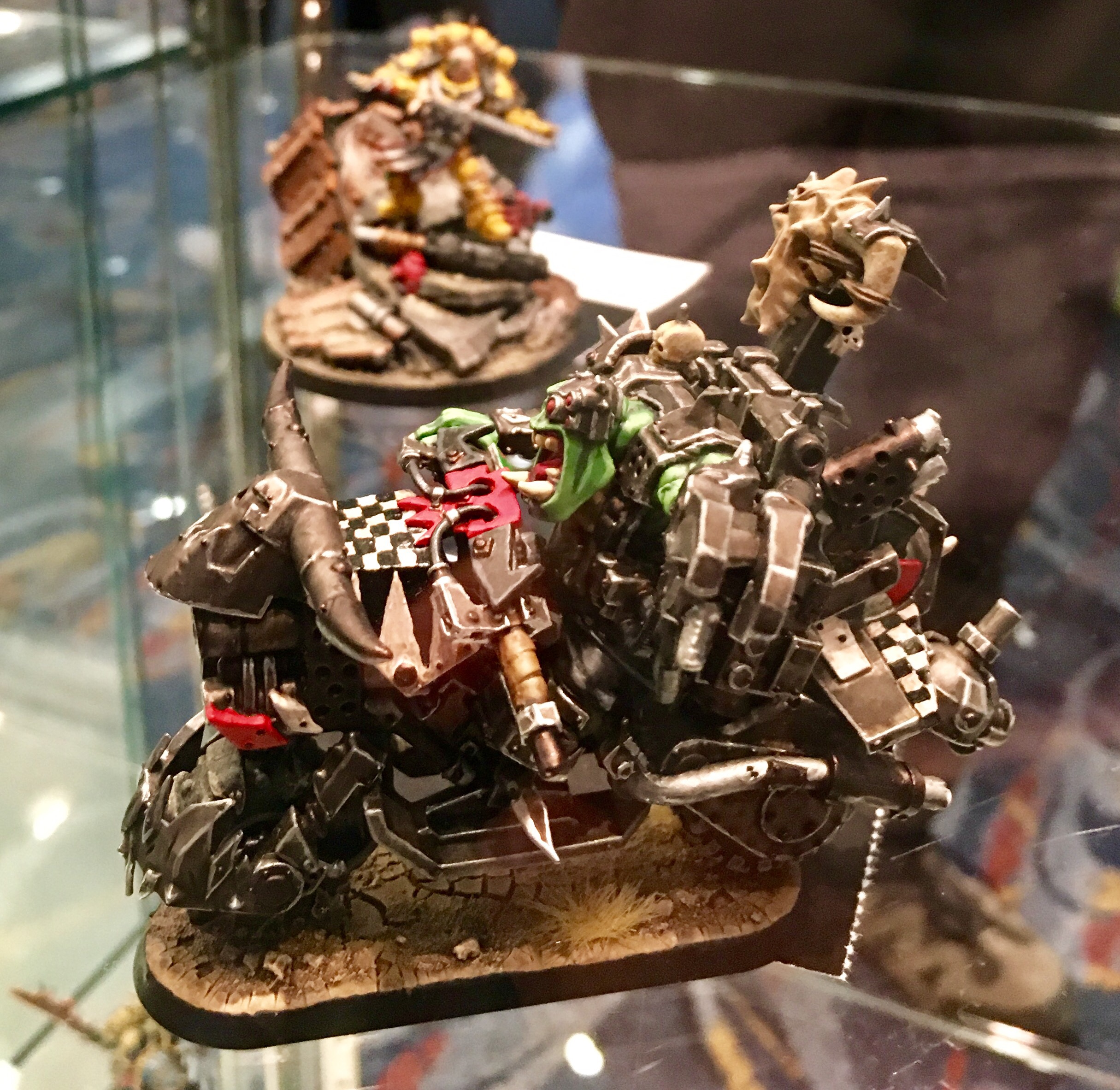 There were a lot more entries which were off for judging. As always this was a very competitor category at Golden Demon. Not one for the first time enterant to try, unless they are extremely talented.