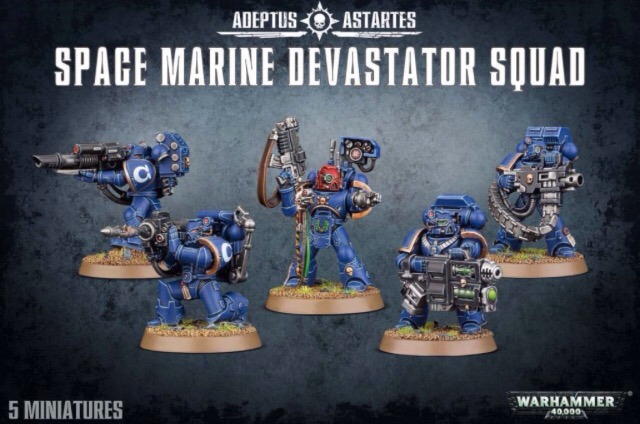 Unlike the Assault Squad kit the Devastators were not really in drastic need of an update. The last set was only 8 years old, by GW plastic life spans that’s practically new. None the less GW have found a way to justify the update. This new set provides an additional 4 heavy weapons as well as more weapon options for the sergeant. The other big change made to freshen up the kit is inclusion of external suppressors on the legs. The devastator legs armour has been depicted in many iconic bits of artwork. They were introduced on the late Rogue Trader Long Fang, pictured below, and subsequent metal Space Marine Devastator kits. 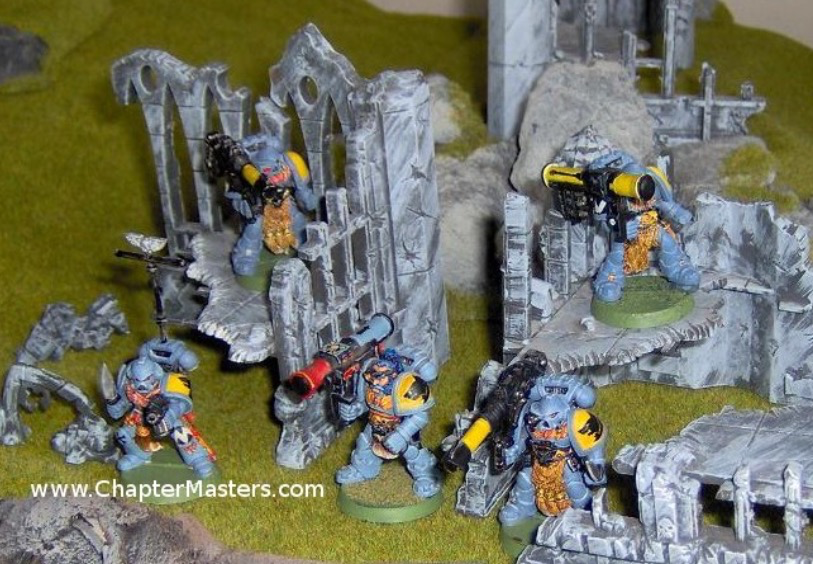 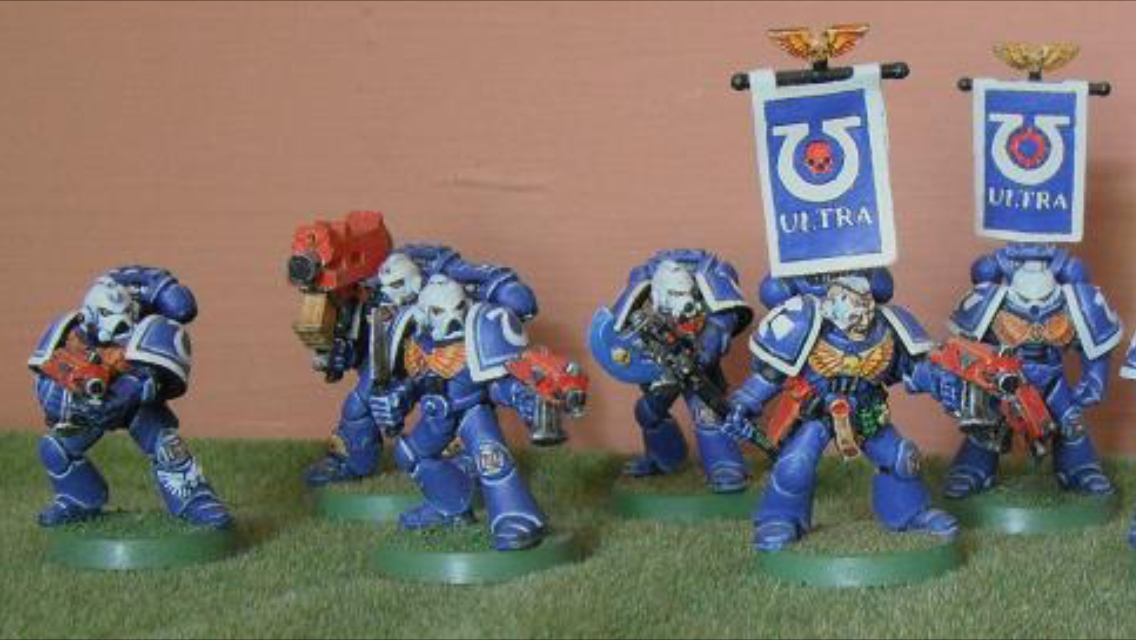 GW didn’t appear to be able to make these in plastic up until now. GW’s move to using 2 parts for each set of legs has opened up many possibilities, including the other old sets of power armour. It just goes to show GW does listen.

In all this kit provides six sets of legs just like the product it replaces, however their are now 2 Multi Melta, 2 Missile Lunchers and 2 Grav Cannons with Grav amps . The new sergeant options include Lightning Claw, combi bolter with the option of grav, flamer, melta or plasma and a Thunder Hammer along with a over 10 heads to pick from, including 2 mk6 patten, for the womble lover. So what has been lost. I don’t think anything but Grenades and hip mounted bolt pistols had gone. 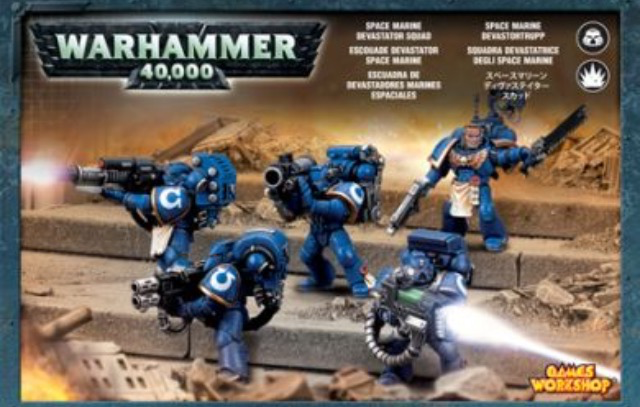 So is there really any significant draw back to this new kit. The price has gone from £20.50 to £28. That’s almost a 37% increase and feels like 50% Is it justified? Of course that’s a matter of opinion. At £28 I can’t see people going mad on this one. I also don’t think there is any need to buy more than one box, unless you want a squad of 4 Grav cannon toting Devastators. Most of the other heavy weapon builds can be done for less money using Forge World sets. Which is the only real alternative to this new citadel kit.

I do intend to get one of these new kits for myself. I’ll spread the new legs across two Devastator Squads and build some Grav/Melta and Plasma/Bolter reserve Squads for my Ultramarines.

I actually don’t think GW have overpriced this set, if anything I could have seen it going for £30. There is as much plastic in the set as a tactical squad and each sprue is unique. If it had been £22.50 I probably would have already ordered one just so I could have a play with it. I’d also be thinking about getting a 2nd set so I could have the new legs on a lot more of my heavy weapon marines. As it stands, it will sit on the wish list and it will probably stay there for a while.

So over all, it’s a good product, it’s got a reason for existing, it offers something new and some old and it’s price isn’t ludicrous like some of GW’s other products. 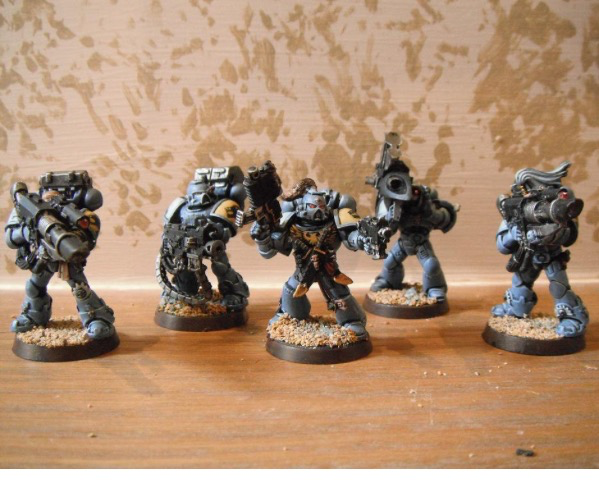