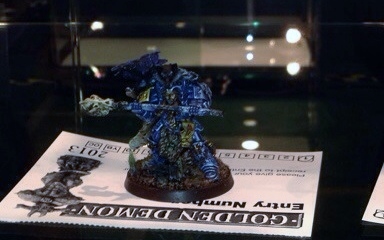 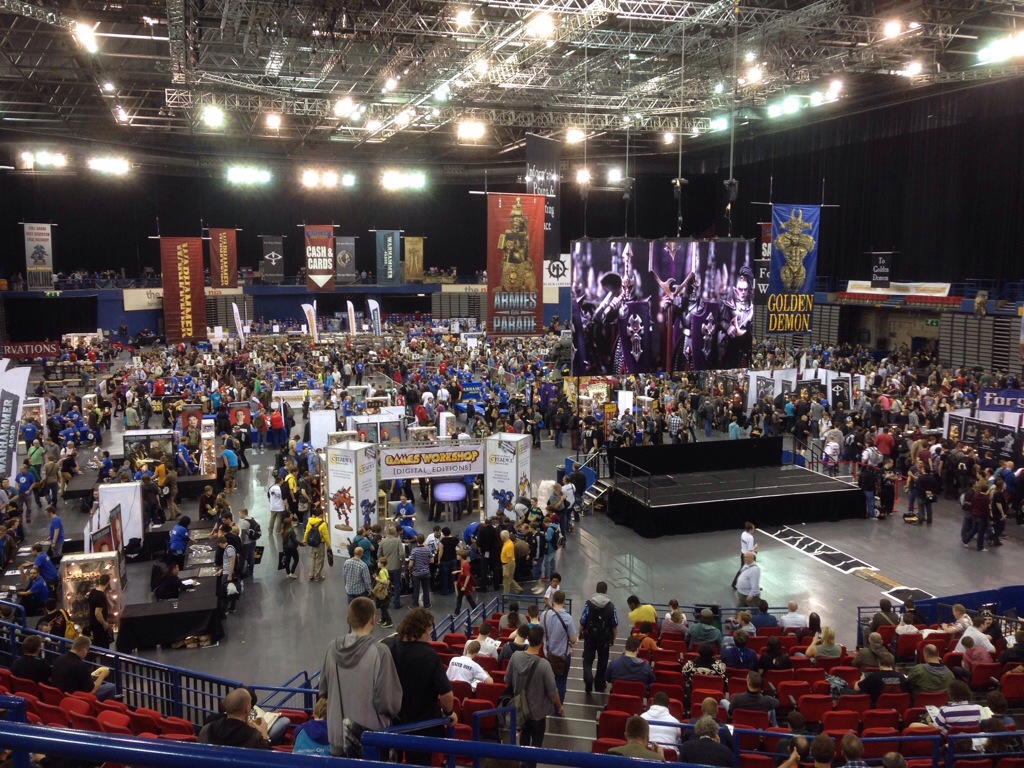 Sorry, to those who have already read though this. It wasn’t ready to be published. Here is the edited version.

It’s now been almost three days since Games Day and unfortunately I’ve not been well. Probably due to staying up too late painting my golden demon entry. I’m sure lots of information has now taken seat in parts of my brain I can no longer access, so here is what I can remember.

Arriving: luckly for me it only took 15 minutes to drive in from where I live. I know some people got on coaches the day before, just to been there in time. I did here someone telling Phil Kelly there should be a Games Day North and Games Day South. Phil explained that is why it’s held in a central area.

The information about registering for Golden Demon was a bit lacking to say the least. I had the sense to ask a member of staff about the process so went and stood in the right queue. I know there are people who didn’t do this so lost good places in the main queue to join the back of the GD queue.

Once I’d got my Njal model the best place I could on a badly lit bottom shelf. I wouldn’t have minded but the model is quite dark so needs some lighting. I took a look around the other entries, well what I could see of them anyway. My night vision isn’t a good as it used to be be and the hall was very badly lit. Many of the other entries put mine to shame. Fingers crossed to make the 1st cut, but I never thought I’d get very far in the 40k single miniature of doom category. In retrospect there were far too many mistakes on the model for it to get very far. I blame my poor eyes not lack of skill

As we entered the main hall is the first thing that was striking was the relatively small size compared to game day 2012. To our right was the sales area which felt like it took up pretty much half of the hall. Again for the queue for Forge World was already to what was the official back of the queue. Once the queue reached a certain point there was a member of staff to stops anyone else joining. I think this is a very good idea, given I spent two hours in the queue at games day 2011. When you pay £35 for an event which is only six hours long to spend a third of it queueing up is a real waste of money. To our left was a licensed game area and the Forge World  stand which was absolutely huge. I didn’t realise how big this was until I looked at the floor plan in the program. Behind the Forge World area was the whitedwarf stand which was very little, a main stage and the design studio, which was actually bigger than the Forge World area although it  didn’t feel like it. I think the black library area was hidden off at the back of the hall certainly that’s where the authors were. I didn’t notice them on the day it wasn’t till looking at the program later I realised this. Time at Games Day is very precious the event starts at 10 if queue up for Forge World and then have lunch, there is a risk you won’t get to see the golden Demon entries, because they start disappearing at 1 o’clock.  Given a big part of my reason for being at Games Day was to get pictures for the site, we decided to spend a small amount of time in the hall, getting books signed and talking with the designers, then have lunch, then head back downstairs in time to try and get pictures of the golden Demon entries. I had come prepared for another mission. I’ve long been seeking to clarify that a few Space Marines were sculpted by Jes Goodwin. I spoke to him about the MkVI transition marines last year and he didn’t recall them. This year I brought all of my transition marines with me. Five of which are shown below.

Jess said he did NOT sculpt the one piece Mk6 models (2 of which are above). He thought these had been done by someone call Rocky and directed me to go talk to Ally Morrison. Ally said he did not sculpt them and thought they had been sculpted by someone call Mark Copperfield. So the mystery continues. I took great delight in showing these models to as many people as possible.

Do you know who this Rocky is???