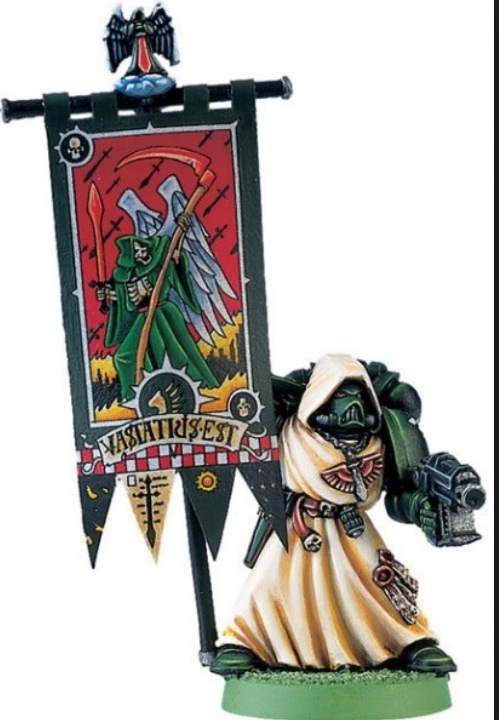 GW have made no secret of the of the fact they are moving all metal lines to either plastic or or the well know GW TM finecast (see the last picture below). What hasn’t been clear until this week is that GW are only remoulding popular lines. The worse selling lines are being dropped. While the 1st thing that runs through my head is no more Epic, Necomunda, Warmaster, Battlefleet Gothic, Inquistor, Morheim and Blood bowl.  This isn’t something that really concerns me. The last time I played once of these games was in the last decade. The focus of this site is 40K.  However there are clear cross over points. There are rules for Necomunda Abites (all sold out) in 40k, although  hidden in the  out of production Which hunters codex. There are also the titans and super heavies from Epic which have inspired many scratch build models.  The patten for my own rather lanky titan is based on the Forge world Epic model rather than the Forge world 40k kit. 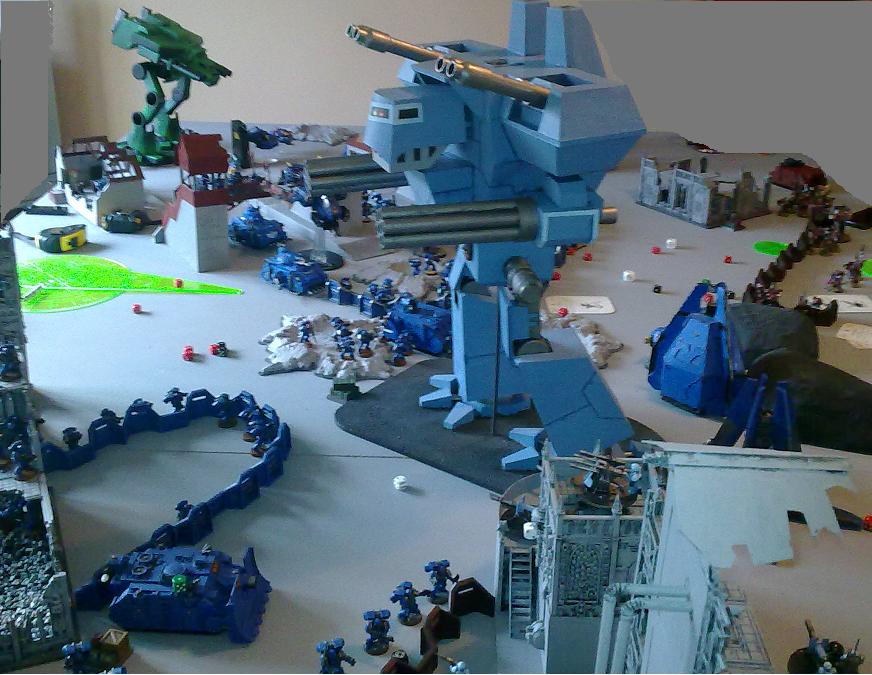 The biggest casualty of the metal cull is probably the imperial guard player. Currently there are no less than 3 named charters as well as all the Mordian, Steel legion, Tallarn, Rouge riders, Valhallen, Gaunts Ghoasts, Last chancers and Missionary all on borrowed time. Hopefully some of these will make finecast as part of the next Guard Codex, expected next year.

Guard aren’t the only army that stands to loose from this. This will mean the end for Jess Godwin’s remaining late Rouge Trader space marines. Such as the Space Marine Assault Sergeants.

and the Metal Dark Angels

I’ll be really sorry to see Cypher fall foul of this cull. Chaos will also loose 3 lords and the old Warsmith. 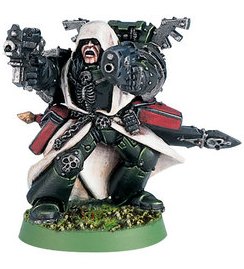 Orks have a surprising lack of models left in the collectors range. The iconic Geoff Rockers always bring a smile to my face. Someone should make a stompa with a stage for these guys quick.

What will become of the metal models that are not considered collectors models. The old Eldar Ranger, and most noticeably the Sisters of Battle? Has stockpiling of finecast Sisters of battle already begun? or will this be the end for the Sisters?  One source inside GW has stated all armies will get a new codex for 6th edition. So hope remains the nuns with guns won’t just be a memory of 5th edition.

Finally another look at the origins of finecast