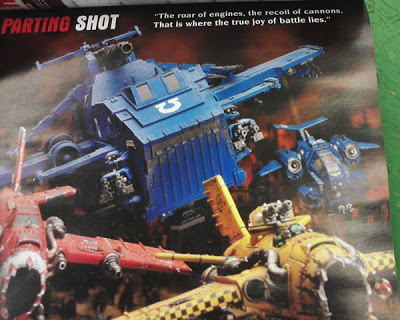 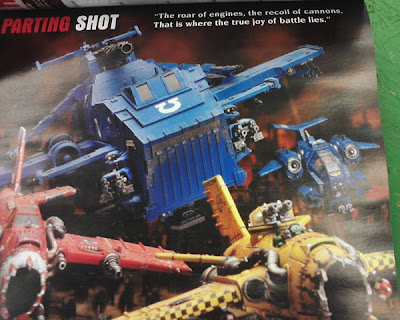 Another source in GW has confirmed there is no plastic Thunderhawk planned as the margins on it are too small. I’m actually a little surprised at this statement. I didn’t think there would be any margin on it. GW has a very good handle on what we buy and how much we will spend. They also know exactly how much it costs to produce a new plastic kit. While the material costs of plastic are very low, the cost of designing and making a mould big enough to make a Thunderhawk are not. For the same cost they can make a number of other plastic kits. It also takes GW a long time to recoup to costs of plastic kits. They have to know they will sell lots. This is one of the reasons why they sell so many duel purpose kits like the ork flyers and make no special characters in plastic.  The Thunderhawk is of coarse something many people would like to own. The biggest obstacle to GW selling them is not cost. I’m sure I’m not the only person who owns more than one Storm Eagle. The biggest problem with a Thunderhawk is the amount of space it takes up. Both on and off the game broad. The Storm Eagle doesn’t fit in a standard G.W. case.  It’s hard to imagine many people buy 2 or 3 of these.

What ever nice new monster kit G.W. put out for the next Apocalypse expansion needs to be able to sell 1-3 units to the majority of collectors. The Baneblade worked well for them because Imperial, Ork and Chaos players all bought the kit. The Ork Stomper only appealed to only Ork players, the Shadow Sword only to Imperial Guard players. G.W. Need something that can cross the codex boundary once more. Something that could appeal to a Space Marine, Choas and Imperial Guard collectors alike. Something like a little Titan.