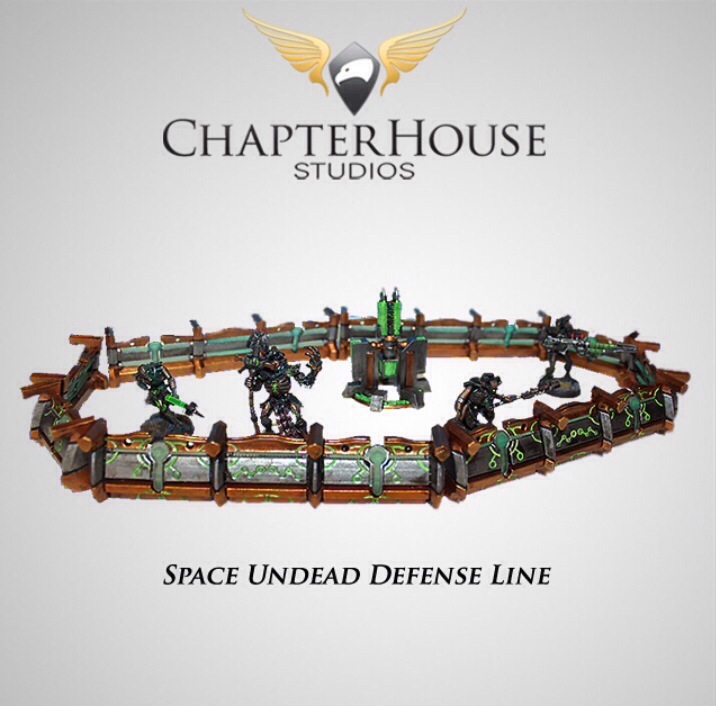 Their Necron, sorry I mean Space Undead Defence line comes with a choice of weapons or comms really and is available with green or blue plastic glass components.

The appearance of this kit is a significantly step forward for Chapter House, although it clearly theses haven’t had the same amount of development and tooling that Games Workshop kits have. There is a distinct yet not outright copycat Necron look to it. These won’t look out of place on a game board.

It’s good to see Chapter House isn’t dead. Their product release rate appears to have slowed down significantly since the legal battle with Games Workshop started.

Some people must think it rather odd Games Workshop haven’t already released their own alternative defence lines. It was only a matter of time before other manufactures started selling these. I can only assume the sales projections favour new products over alternatives.