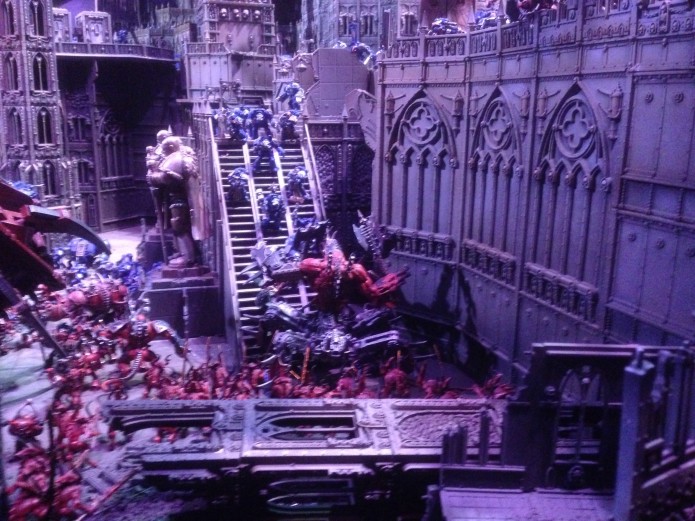 Warhammer World will be shutting for almost a week in September from the 24th to 28th. The mind boggles at what event could take so long? September was traditionally the home of GamesDay. Clearly at this point it’s too late to sell tickets to an event of that sort of magnitude. So the question remains what could the guys at Warhammer World be up to for almost a week? They are also advertising for model makers and painters maybe this is a big clue. Will we be seeing an expansion of the exhibition displays for the rumoured Horus Hersy board game? Or are we looking at a more dramatic remodelling to the centre? Maybe they will finally make the new entrance hall worth while. I’m afraid the only facts I know is that the Forge World displays and artwork prints which were visible from the gaming hall are now locked behind shutters, being only visible to those who have paid for entrance to the exhibition. This does mean the exhibition ends in the shop so something in the world has been put to rights. So there are now defiantly  more painted models on display in your local Gamesworkshop than at Warhammer World, unless you pay for the exhibition.

We have learnt this is an internal Games Workshop event which requires all tables to be removed. Obviously it’s not an internal games day. 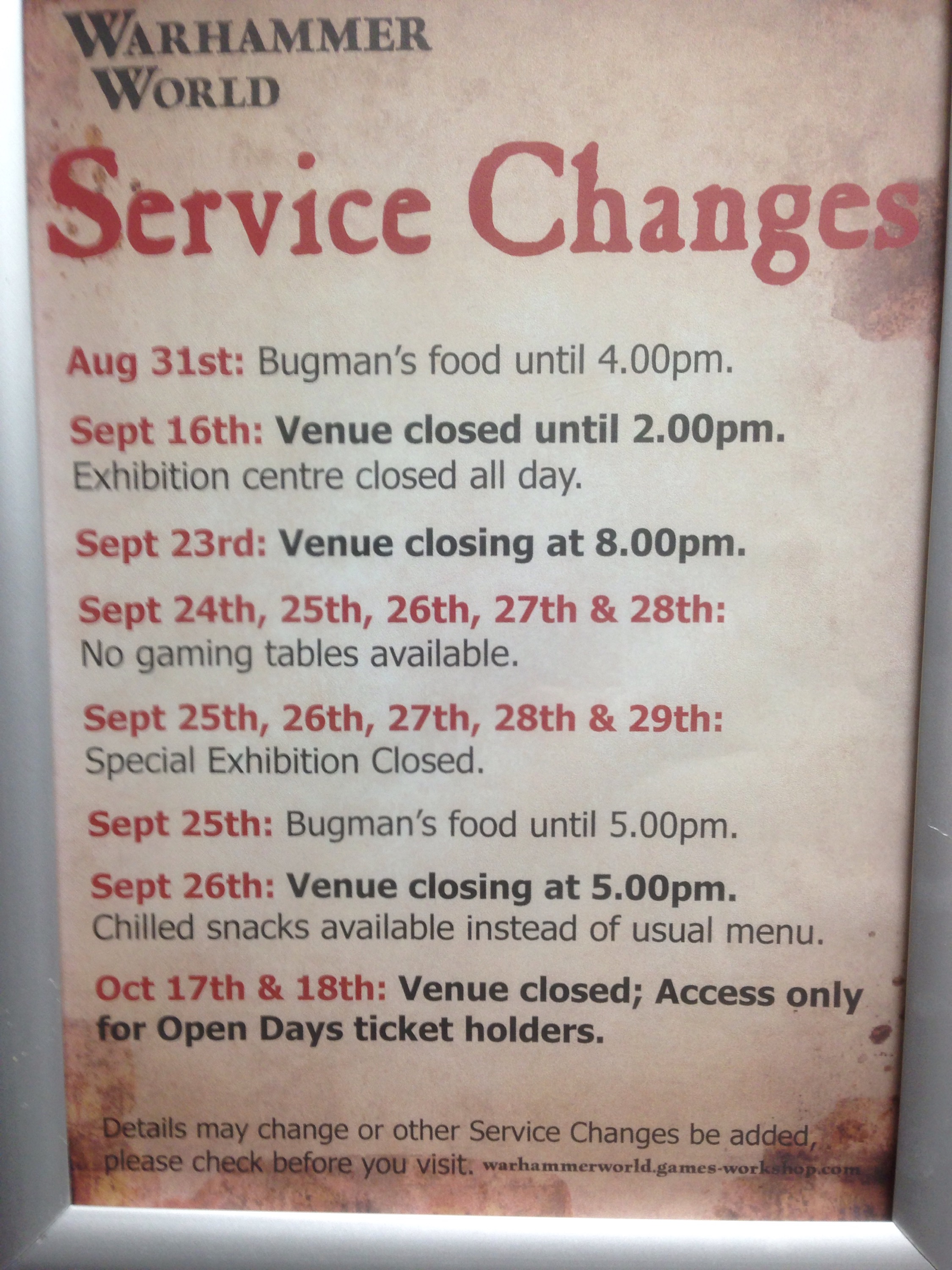