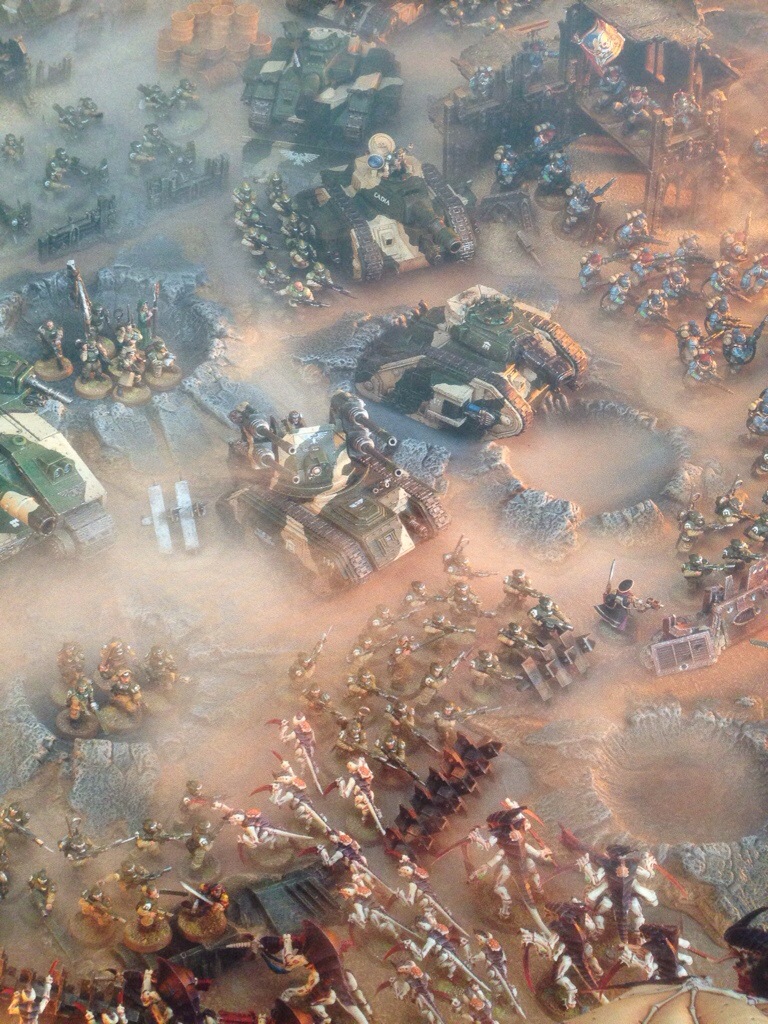 You may have already seen most of the contents of this week’s White Dwarf. I think just about every page has been plastered over the internet. I’ve included the cover, contents and back page below. I view showing any more as beyond the bounds of fair use. 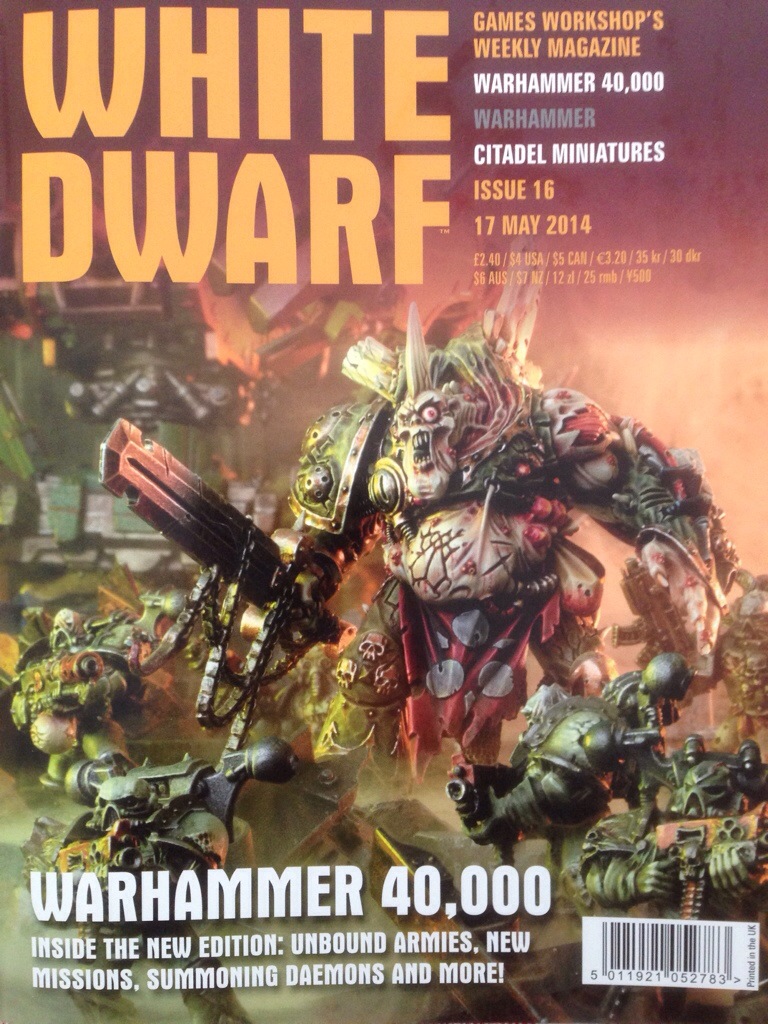 It’s no secrete the issue is all about the new edition of 40k. There is really good content in this issue about the changes in the rules and background. 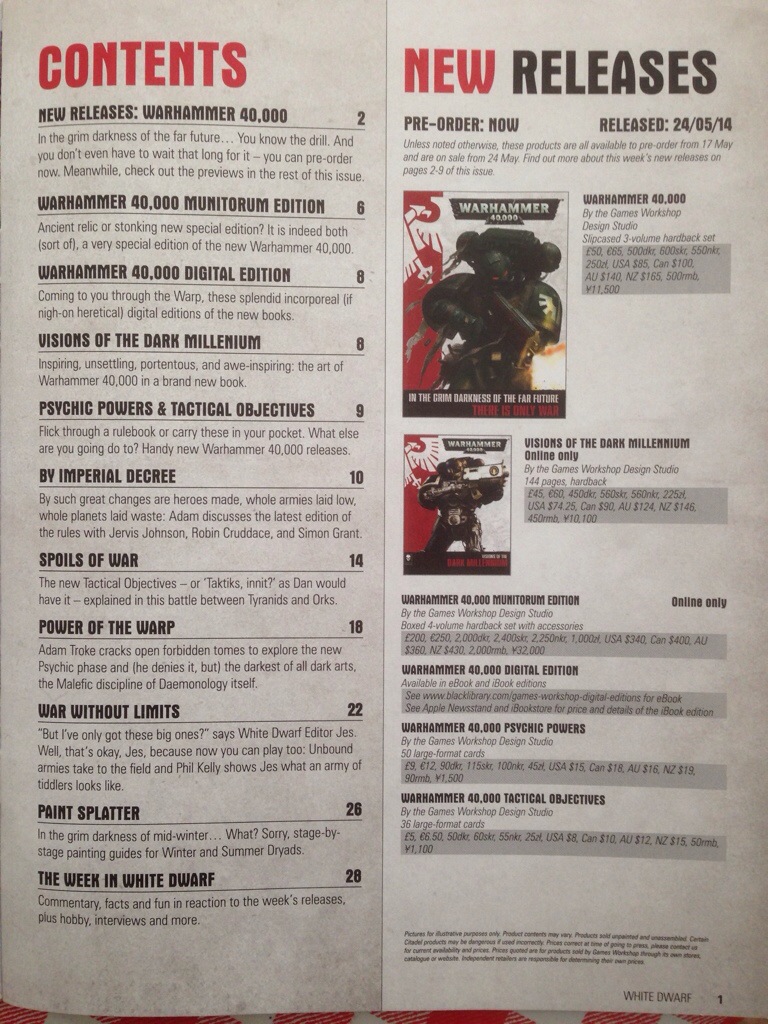 Here are the confirmed changes so far.

1) unbound armies: take any units from your codex apart from special characters as many times as you want.

2) All units can now capture objectives, just like Apocalypse.

4) Maelstrom War Missions: Six alternative missions that use 36 tactical objective cards. Each player will have a number of objectives each turn. As each objective is achieved a new one is awarded, along with victory points

5) Psychic phase: all psychic powers are now cast after the movement phase. Each turn you have a warp charge for each psychic in your army plus D6 warp charges.

6) Psychic tests: roll a D6 for any warp charge you want to use , but all doubles 6s or even triples results in perils of the warp event.

9) No leadership test is needed for Split Fire.

10) Rules for super heavies, D weapons and all scenery are included in the rule book for use in standard 40k games.

11) wound allocation is now done by weapon type from shooting through to save. So in a tactical squad all flamer shots would need to be resolved before bolters roll to hit.

12) the vehicle damage table has moved by one point, so to destroy a vehicle you now need to roll a seven.

14) Psykers who take all their powers from a single discipline now the Primus power as a bonus.

There’s really no reason you can’t start playing with these now. To play with demonology you will need the white dwarf.

Lovely picture in the back page this week. Here is half of it.