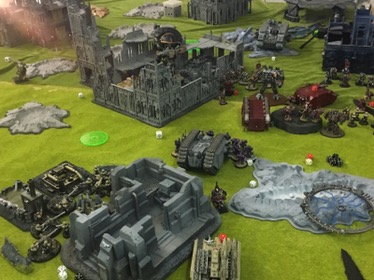 This game represented the Grey Knights attempting to overturn and Chaos rising in the outskirts of an imperial city.

A Harlequin troop is helping the Gray Knights for reasons unknown.

The game was a 4000 point Battle. The mission was based on the old 6 objective apocalypse senario, however objective victory points where score at the end of each trun. The team with most victory points cumulated at the games’ time limit wins.

Deployment, Most of the Grey Knights arrived by deep strike 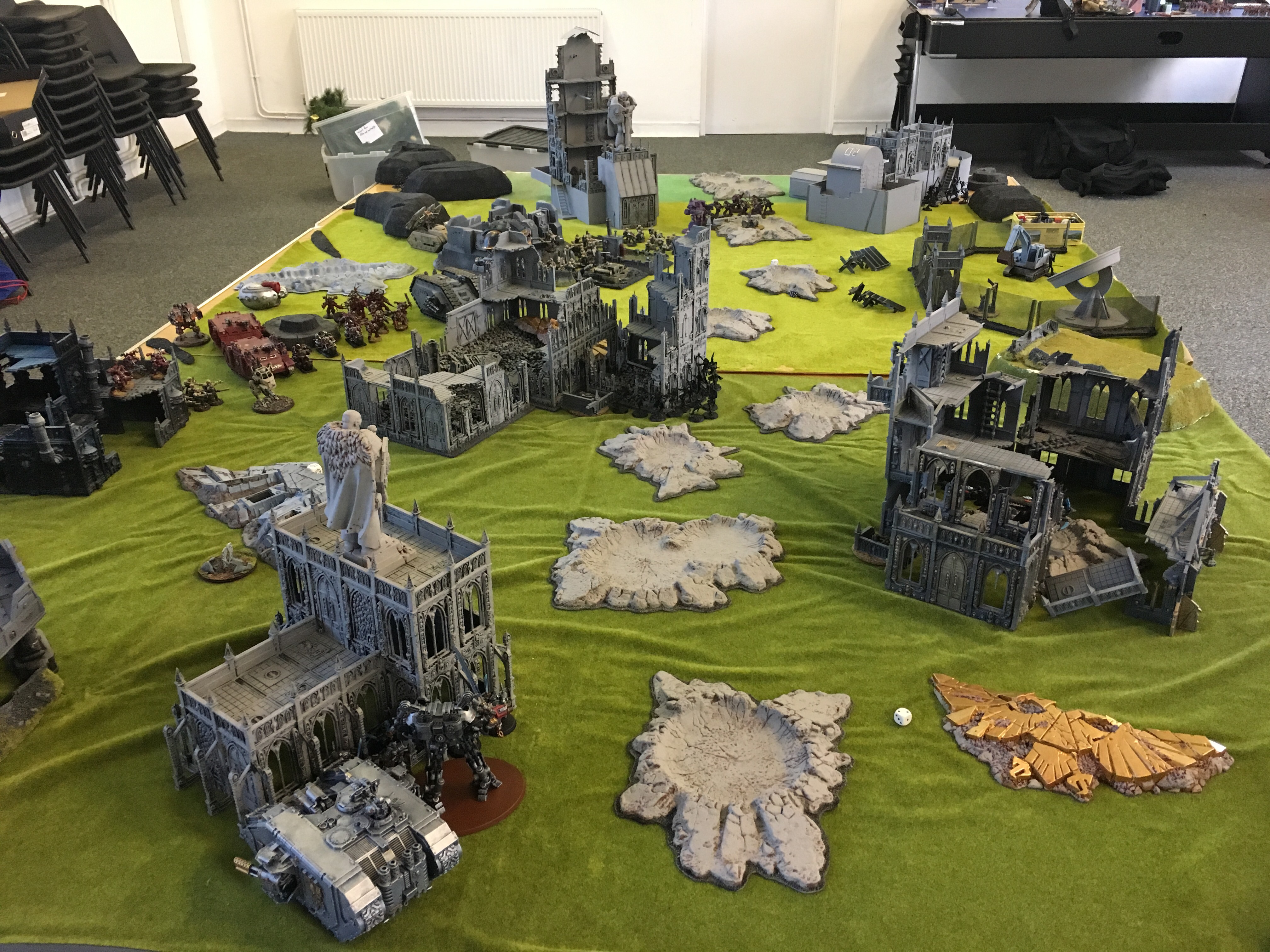 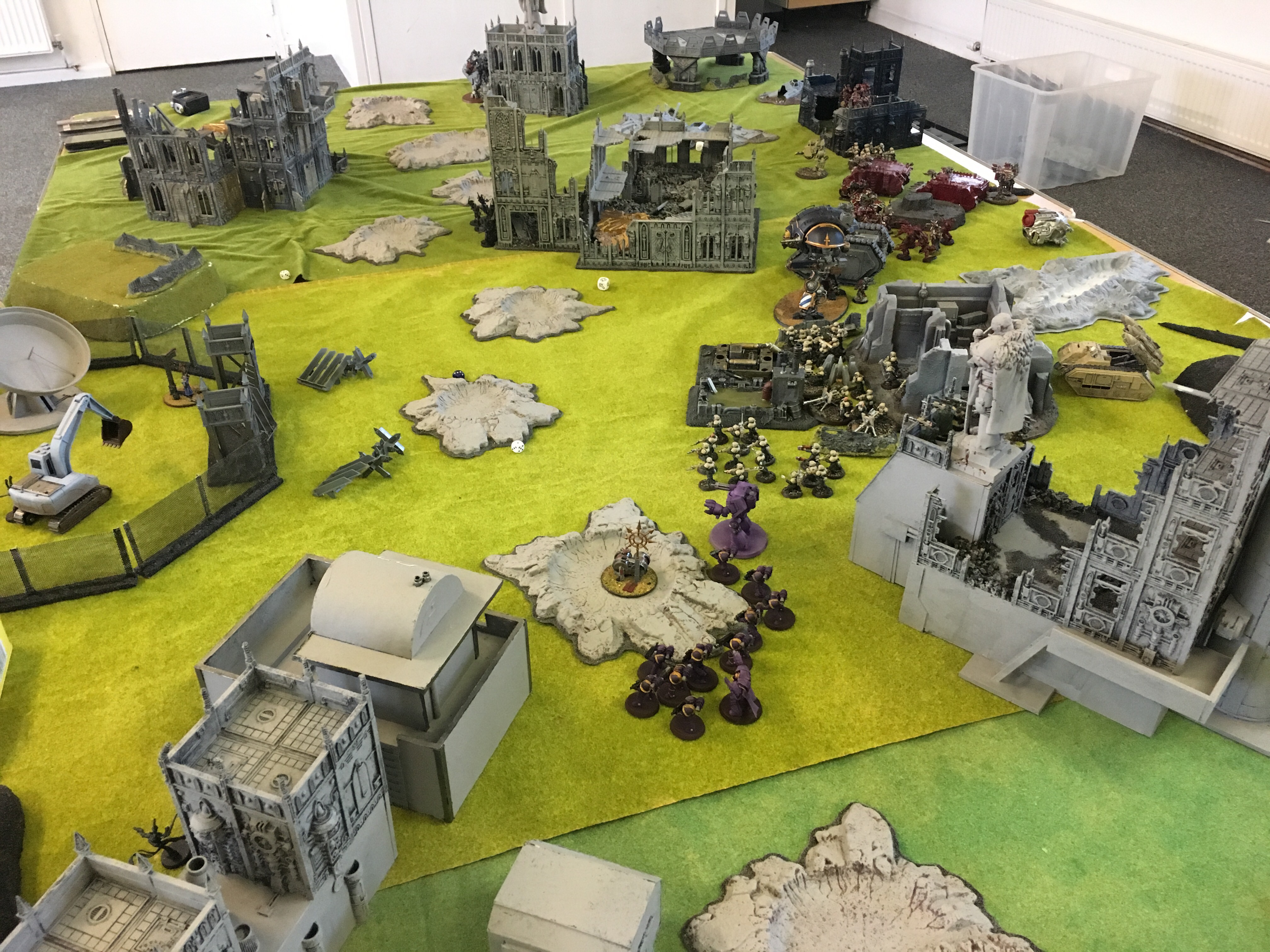 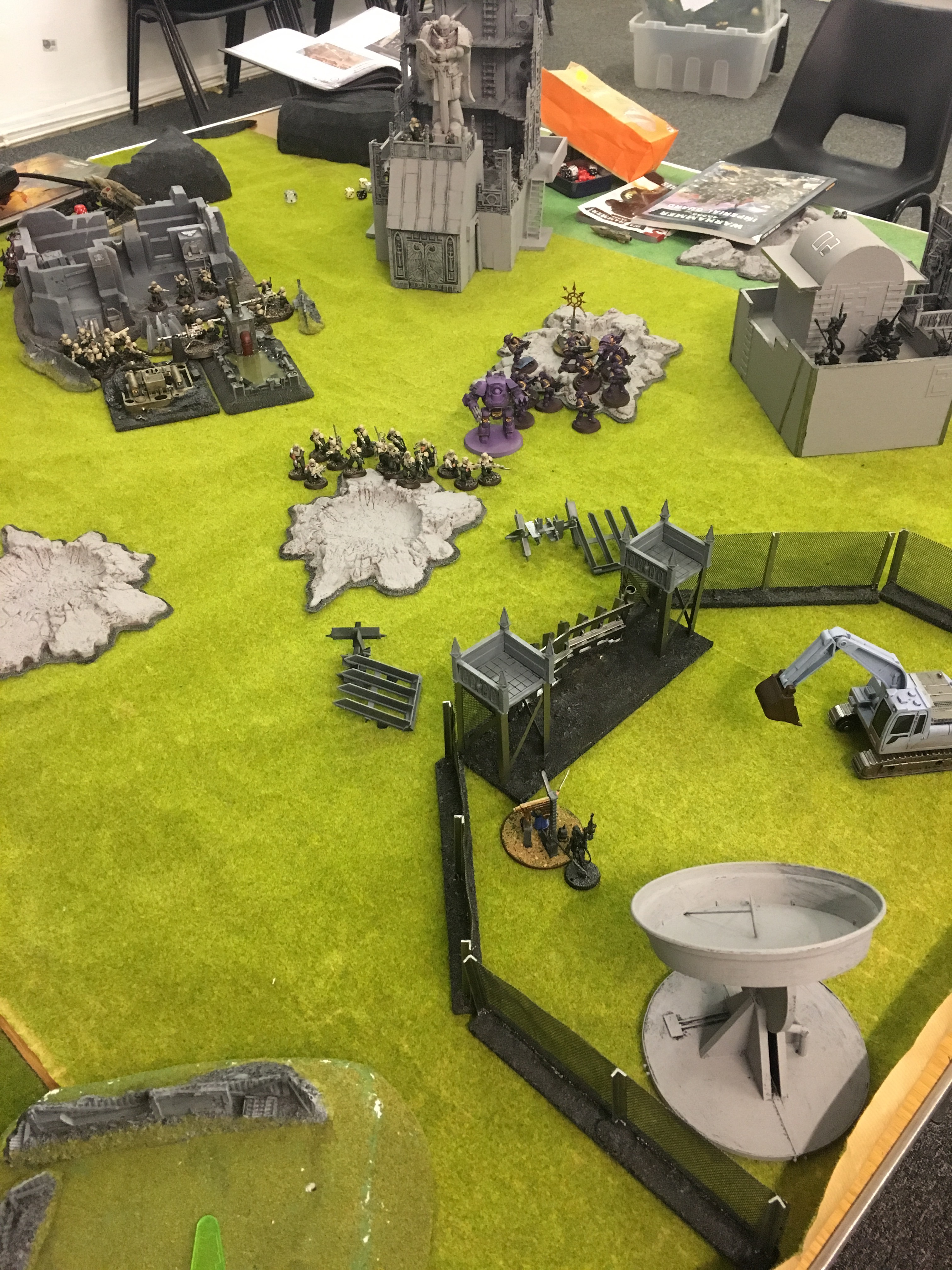 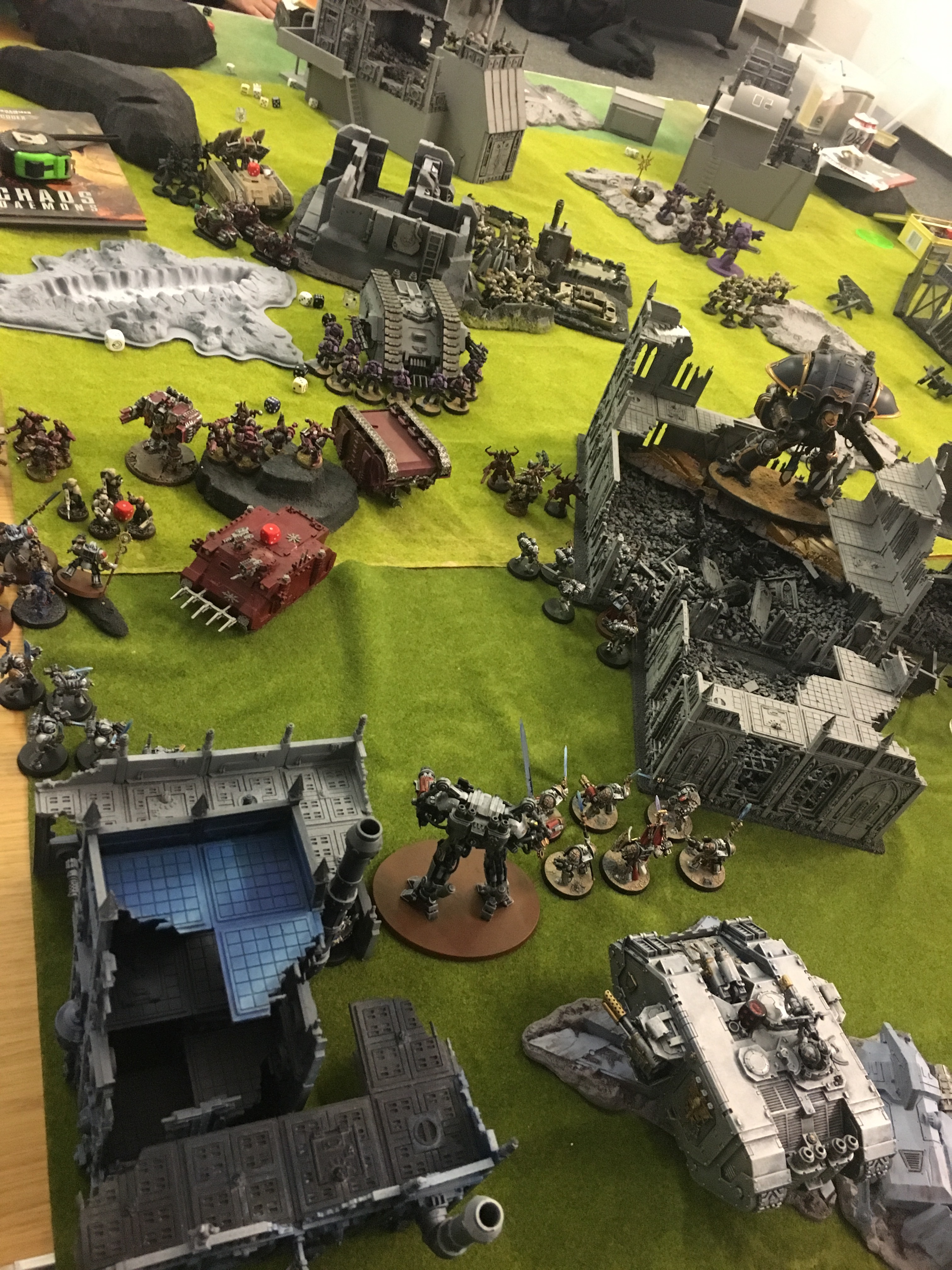 The renegade Imperial Knight removes a squad of Harlequins from one of the objectives to contest the objective with the Harlequin jetbikes. 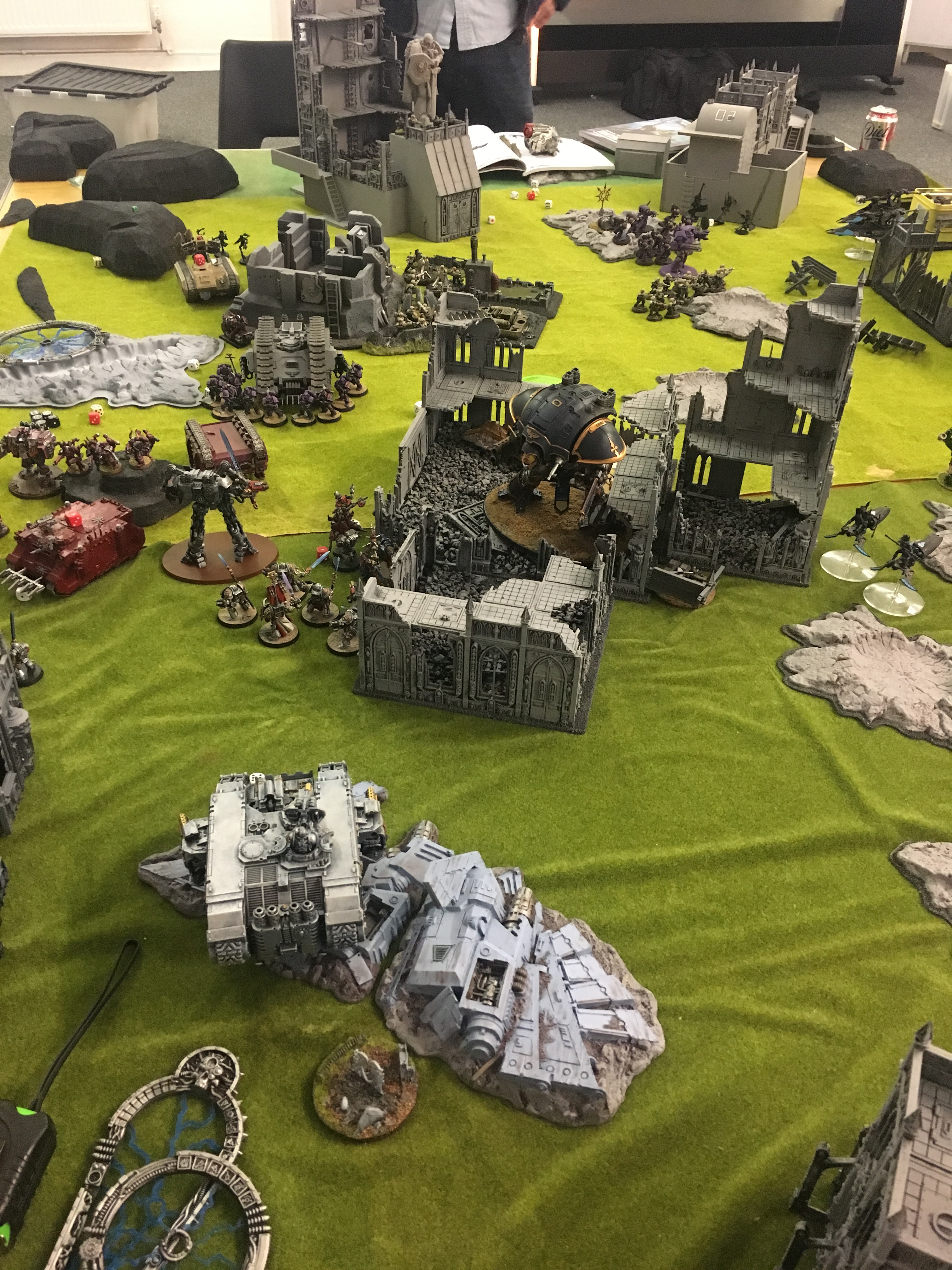 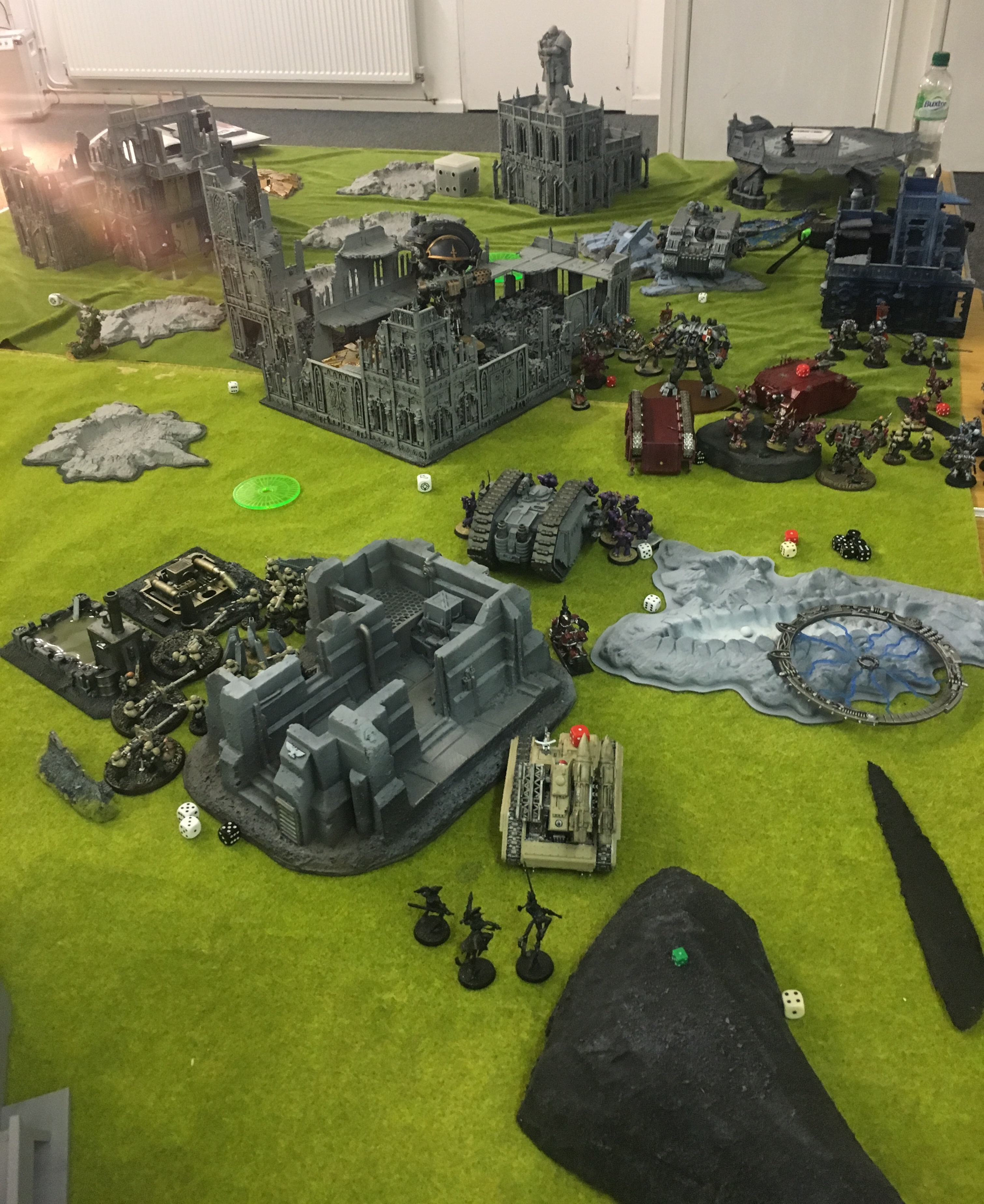 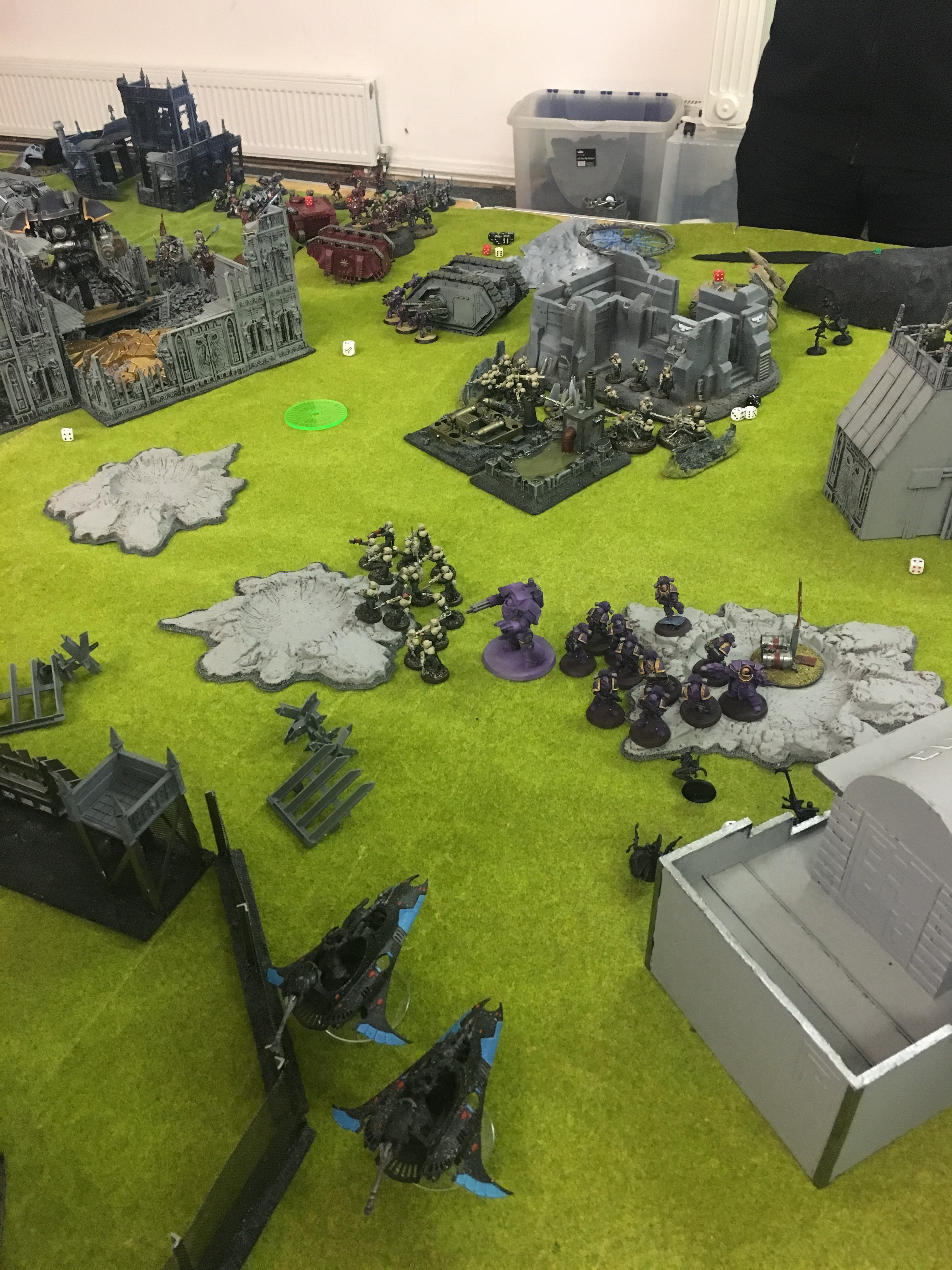 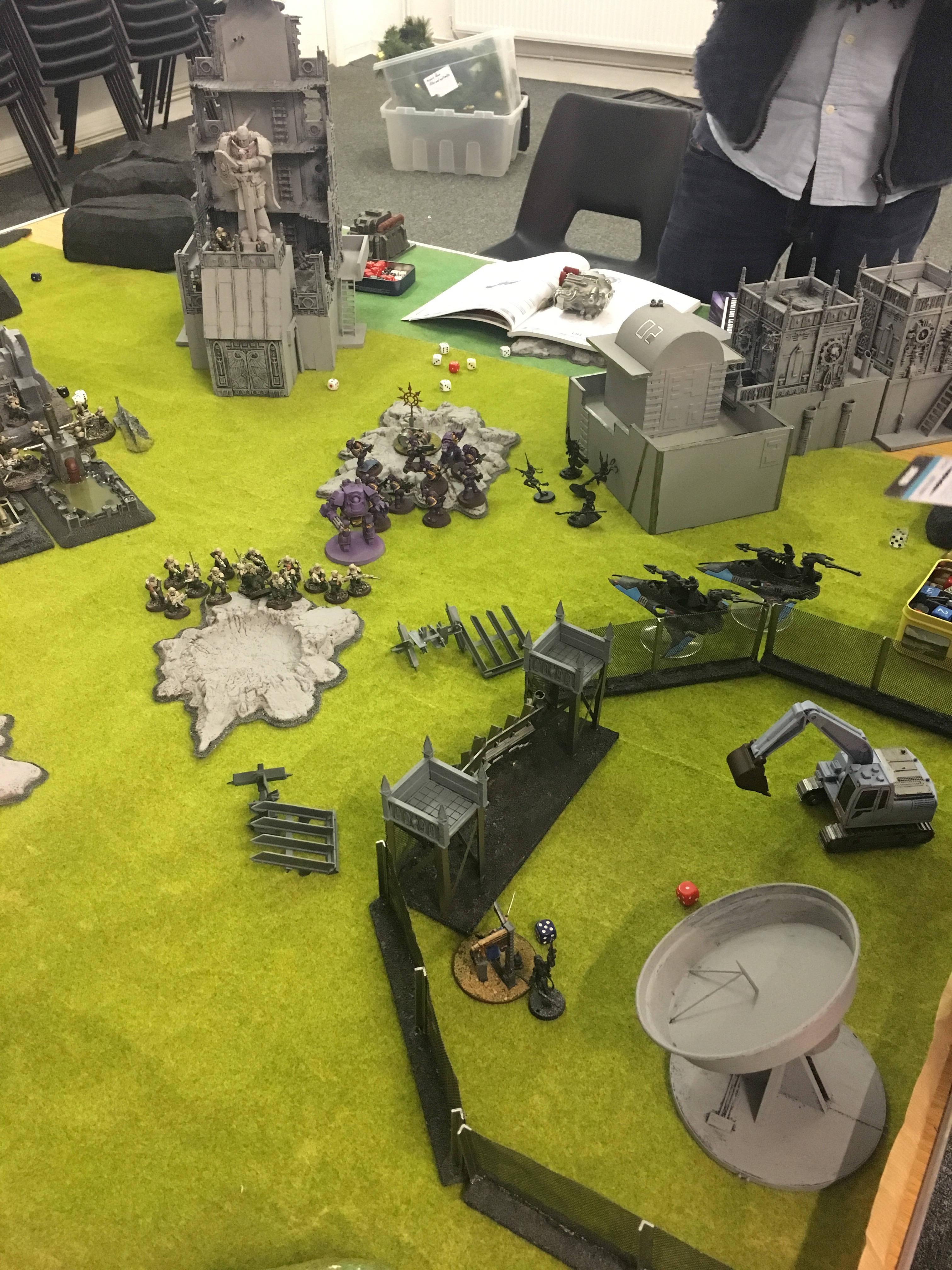 The game ends 7-4 to the Grey Knights and Harlequins.