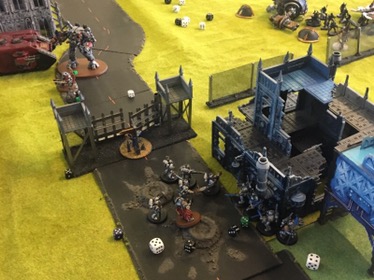 The Sisters of Battle are responding to a request for assistance from Cal Saucon planetary governer of Jerome, a planet within the Cadia system, positioned very close to the eye of terror. Arbites have found disturbing unrest caused by suspected psychically gifted individuals, who have been massing popular support among local gangs; with in the hives of the capital city. Unusually Eldar forces have also been sighted within the system of Jerome. The reason for Eldar being so close to the eye of terror is not know, but any Eldar presence is unwelcome.

The untrained psychics have also caught the attention of the ever watchful eye of the inquisition. The taint of Chaos is suspected and must be investigated.

Unfortunately for the inhabitants of the Capital, the Grey Knights have also detected the presence of Chaos. While the Grey Knights may save the planet from the forces of Chaos, the outcome for the citizens of the capital city is unlikely to be positive. Only intervention by the Sisters of Battle could save the residents of Jerome from exterminate.

This game repersented the Sisters of Battle trying to reach the Govenor of Jorom to gain intelligence on the rouge psychics. The imperial players will win if the Sisters can reach the city line before the time limit. All other outcomes mean defeat and certain distraction of the capital.

The Sisters set up off the road in the corner of the table. The Chaos forces set up using hidden deployment markers. The Eldar arrive from reserve and Grey Knights will also all arrive via deep strike. 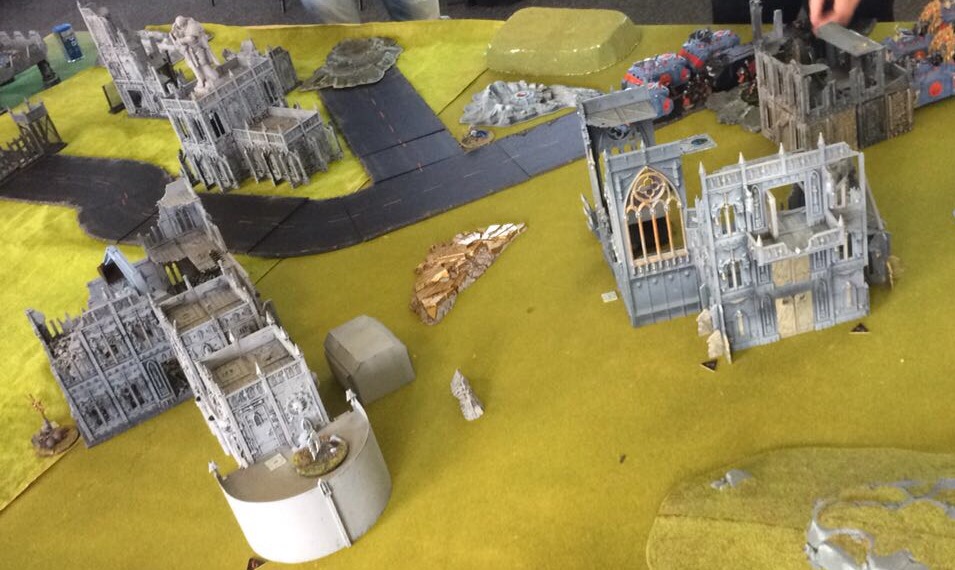 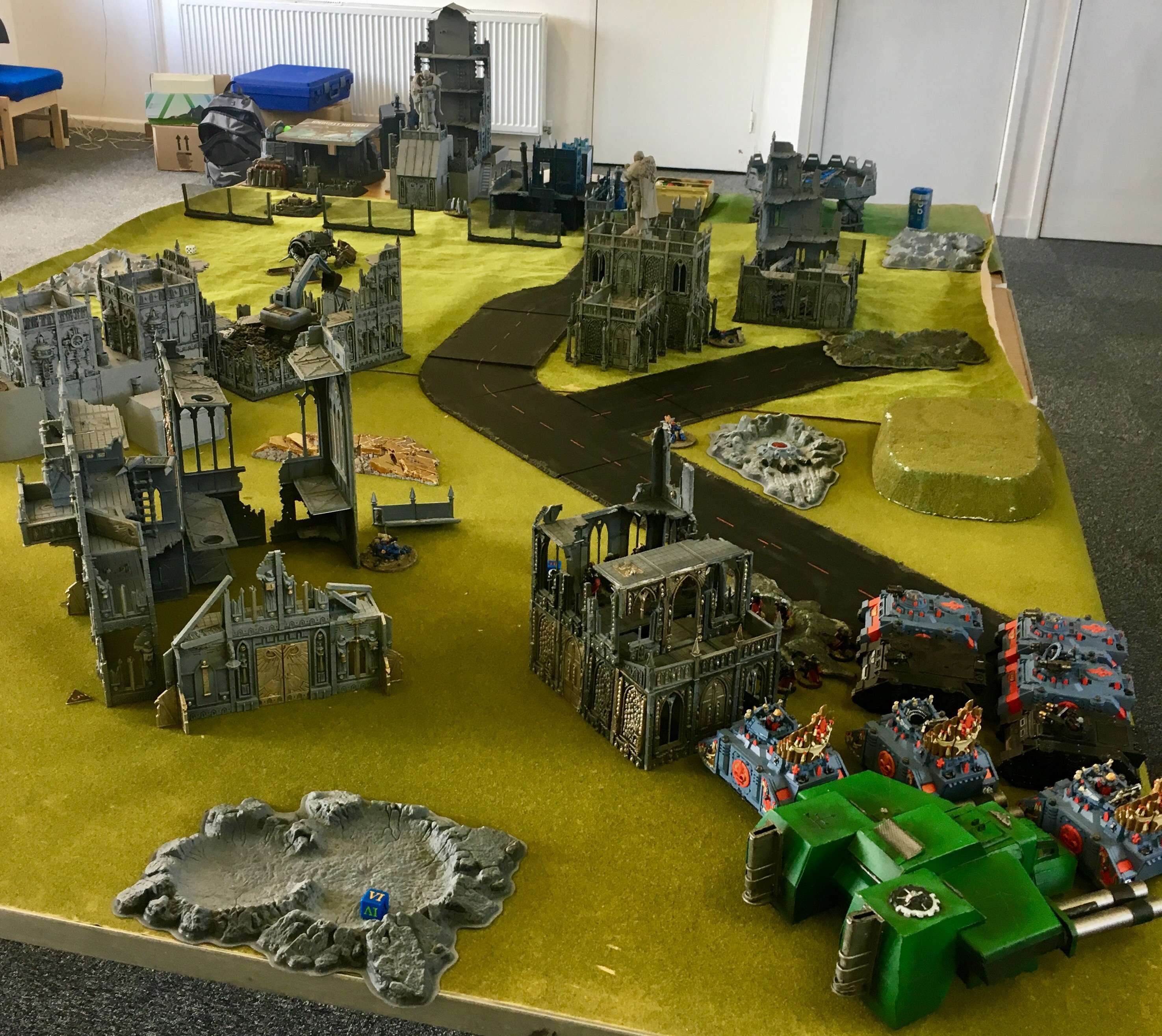 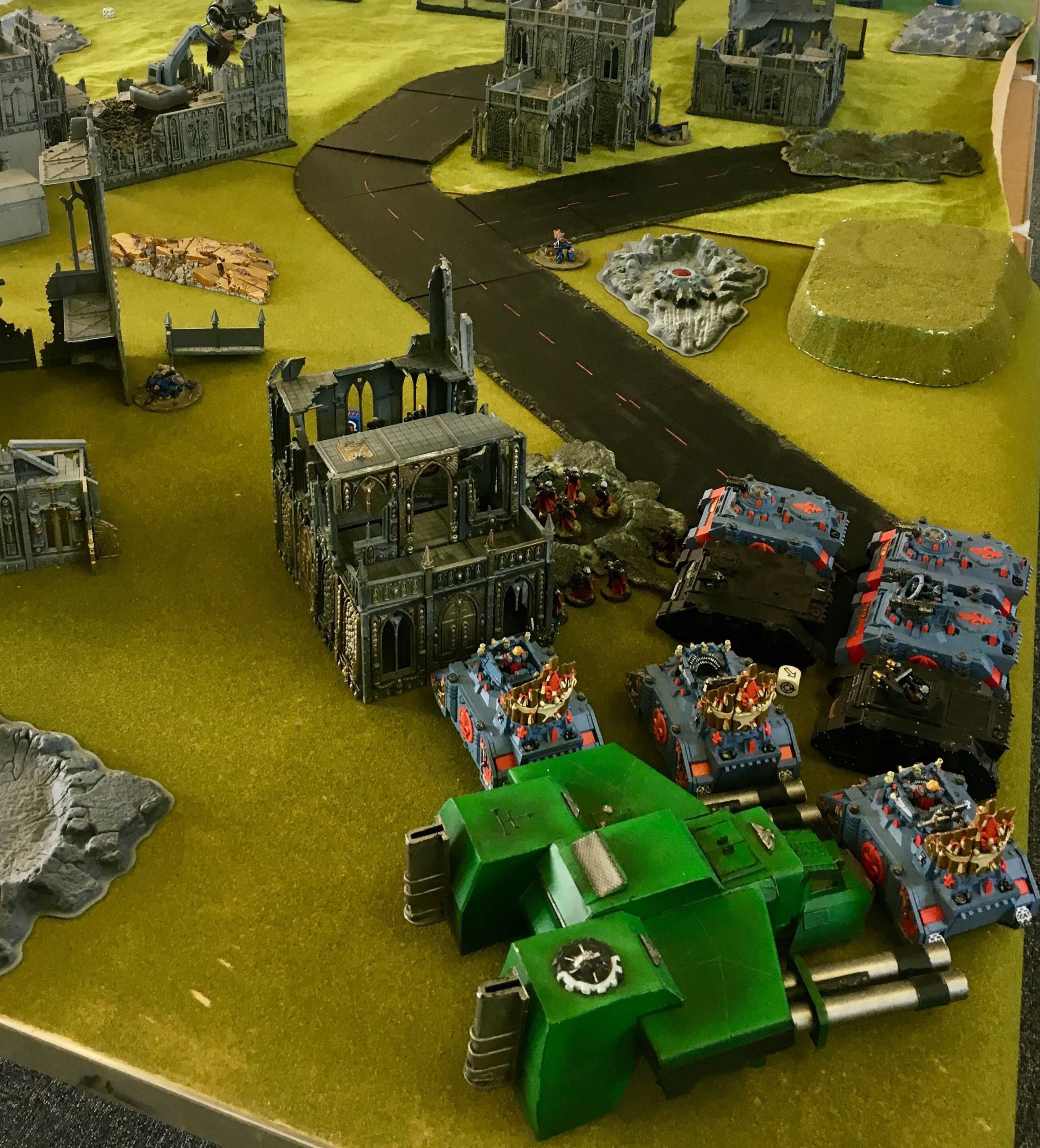 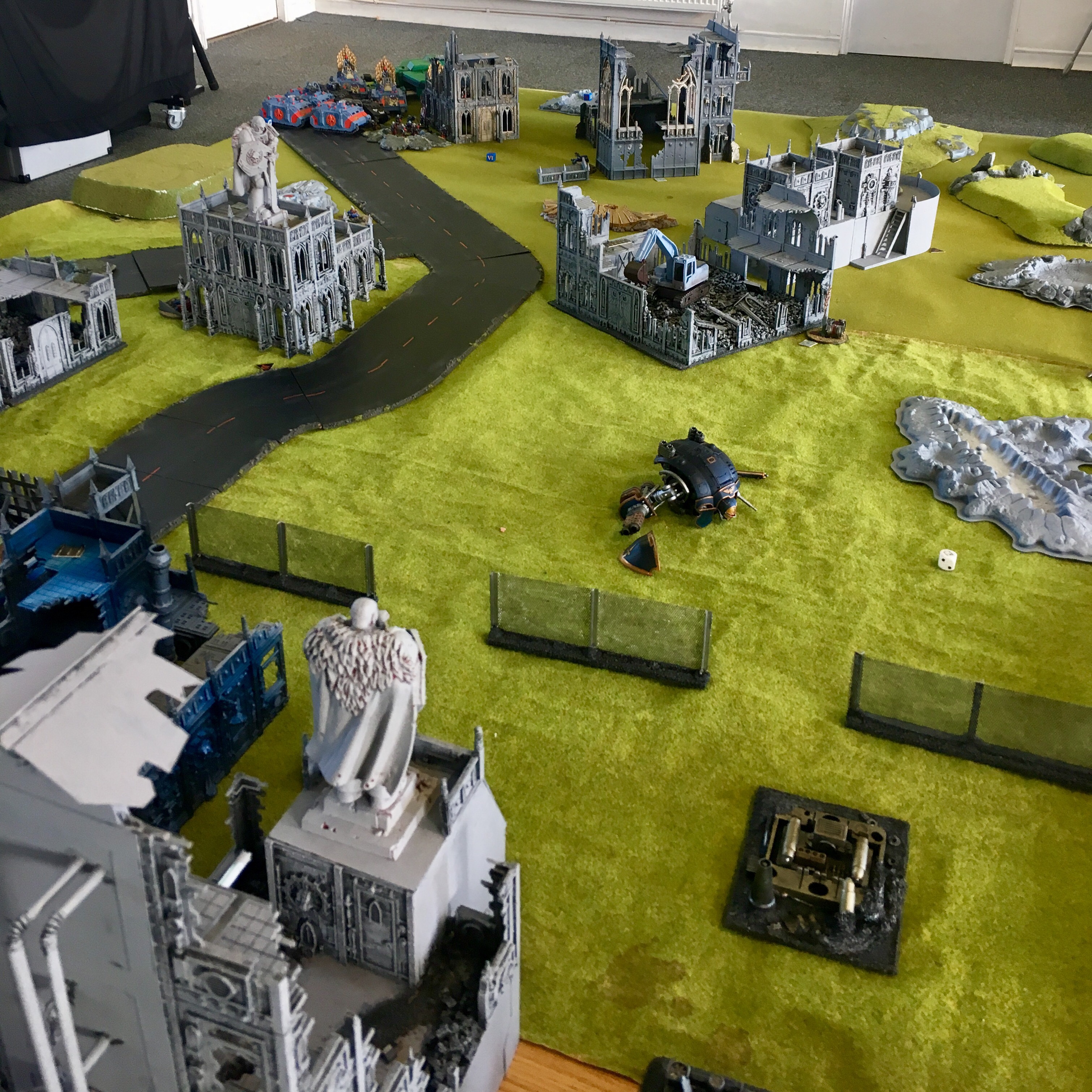 The Sisters advance but the lead Rhino is immobilised by the hidden Chaos forces. The Grey Knight deep strike near the governors location. 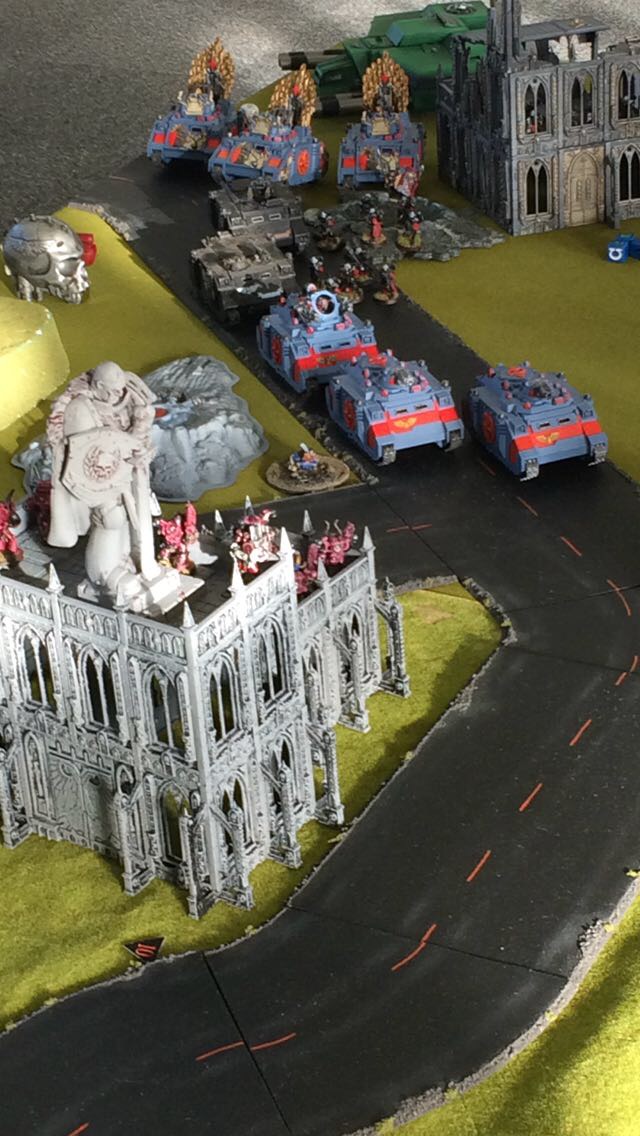 The Sister remaining mobile tanks try to move around the imobised rhinos, but are ambushed by more hidden Chaos forces. The Grey Knight reach the governor. 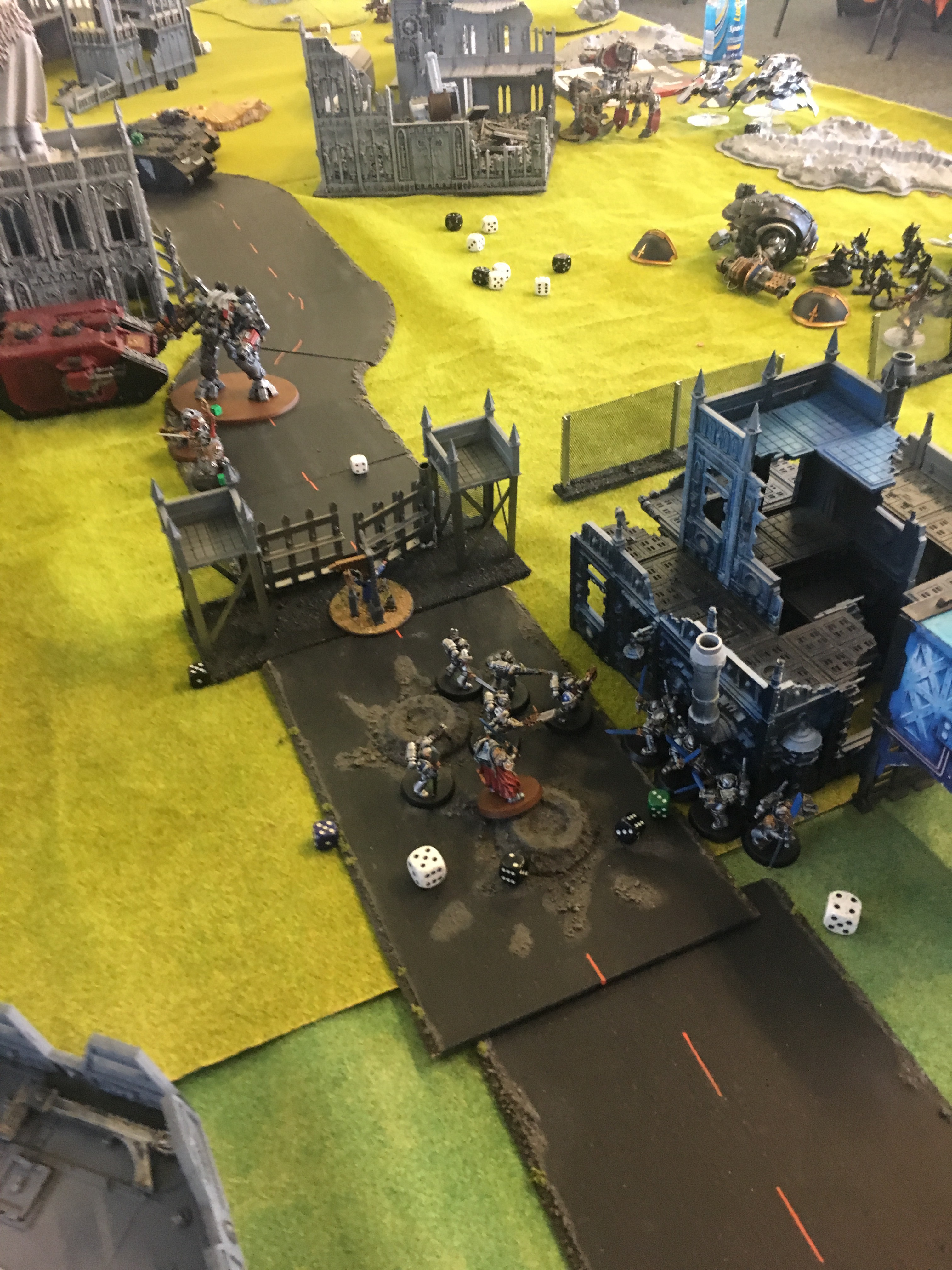 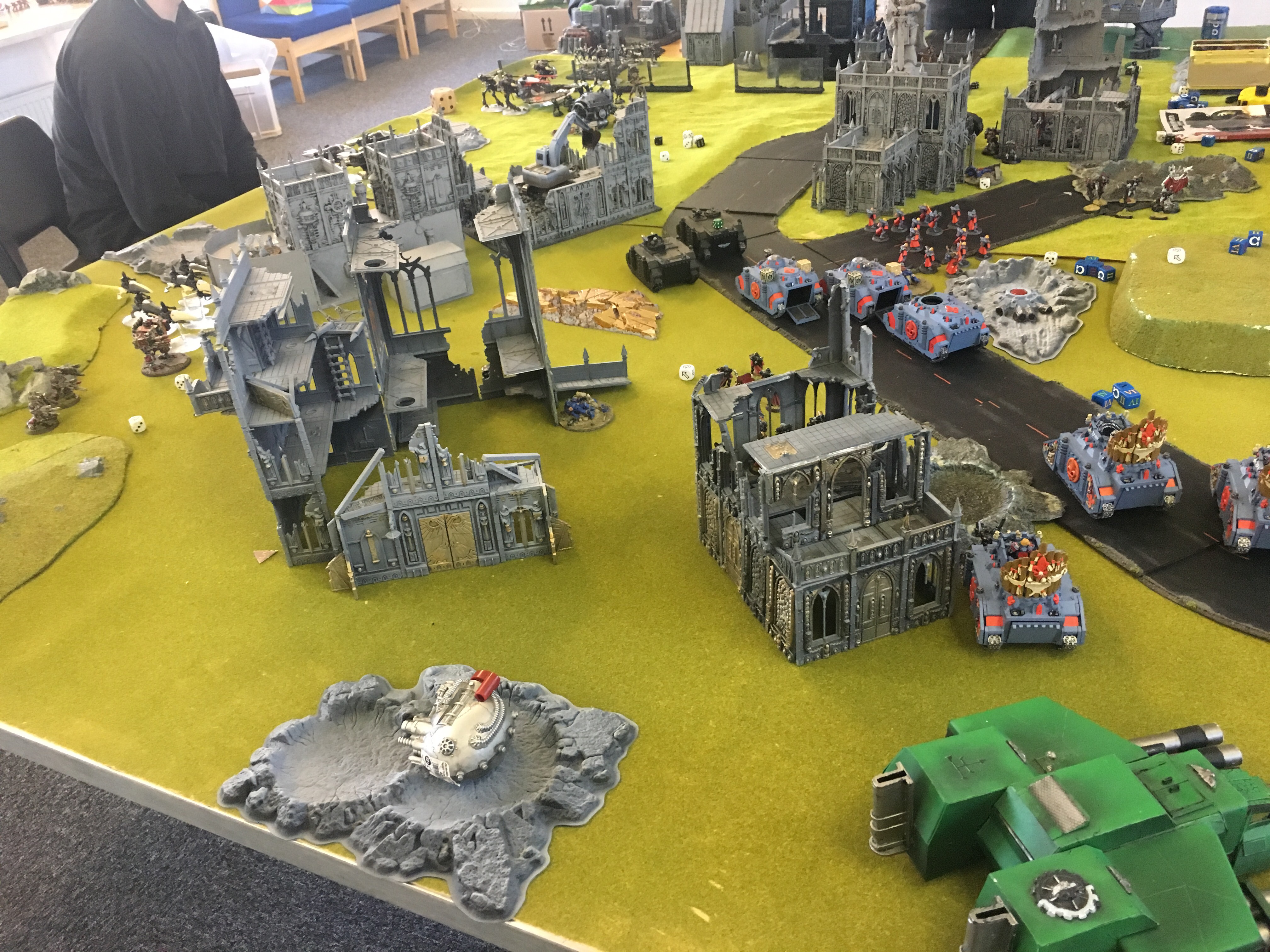 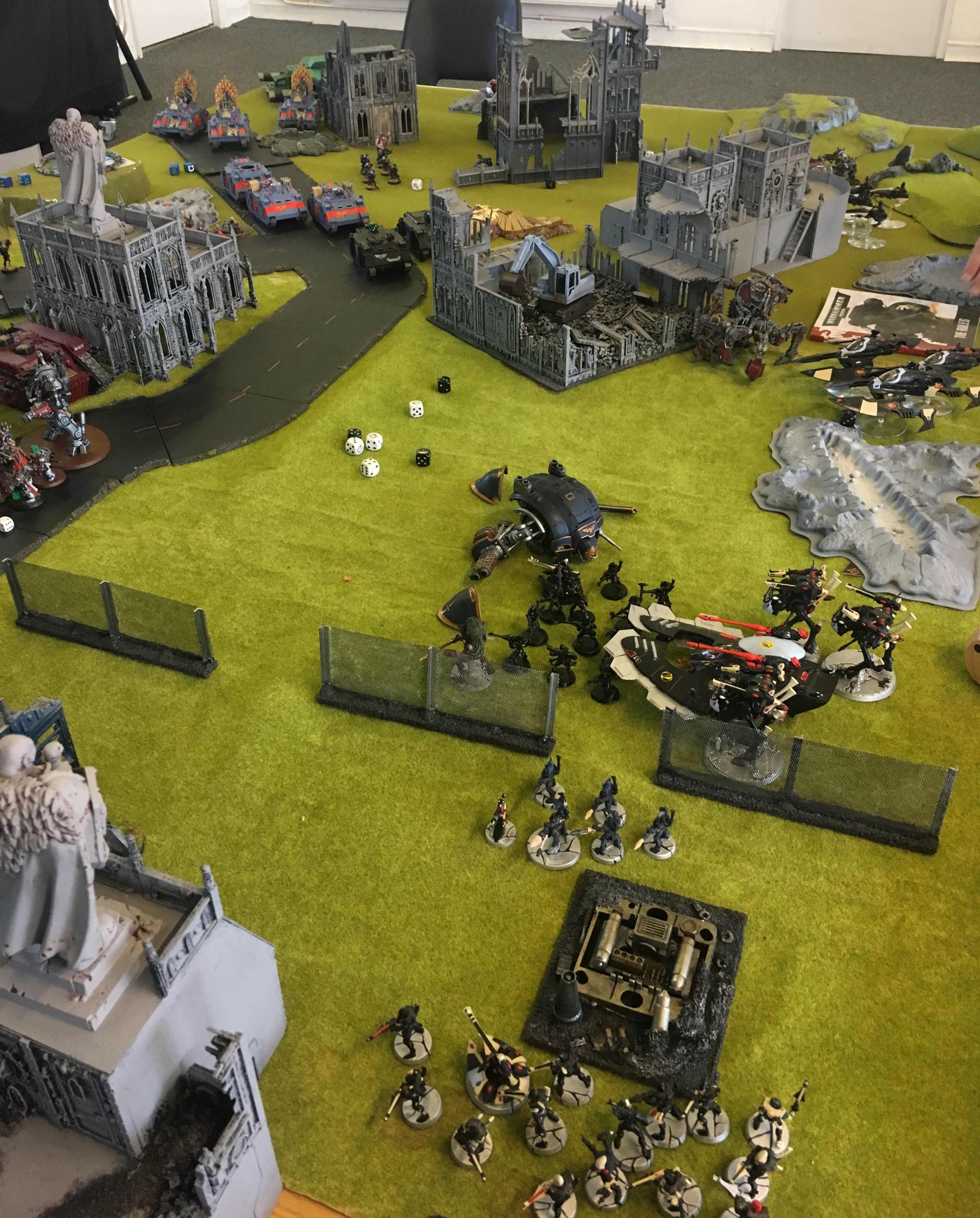 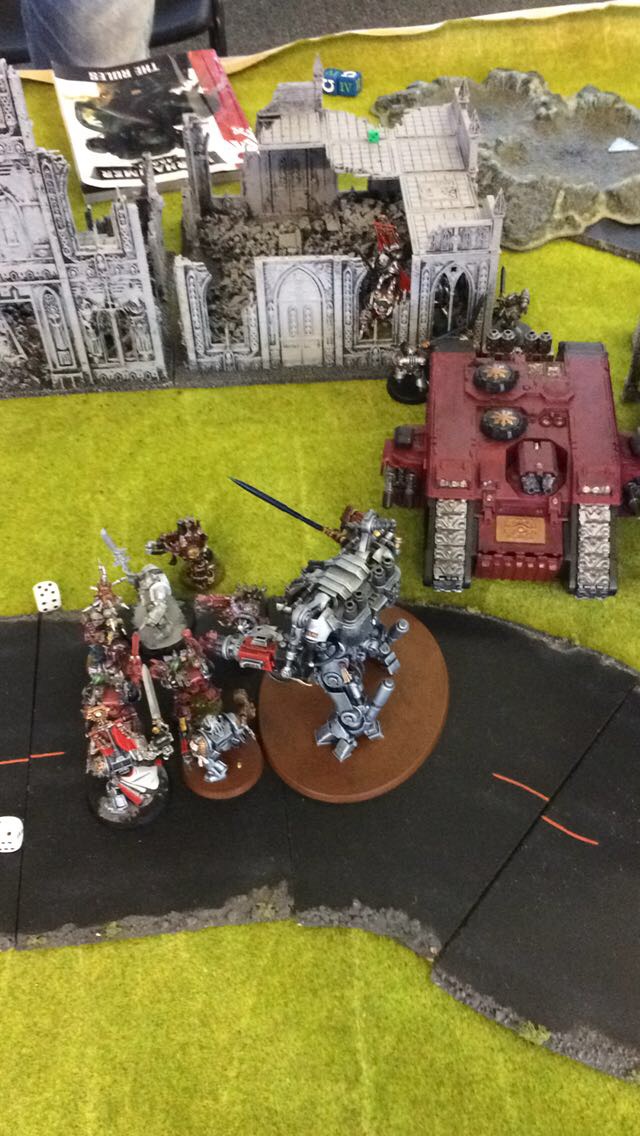 The time limit was reached before the Sisters could reach the Govenor resulting in the Chaos forces having the upper hand in the next mission.