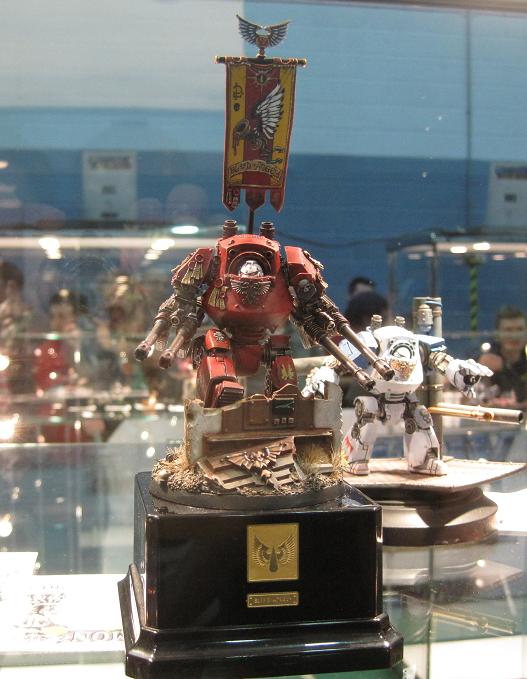 This Blood angel Contemptor Dreadnought was entered into Games day 2013 Golden demon, in the Warhammer 40,000 vehicle category. The Dreadnought has been armed with two twin linked auto cannon. Behind the Blood Angel Dreadnought is a World Eaters Dreadnought, which has been armed with two power fists for brutal close range assault.
At the time of writing this post Games workshop have not yet released any details for Games days in 2014. This could this spell disaster for this years’ Golden Demon and Armies on parade. After the poor attendance and feedback some people are speculating that Games day may not go ahead in 2014.
Have you or anyone that you know started work on entry for either Golden Demon or Armies if Parade 2014? How will you feel if Games day 2014 doesn’t happen? One thing is certain the editor of Warhammer visions will have a harder job finding content for the magazine, as will we finding content for Chapter Masters.