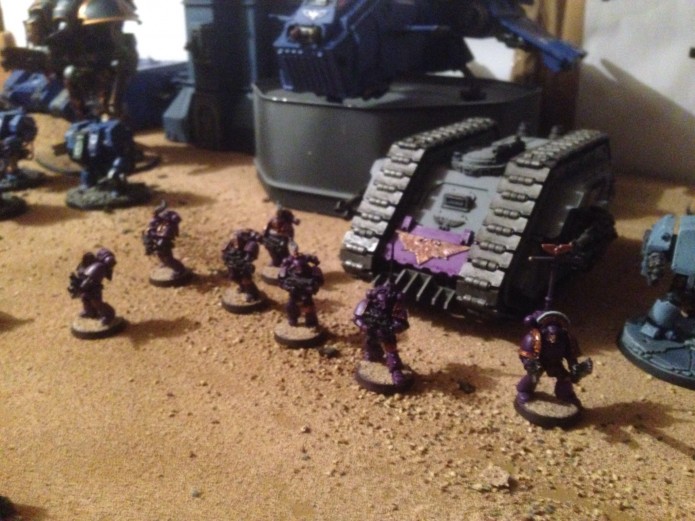 Ben has been doing some more work on his Emperors Children Landraider Proteus. Ben originally decided to paint the tank in Codex Grey, This was primarily to allow him to use it in all of his Space Marine armies, both to save on money and time painting, but also to save on storage space in his garage which is overflowing with boxes of Citidle miniatures. 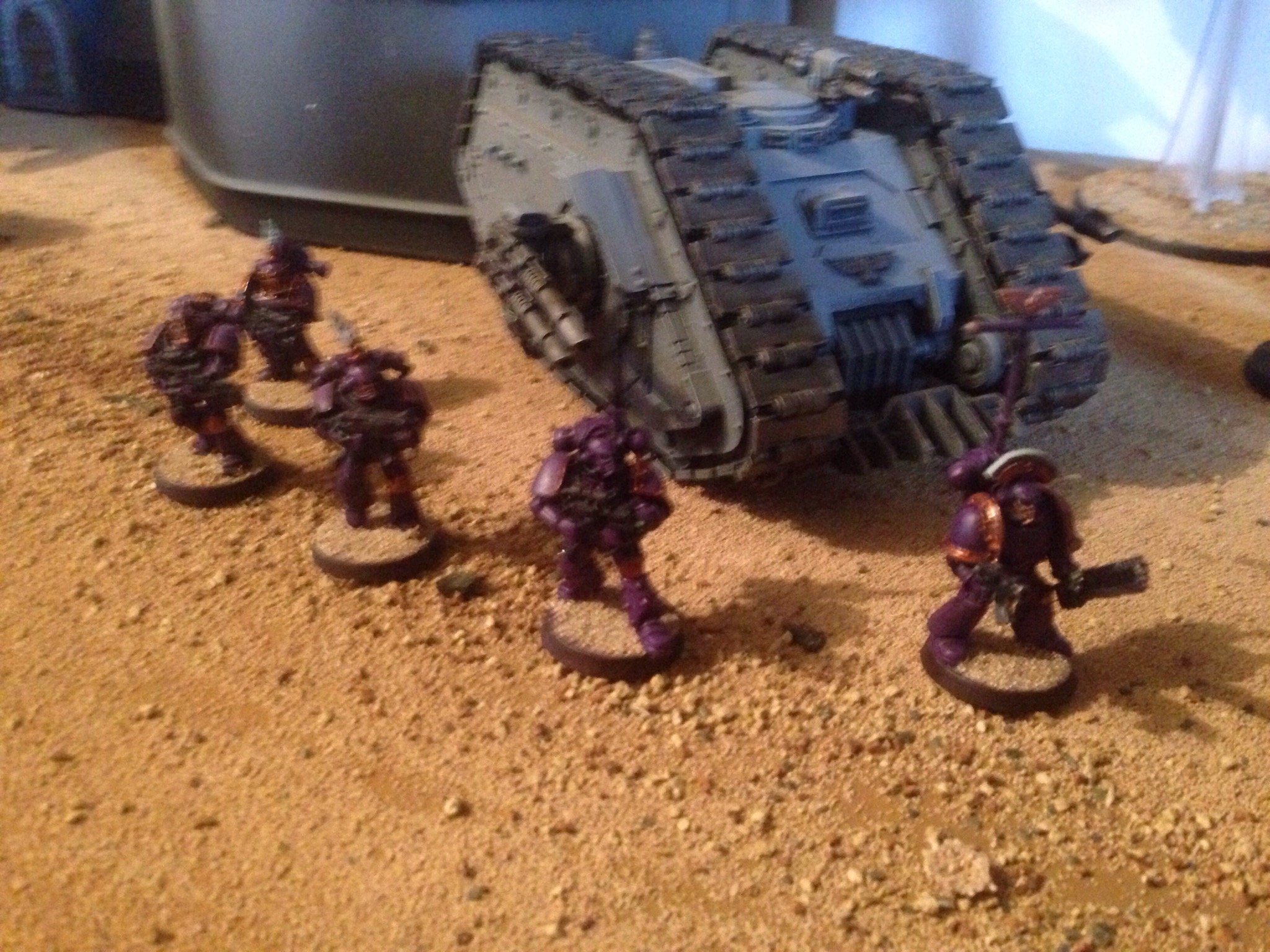 Ben has now implemented stage 2 of his codex grey plan, which is adding removable chapter doors for his Emperors Children. Ben plans to do the same with his Spave Wolves and possible with his Blood Angels and Grey Knights. Ben has taken this plan one stage further and used the front door of the Forgeworld add on as extra armour. Ben had this to say.
“I didn’t think the side doors alone really gave the tank the look of an Emperors Children vehicle. While the front door on the Landraider hull, doesn’t look perfectly suited to the Proteus, it does clearly make it look like an Emperors Children tank and also means a Forgeworld panel isn’t waisted.” 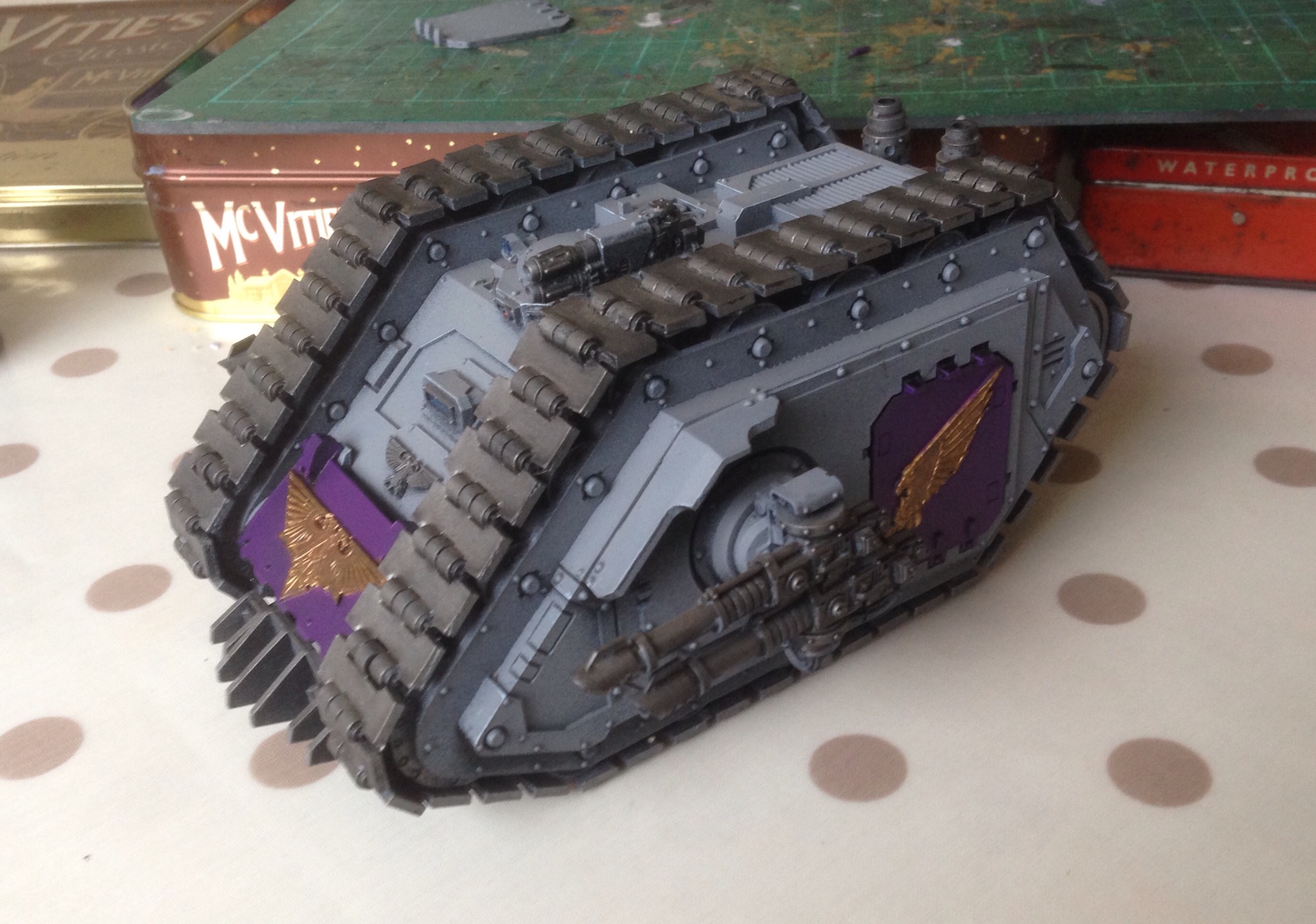 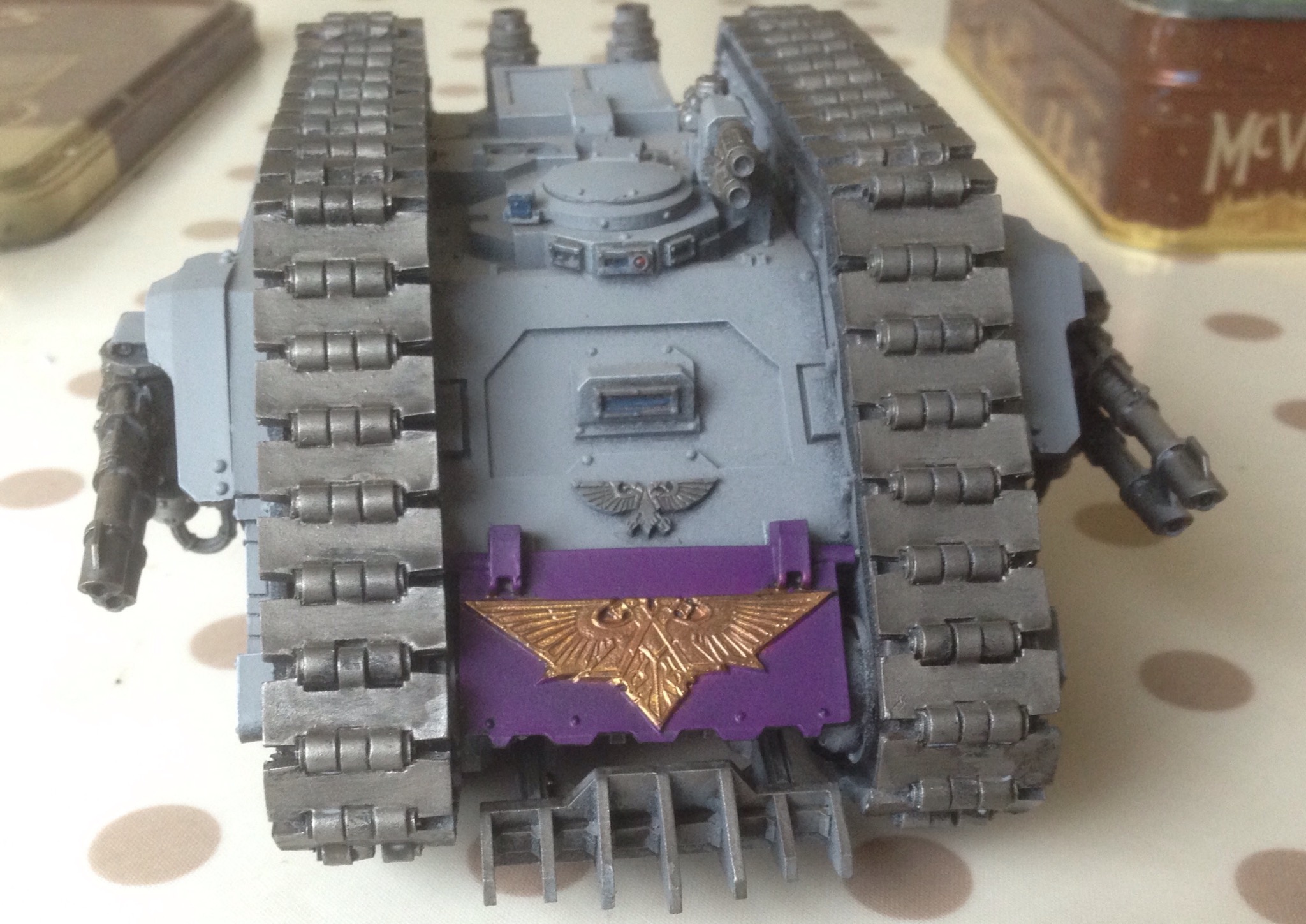 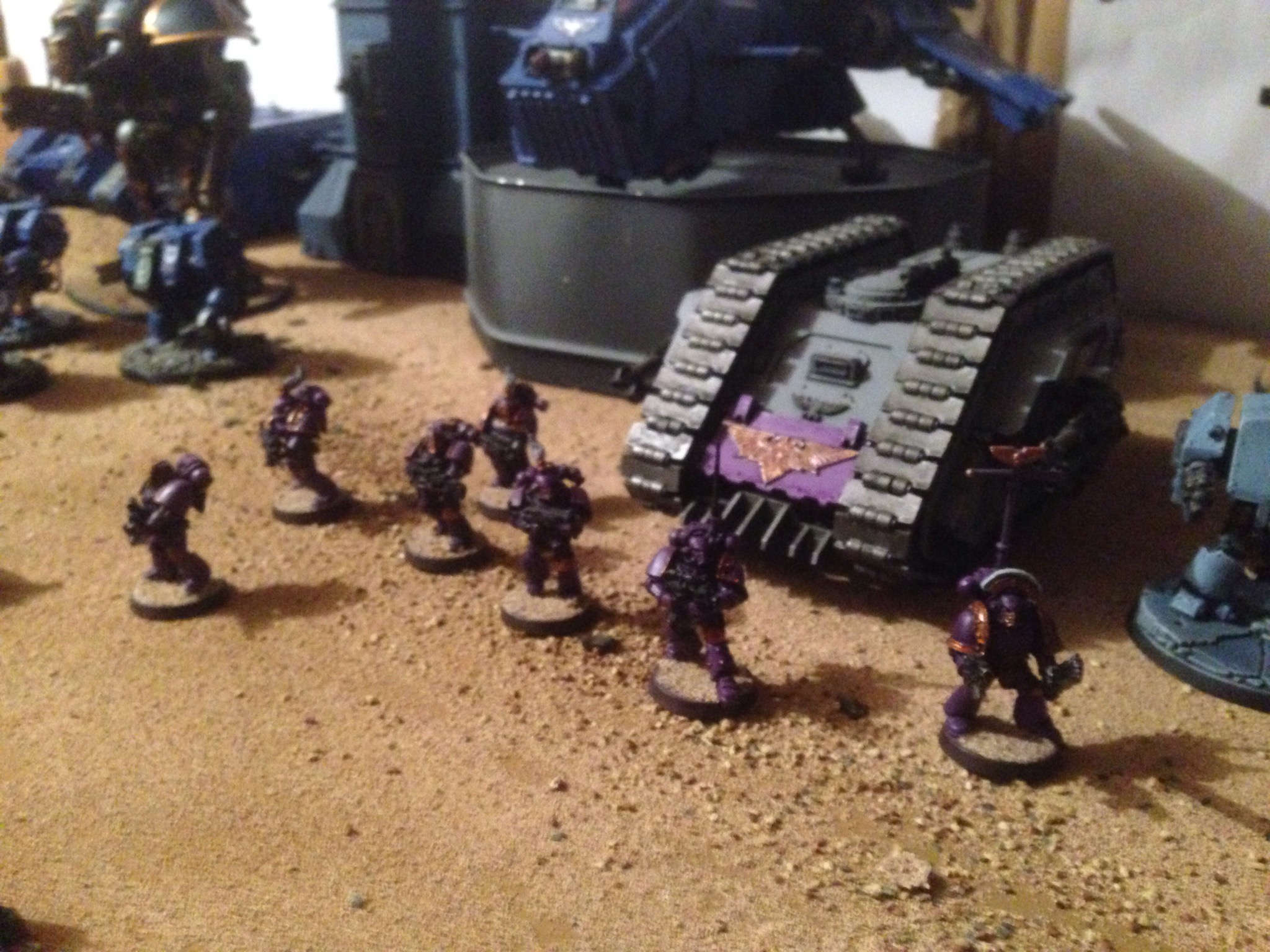 I agree with Ben (and often do) the front plate doesn’t look quite right maybe he should have tried a marine in the top hatch to solidify the Landraider’s chapter allegiance. I do understand his desire not to waist expensive forge world resin though. Maybe some sort of objective marker would have been a better use of the front hatch?