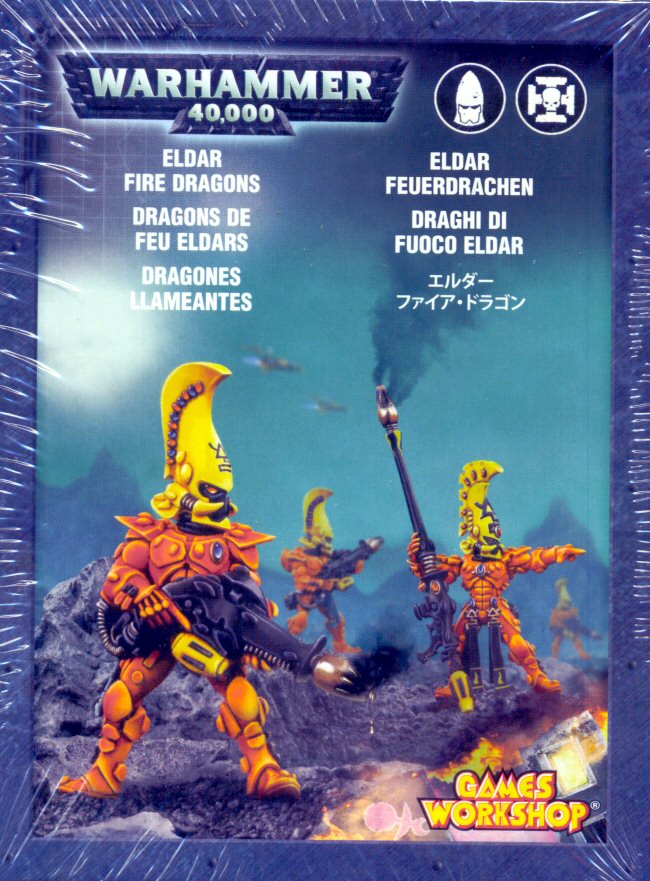 Fire Dragons have received quite an upgrade. They are now on a par with Space Marines as the appear they have been bless with reaper “heavy armour”. This is a major boost for the Eldar suicide bomber squad. Eldar players can now send their tank killers forward in a Wave Serpent with a good chance there will be some left to complete their mission in the following turn. Once their have unload their Fusion Guns or Assaulted with Melta Bombs and received the opponents wrath, there may even be one or two left to cause some more trouble in the following turn. If Battle focus does enable them to run and shoot or shoot and run. They may even be able to get themselves a cover save.

Source is “Kirby” who need to “curb his enthusiasm” for publishing real points costs and scans of the codex. Hence no link to his site (as we don’t want to risk angering GW legal again).