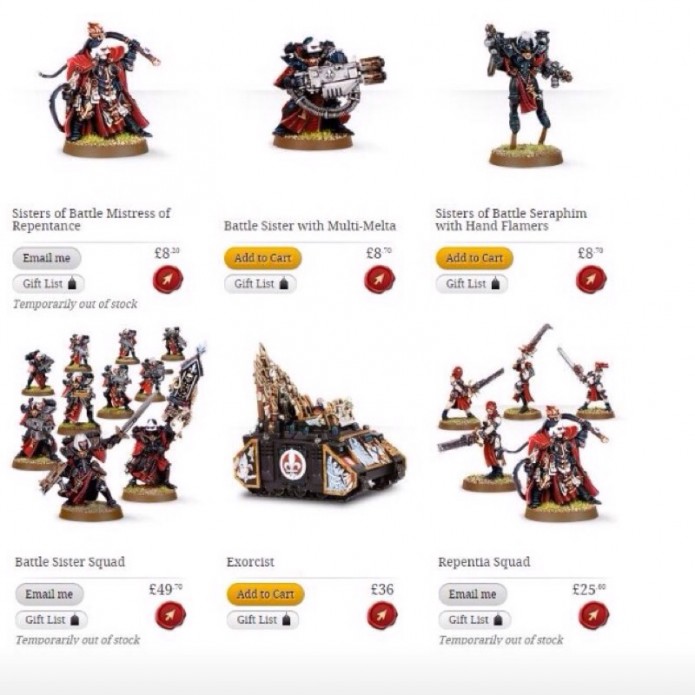 March 4, or rather March forth saw sisters of Battle fans buying models in droves. As a protest of what sisters of Battle fans feel has been years of neglect, hundred’s (unconfirmed) of Sisters of Battle players decided to take matters into their own hands and show GW just how many people want to see new sisters released. This all stared out as a simple idea by Antony aka BlackTalos a member of DakkaDakka…

“The idea here is to get most players who collect Adepta Sororitas armies to purchase a single model in order to show our support for GW, and entice them to update their Battle Sisters range.
The plan is very simple, and will simply work on the spread in Social media and gaming groups. ” 22/1/15

“On the 4th of March 2015, i would kindly ask that you purchase THIS MODEL. You may select an alternative, such as THIS or THIS. The most important thing is to try and do this as close as you can to a selected time: 8am PST 10am CST 11am EST for the US 4pm GMT in the UK 5pm CET for most of Europe Or the equivalent time in your time zone.”

In parallel to the idea the members of the Sisters of Battle facebook community where discussing a model buying drive and a national sisters of battle day to raise their profile on GW’s raider.

“From Kieran Frankenstein
“I think someone should make petition to save SOB or make a date where everyone you could get, goes out and buys a sisters model or unit every month or 2 or 3 so that we can save the sisters of battle. ” 1/2/15

From Jon on the Sister of Battle facebook page “Should we have a Sororitas day, where everyone orders a model from GW?” 1/2/15

Mathew Leahy 1/2/15
“There’s a thread on Dakka that outlines the plan. I’m planning on doing it.

I also proposed that players send select members of the GW design team a letter that has been sealed with an old fashioned wax seal, timed to arrive around the same date.

And so began spreading the word. Sites far are wide came out in support of the forgotten Sisters Players.

And there where more I’m sure.

There was one site which refused to take part. Response from Warseer “ideas from the sisters of Battle Facebook page can stay on Fackbook” thread closed.

But back to the result of this positive drive from a internet wargaming community known wide an wide for it’s ability to complain.

The result was, for a small window of time, GW sold out of Sisters of Battle models far and wide.

The UK, which acts as a warehouse for most of Europe sold out of 10 products. Four days later it is still trying to recover and it recasting 5 lines one of which, Sisters of Battle Superior with Bolter may never return.

We are contacting you today regarding your order with Games Workshop. We apologise for any inconvenience, but our dispatch department has informed us that unfortunately the SUPERIOR WITH BOLTER are currently out of stock and we do not have an exact date of when this will return.
Would you like us to hold the order or remove the item and you will not be charged?
If you could reply back stating which action you would like us to take we will organise this for you as soon as possible.
Kind regards
Sophie
Games Workshop Customer Service”

So all in all I would say the Sisters really did have their Day.

If you missed this it’s not to late to take part. GW reports monthly sales figures, so any orders placed on March will still point to Sisters of Battle day.

You can register you involvement in this poll

Have you ordered a Sister of Battle on March 4th 2015 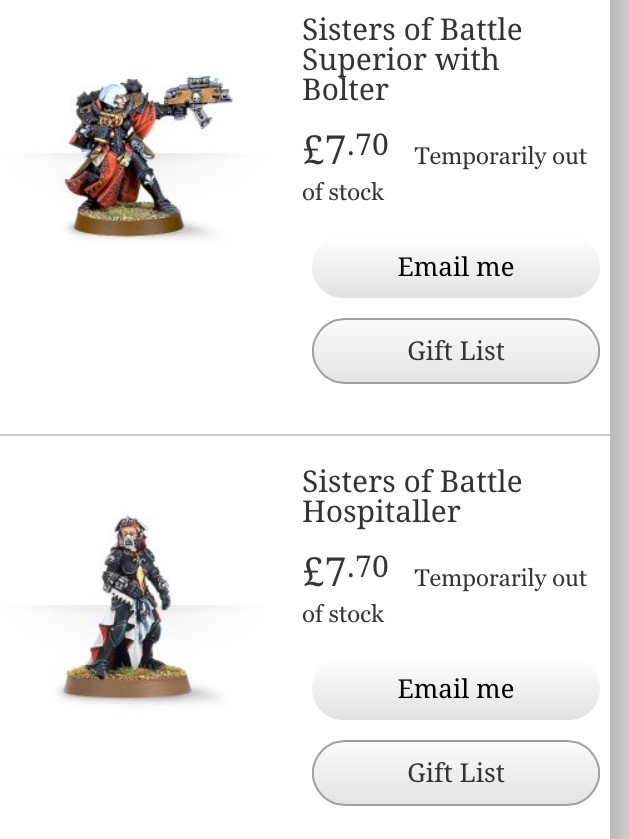 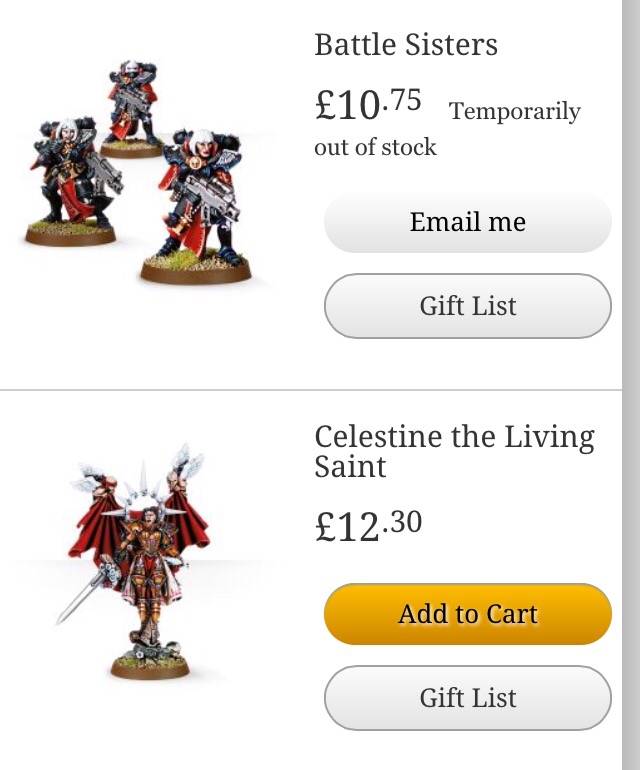 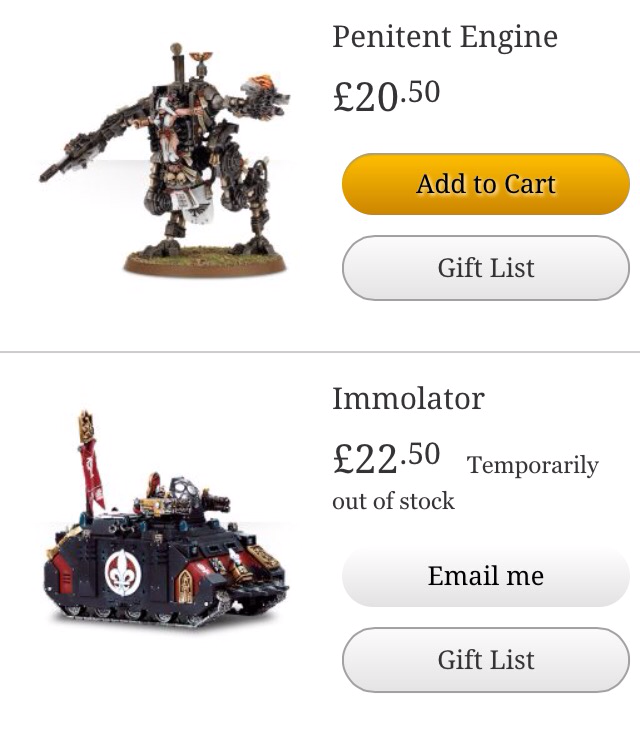 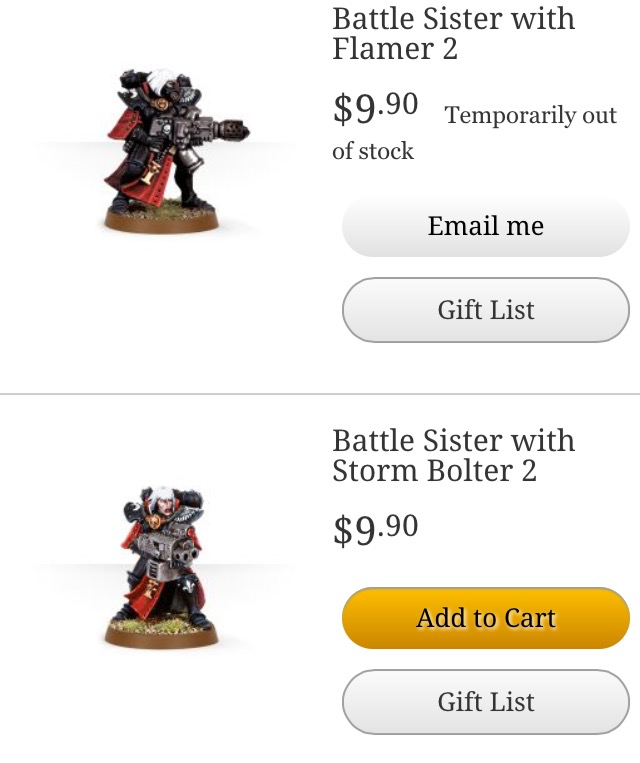 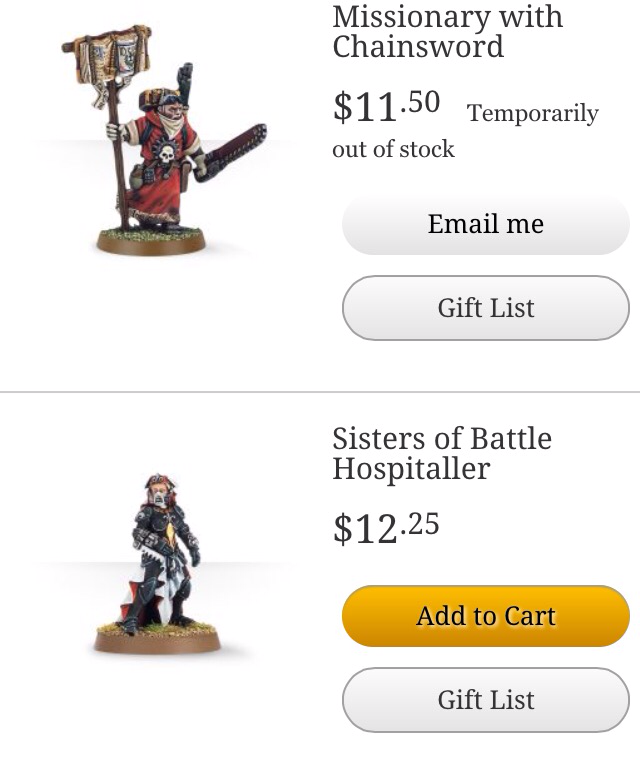 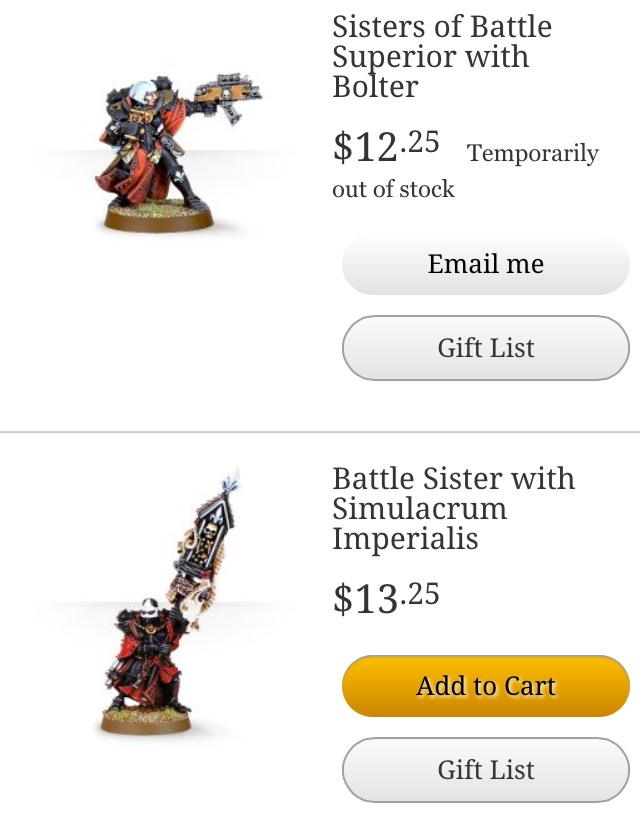 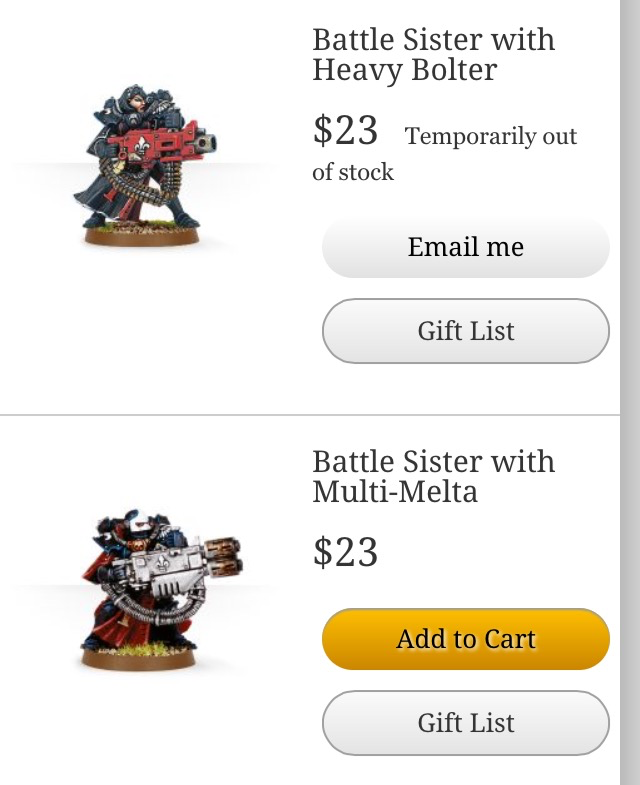 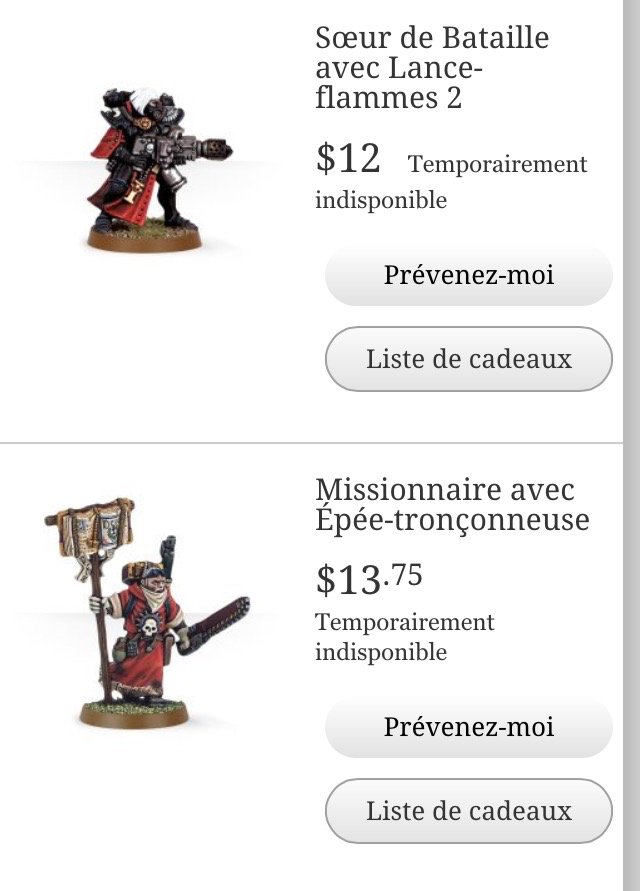 14/3/15 Almost 2 weeks later stocks, have still not recovered in the USA 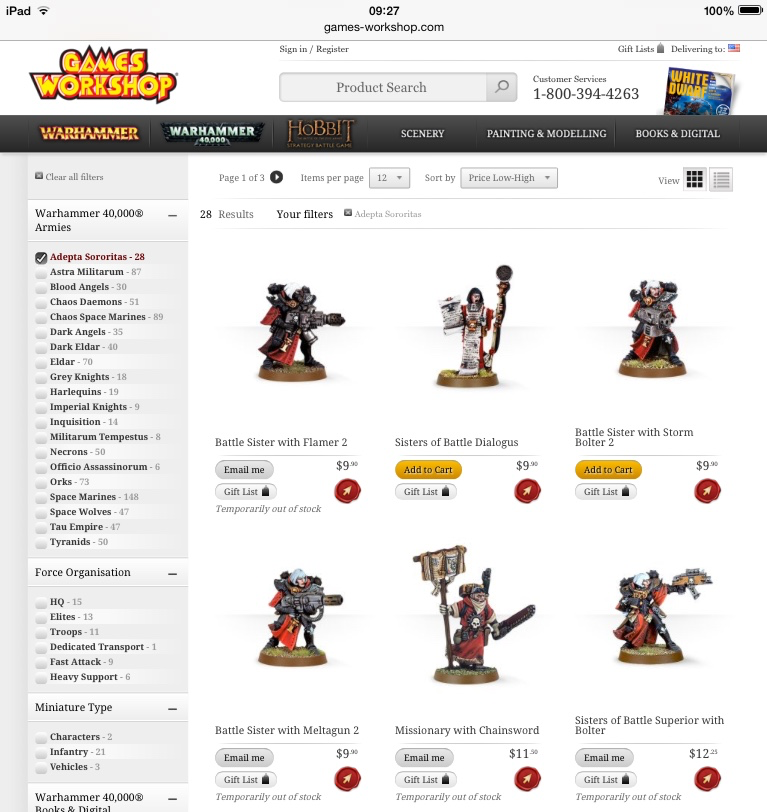