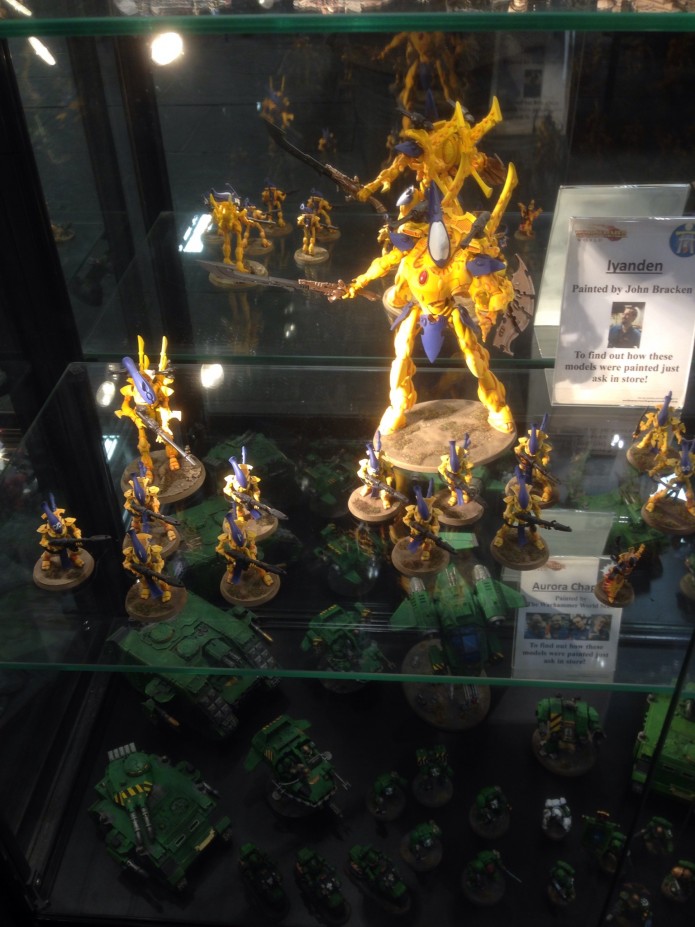 Can you believe this army took less than a week to paint? John Bracken a member of the warhammer world staff is the mastermind behind this superbly painted  Iyaden Army. If you want to find out how he has managed to paint these models so quickly and the reason why he has kindly explained how and why in this newsletter http://warhammerworld.games-workshop.com/2014/07/29/how-to-paint-an-army-in-a-week-no-really/

Hopefully with the release of the new Eldar codex being called Craftworld Eldar the Iyaden Craftworld wont be left  to out of place and have their rules included as I have always liked the idea of running a Wraith army and i’m sure that has nothing to do with the Wraith knight being improved recently.(snigger snigger) hopefully they will make a nice support army for My harlequins that I will hopefully be able to show you soon. 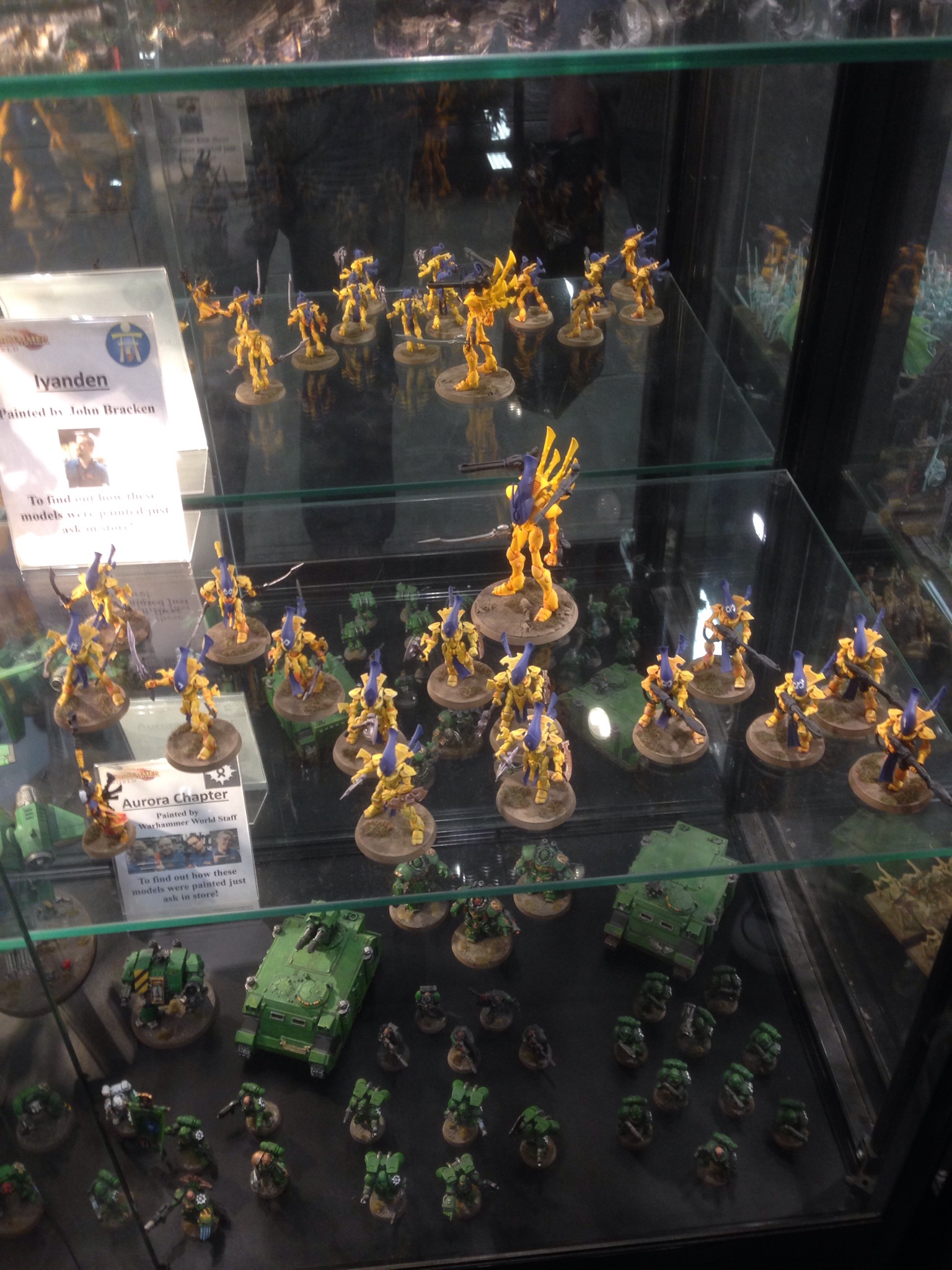 Above is a Spiritseer leading a squad of Wraith blades and a second Wrathlord.