Ben had updated his blog again. This time he has been rebuilding ruins, what a Techmarine he is. He has also made some progress on his Emporer’s Children Legion.

Ben told me he pulled all his ruin’s into bits and then put them back together again, afterwards he realised he could have got the same result by just taking one of the pieces apart and attaching it to the others. But that wouldn’t have been as much fun.

You can find his blog here chaptermasters blog . 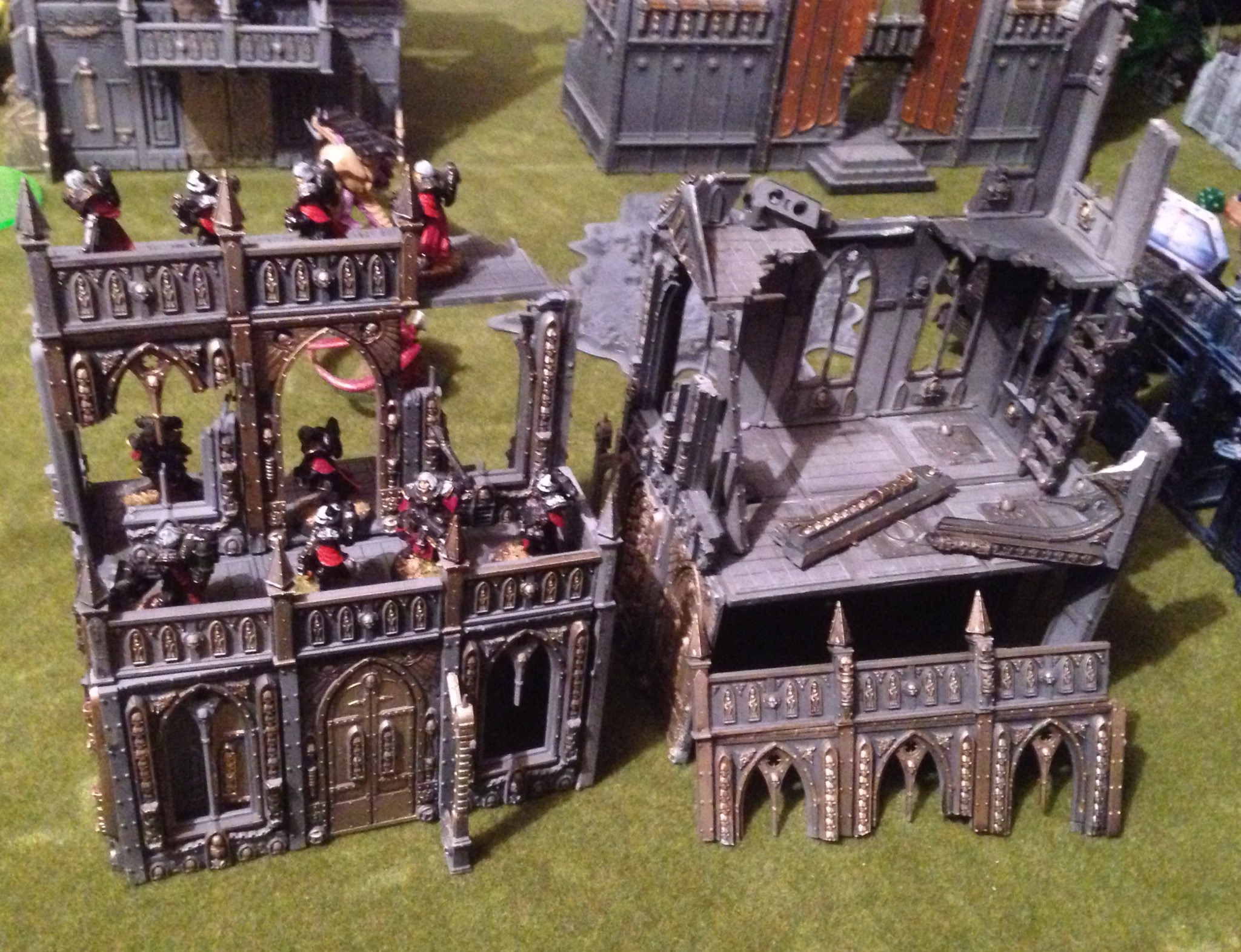 Ben’s Sisters of Battle getting an outing defending what’s left of a Basilica Administratum.

Games Workshops ruined buildings really are a lot of fun to put together. While the Shrine of The Aquila at 25 Goblin units is the best value for money in that it provide enough plastic to build a small solid ruin or an open ended long ruin, it doesn’t provided as many build options as the Basilica Administratum or Sanctum Imperialis. However to make a solid building you will need at lest two boxes of either of these.

Ben has painted his ruins using his Grey Primer over Black technique. He tells me this works just as well dry brushing Grey over black. The gold is dry brushed over the sprayed building and then wash with brown, which brown depends on what sort of end effect you want for the gold. Light shades provide a clean gold, while darker shades make suit a more scorched look. Ben recommend this grey over black technique for most building colours as it provided pre-shading. A technique Forge World’s army painters use. Getting the amount of Grey right is very important, washed of null oil can be use to tone the grey down if too much is used. After applying the grey Ben will dry brush other colours on top if he wants a blue, red or green result as seen on his bunkers or other buildings below. 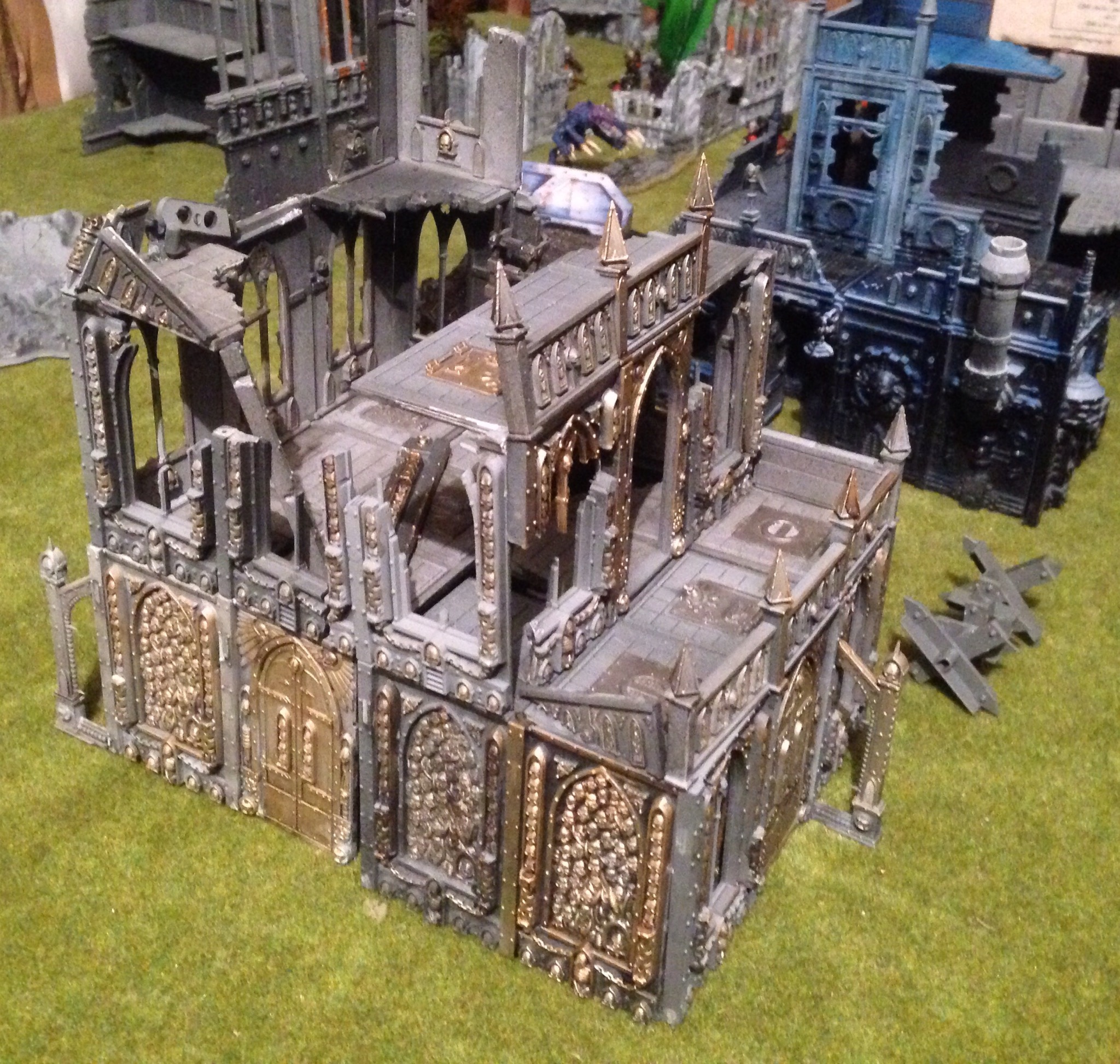