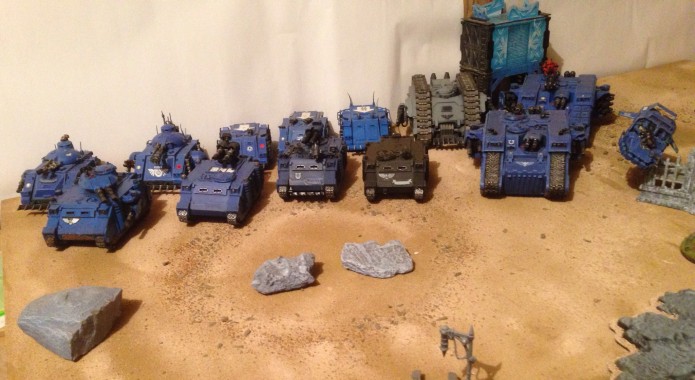 It’s been a bit of a weird year for 40k fans. The surprise end of 6th edition 2 years earlier than expected, the rise of Imperial Knights and other super heavies, six new 40k codex, the end of White Dwarf and Games Day, the start of Warhammer Visions, Warhammer Fest and White Dwarf weekly, the second wave of new Tyranids less than 12 month after their new codex releases. The end of Matt Ward and kidnaping of Jervis, Phil and Jemery (have you seen them recently?) If nothing else you can’t say it’s been boring year for 40k. I don’t know anyone who has dropped the hobby this year, quoting the cost of competitive play and the unbalance created by super heavies. However I don’t know of anyone who has rejoined after quitting under 6th edition. Lets all hope the new CEO will understand the damage GW management have done over the last few years and start to invest in the segments of the market that promote long term growth of the hobby. I hope your own game group faired well this year and you have been able to keep modelling, gaming and painting.