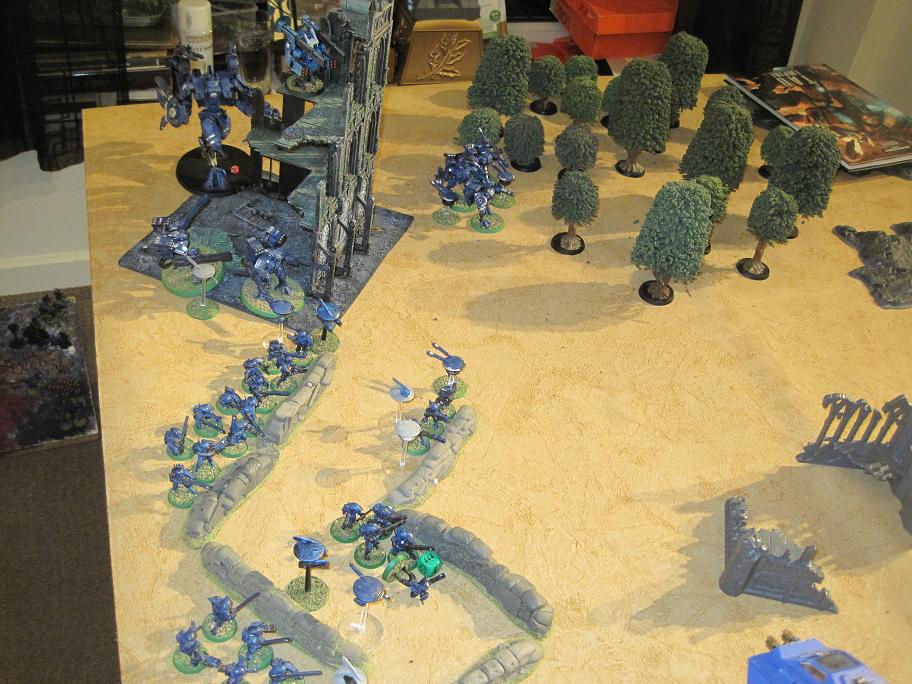 The Rip tide (one wound remaining) retreated behind the ruins. The Tau force focuses on the Tactical Squads, who were now in range of more of their guns. in the shooting phase taking all but the marine armed with the Lasconnon.

The Marines responded by marching forward and focusing their fire on the remaining Fire warriors and pathfinder. Exacting a heavy toll on each squad but removing none of them. The assault squad managed assault one of the remaining fire warrior squads without taking heavy casualties from overwatch, but didn’t managed to wipe them out.

I let the Tau player roll for game end, but we continued into turn 7.