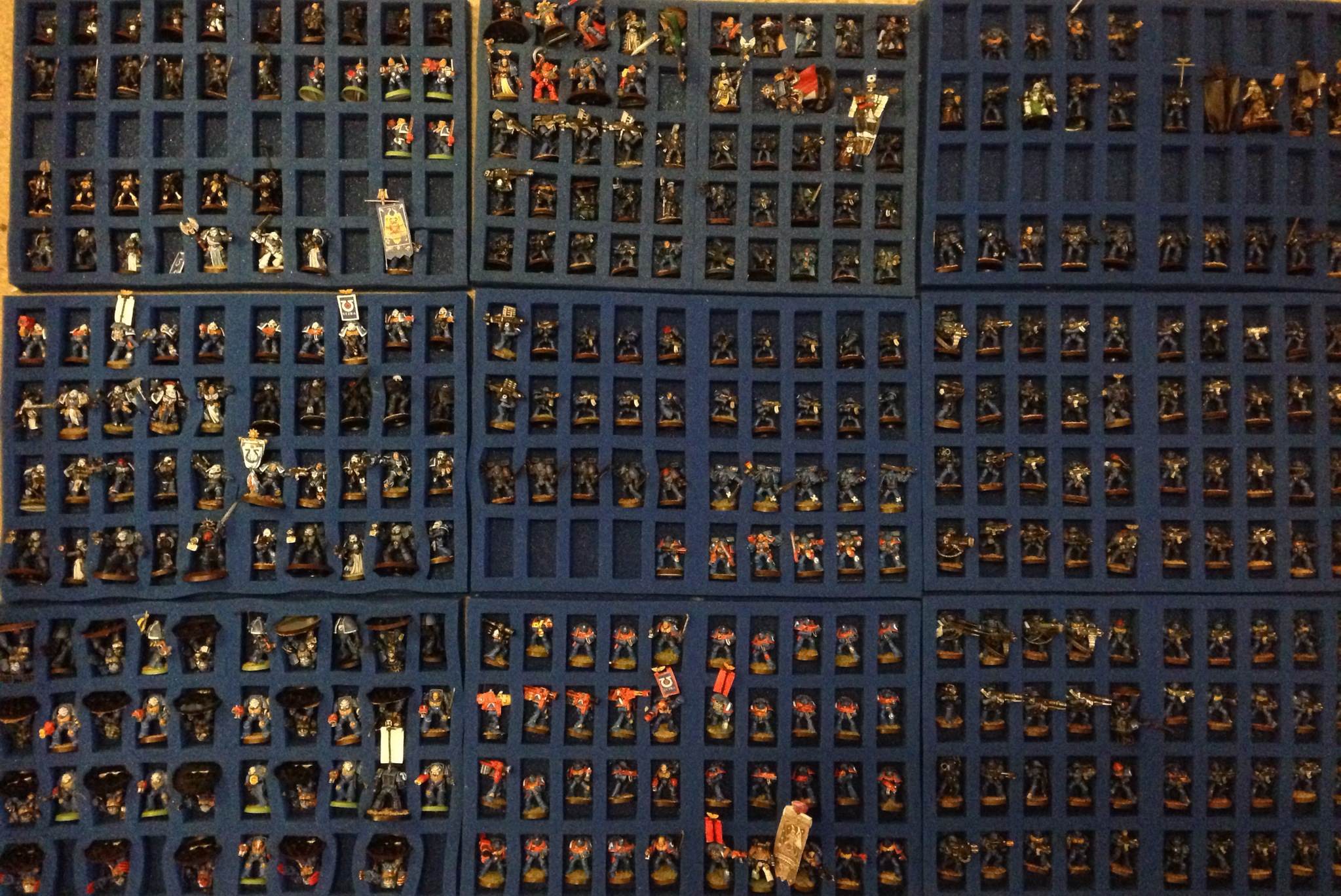 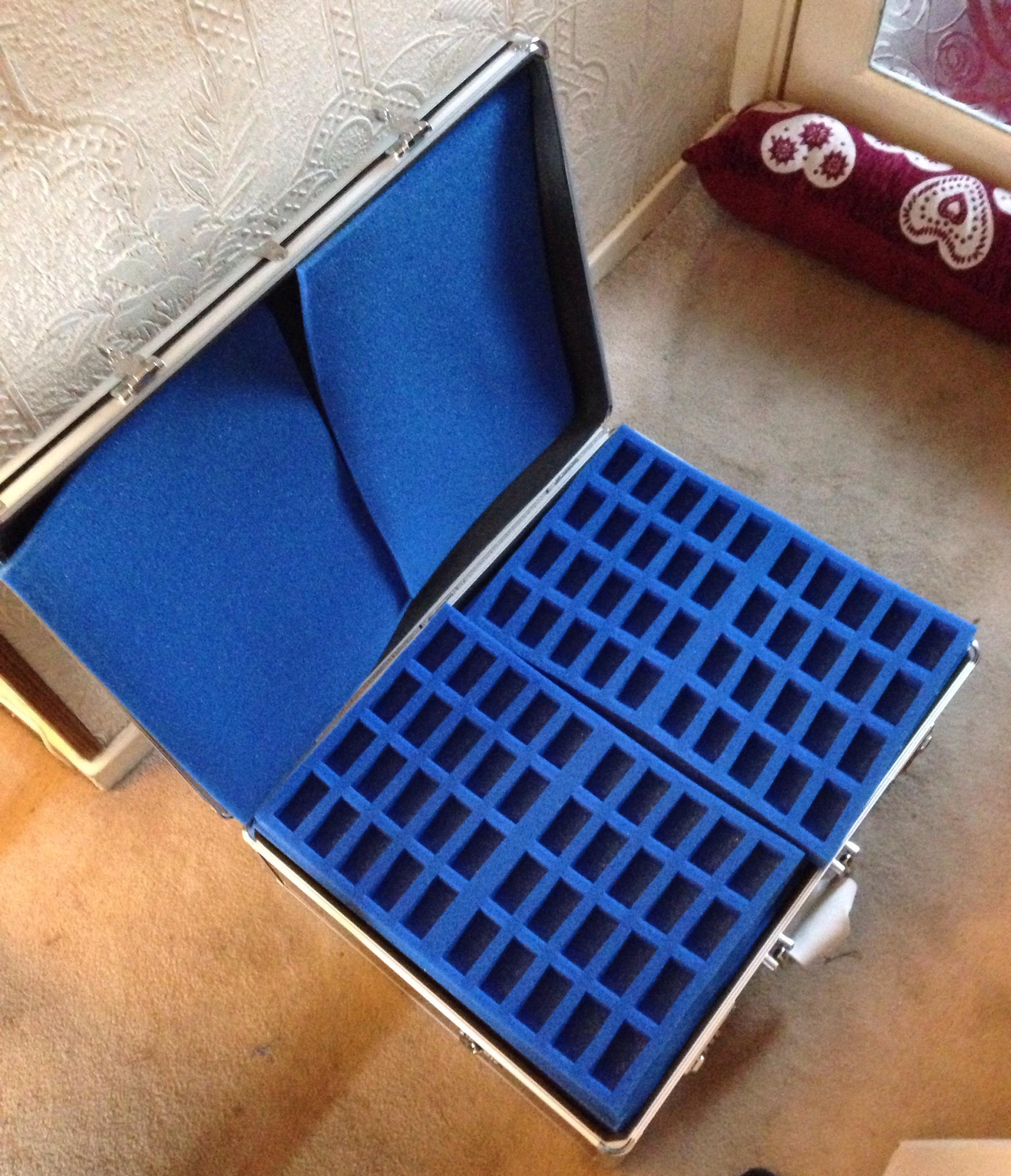 Today I received my upgraded KR multicase. My Ultramarines have recently exceeded the combined 320 model capacity of a single KR and GW case. The balancing act between the car and Warhammer World have also got a bit tide. I’ve seen far to many models hit the deck and smash into too many pieces this way.

I opted for the KR480 which has 12 4×10 trays with compartments on a similar size to a games workshop case. While I love the increased capacity of the higher density KR trays, Terminators will not fit and jump packed and banned models are not well suited.

I must say I’m as delighted with this case as my 1st KR box. While the case does not have the same quality and durability as the GW and battle foam cases, the model transport capacity is higher than GW cases and the cost is much lower than the battle foam equivalent. The trays are a bit shallower than GW cases so terminator 40mm bases stick out a bit far. However with the amount of spare trays it’s possible to inverse one tray to provide more space for the 40mm bases. The other thing I’m very happy about with this case is the interchangeability with my other KR cases. This has meant I can up the capacity of the case to 500 by simply swapping 2 trays with my KR200 it also means I put Terminator holding tray it the KR200 case which holds my Space Wolves.

I’ll sign off with a picture of my Ultramarine collection which totals over well over 300 Space Marines including Terminators, stored in just 9 of the 12 trays in the KR480 case.