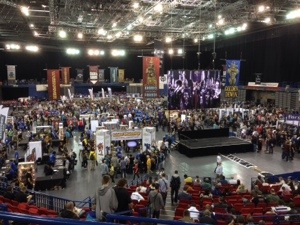 I spoke with the artist who did this picture of all the Space Marines lined up for inspection by a chaplain. This picture is displayed in the entrance of warhammer world. He told me the picture was originally black and white but had later been coloured in on a computer. I asked him where the idea for the picture came from. He explained that he was  given a brief to show Space Marines in suits of power armour made up from mixed Mks. He also thought it was very interesting picture because it was static space marine which are often depicted in artwork. 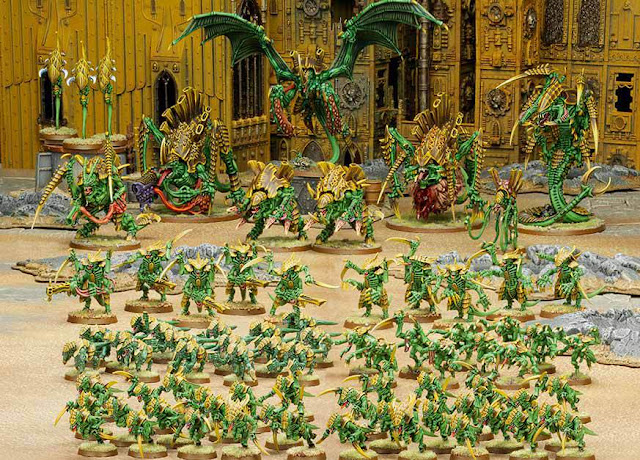 White Dwarf: I had quite a lengthy conversation with the Editor Jes. He was asking for feedback on the new format white dwarf, giving them any feedback last year was a bit of a challenge given that I hadn’t got one of the new ones yet. However with 12 months of white dwarf on my shelf it was very easy to give them some feedback . I started of with a  complement this is a really good way to put people at ease and get the truth out of them.  Jes’s Tyranids were in the cabinet, which have been in white dwarf before but the standard of paint work on them is quite amazing. I really don’t think this comes across in white dwarf. The first thing I shared with him was my  frustration when I happen to accidentally flick to the last page the battle report before I’ve read it and find out who has won. I spoke to him about the lack of use of the studio models in the battle reports. He said that he and the staff really wanted to freshen things up by not using these models although they have now pretty much used all of their armies so he was  now considering using studio models again. We also discussed the lack of tactics or at least the lack of information about what new units did in the white dwarf.  I’ve always felt this is something that sometimes comes across in batter reports but at the same time they don’t have all the new models in them, so I’m left wondering which models I want to buy. He said they would and that they were looking into it although it would probably take about five months for the change to happen. We also talked about the detail within the reports, in that they now include turn by turn accounts for the first half the battle. I also spoke about how important it was to get a good picture of the full table with all the armies on it at the start of the report. One issue had a fold out to show this which I said  was actually fantastic because it gives context for the rest the battle. Without this your left wondering how the individual combats are actually relating to what else is going on elsewhere on the table. Next I spoke with him about the weight of content for each system within each issue. As the content is focused on the current release it’s mostly for players of one system. There have been issues with 50 pages of 40k even though it’s a fantasy release months, but it’s far worse for fantansy players, I’m not one of those but I do know people who only play fantasy battle. Some issues are almost totally irrelevant to them. I said it would be ideal if there was a battle report for both Warhammer 40k and fantasy each issue. However I did say I didn’t think this was a good idea if it meant the battle reports got shorter. He really seemed to take this on board and gave an indication that he hadn’t really considered this before and though it  was quite a valid point whether or not that promotes change I don’t know. I finished up by going back and reiterating the importance of some tactics being clear for how the units are used. I must say I thought he was a great chap and really got the impression he was taking the feedback on board, and also finding it valuable. We talked about our own experience of using our Tyrannic collections sharing our frustration with Mawlocs and Trygons being bullet magnets. 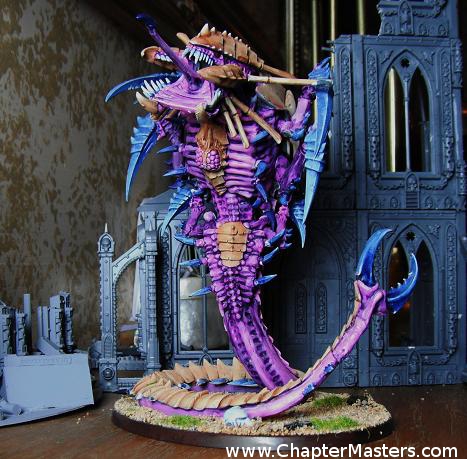 The Mawloc, a bullet Magnet