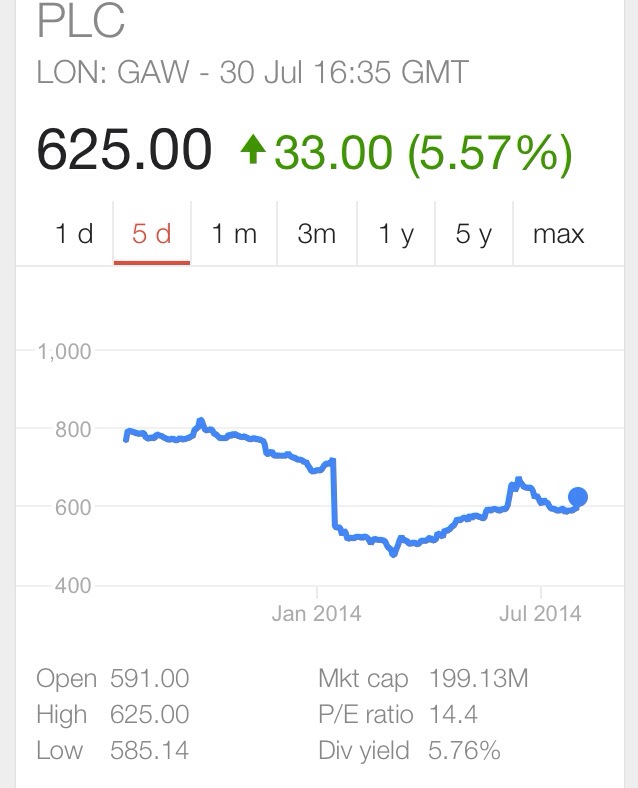 Today GWs shares have rallied, after the poorest set of profit results for many years and to the continued trend of dwindling sales. We can only assume Tom Kirby has attracted investors with the news of a positive horizon. No threat of 3d printers talking over and no need to worry about future falling profits, even after axing 100s of sales staff across the globe, reducing store opening hours and continued falling sales. Usually a sign the medium term future does not look good.

For some reason I’m remembering the South Park episode. Where the dictator says “Guy’s it’s ok, don’t worry, you can trust me”.

Perhaps it was the news Tom has decided again to hire a CEO. Perhaps it’s the fact there is still enough cash in the bank that the new CEO will be able to make further changes. Dispute 4 million being spent on a new web store and a further 0.5m on severance pay. You have to wonder how long it will take for these measures to pay off. Investors may be wondering why when profits were falling the acting CEO decided to embark on such an expensive project.

The other possibility is that investors had seen some desperate measures from GW to prop up the balance sheet i.e. 7th edition and where expecting the end of year statement to be a repeat of the mid year statement, fortunately for the provider of the worlds most popular table top war game, it wasn’t. After a dividend payment which indicated GWs profit figures where going to be around 8m profits have been announced at 12m. Of course profit would have been 15m. If the web store had not been upgraded.

What ever the reason it does appear the market had responded positively to GWs end of year report. I’m still opting to pay off my mortgage rather than sink money in to GW.