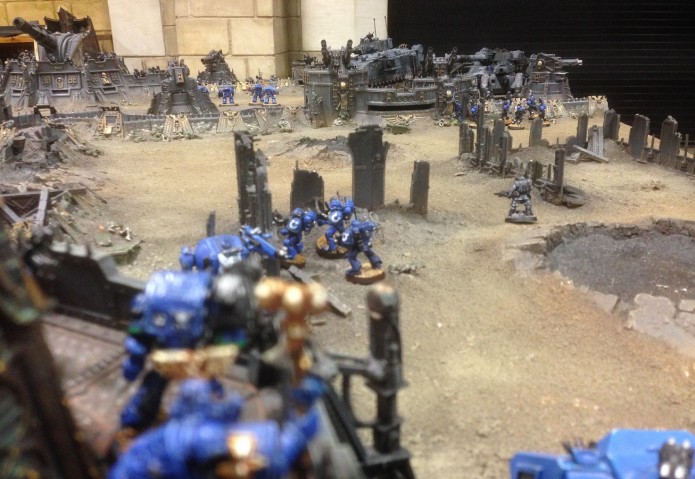 Hot on the heals of the Assault Squad, Pictures of the new Devastator Squads have been leaked on Bolter and Chainsword The new kits looks like a modem take on the old second edition devastators. It also appears to come with 2 extra Grav Canons. The pictures can be found here Devastators.
Assault Squad 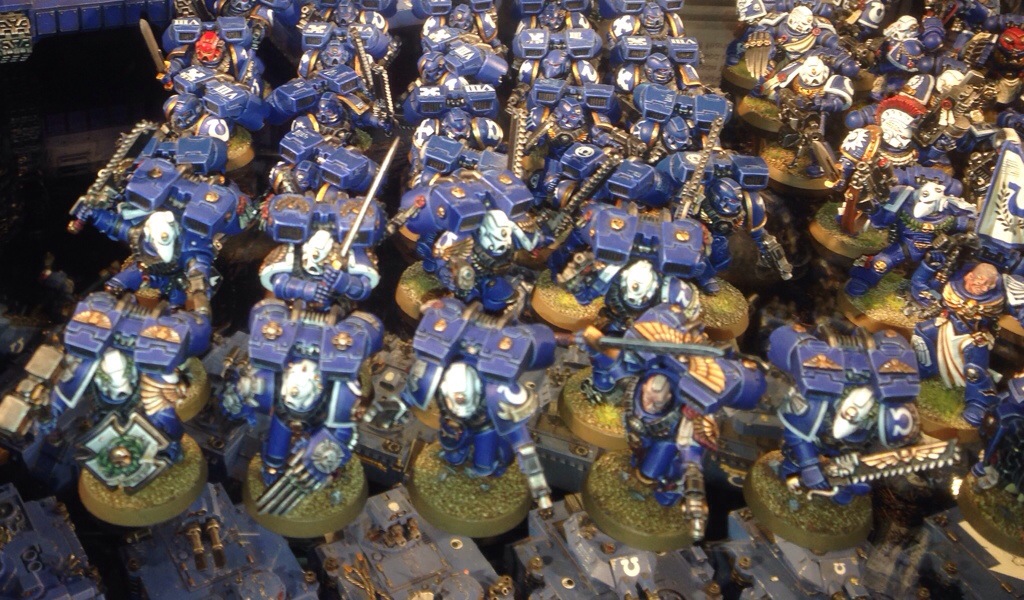 It looks like we are in for a new bunch of Space Marines in next week’s White Dwarf. Leaked images of both Chapter upgrade sets for Ultramarines and Dark Angles have been posted along with a very dark photo of the new Assault Squad. To me the Assault Squad looks very reminiscent of the old Finecast Vanguard squad.

It’s interesting to see new Space Marine models so soon after there last release, two years ago. Picture of new kits don’t prove there will be a new codex. Given Games Workshop’s recent codex release rate I’ll be surprised if there isn’t one. This increase is codex frequency is both a blessing and a curse. While it’s good not to see the likes of Grey Knights neglected due to a lack of new models, it makes me reluctant to buy a codex unless it’s recently been published. I bought a Space Marine codex for a friend earlier this year, as he thought the last one was unjustified. I can only imagine how he will react if and when the next one hits. My own personal collection of up to date codex’s is getting smaller and smaller with each publication. I’m now out of date with Grey Knights, Blood Angels, Eldar, Space Wolves and Orks, yet I have purchased 2 codex in recent months. The good thing about this change in GW’s release policy is the rules in White Dwarf have meant that players can still use some of the new units even if they don’t think a codex purchase is justified. A much better alternative than codex piracy.

As for these new kits. I really like what GW have done with these frames. The fincast Chapter Shoulder pads were simply awfully small compared to the plastic ones of most of GW’s Space Marine kits. The new assault squad also looks to be a marked improvement and long overdue. Of course until we see the prices we won’t know if it will sell like hot cakes like, the new Tactical Squad did, or if will just continues to plug the gaps in players collections. 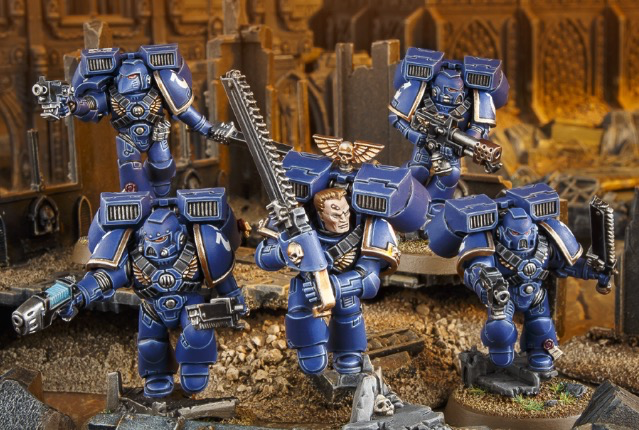