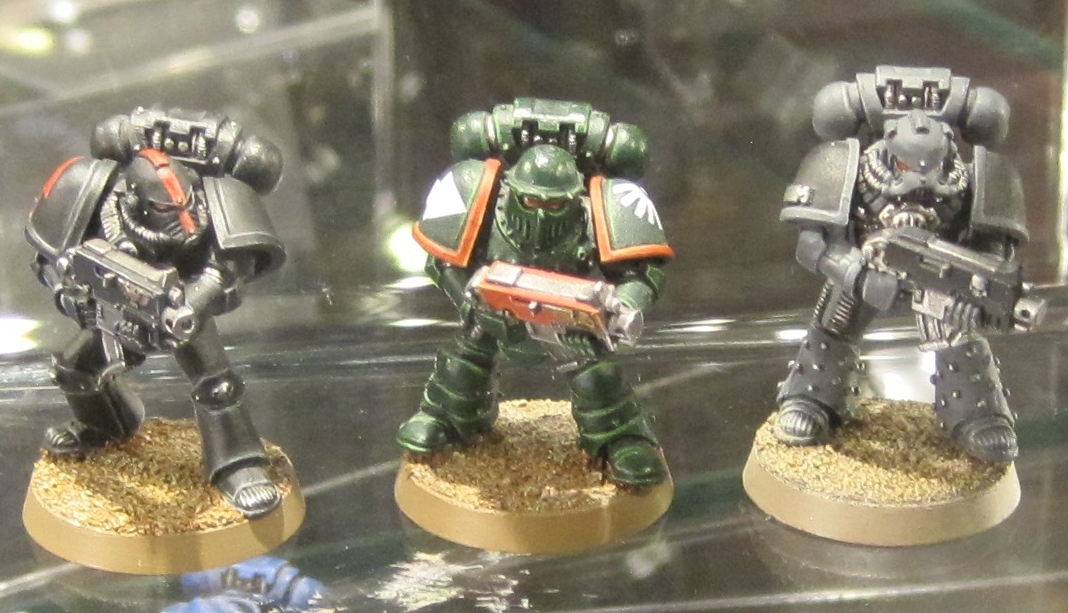 I generally like to stay away from rumours, especial those without pictures to back them up. However the discussions around the new space marine tactical squad are getting too exciting.

So just what are the rumours about the new Tactical Squad.

1) The current 10 man box set is being replaced.

2) The new box set will have more old armour styles, but won’t be complete suits of old power armour like Forge World produces.

3) The box will contain all the parts required for the tactical squad’s upgrades.

What hasn’t been “leaked”

3) If the devastator squad also getting retired?

4) Will the armour through the ages set also be retired?

5) Will the set provide all the components for sternguard?

I’ve mentioned these last 3 points as Games Workshop love saving shelf space and many of the recent plastic set are designed to make multiple unit types. If old armour and all weapons for the Tactical squad are included that means combi weapons for the sergeant. Of course Combi weapons are all that is needed for a Sternguard squad. If the Sterngaurd are part of the box then it’s not very difficult to picture that it will be a 5 man box set, like the Dire Avengers.

The problem with making it a 5 man set it that there are no other cheep troop choices left for Space Marine players, unless you count the 3 man static pose set or scouts. Where Eldar players have Guardians to make the core of their army, Space Marine players rely on the Tactical Squad for the baulk of troops in their forces. If the Tactical Box Set goes the same way as the Dire Avenger set, the cost of a space marine company is set to almost double.

Given that the Tactical Squad box is the best selling product produced by Games Workshop, they are surly going to have to get something out of redesigning it. That’s got to mean either a price rise, a cost reduction (less models in the box) or more shelf space (3 or more boxes in 1).

I’m personally hoping we will see a new 10 man set with a modest 10% price rise, rather than the bad treatment Eldar players have received.