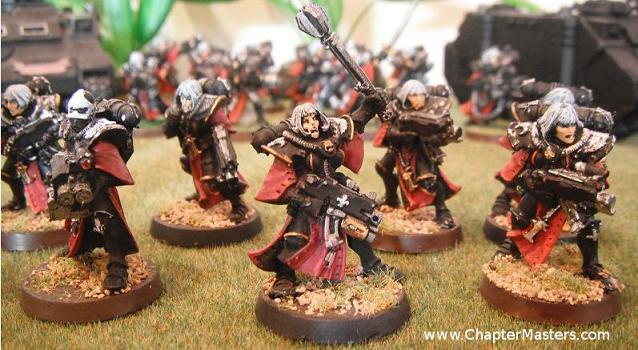 This is one of those off the wall comments that starts a rumour.

“From Slacker on Bell of lost Souls

Did anyone else notice there are no Sisters on the poster? (edit: in December’s White Dwarf) Maybe the Tyranids ate them all too …(edit:reference to the fate of the Squats)”

Well it’s irresponsible of me to spread such a conversational and unfounded rumour, so I’ll point out their absence on the poster could also mean the whole range is about to get re-released or that Games Workshop don’t want to push any completely metal armies, or that the Sisters of Battle marketing budget doesn’t cover the cost of the space. What ever the reason it’s a shame they were absent.