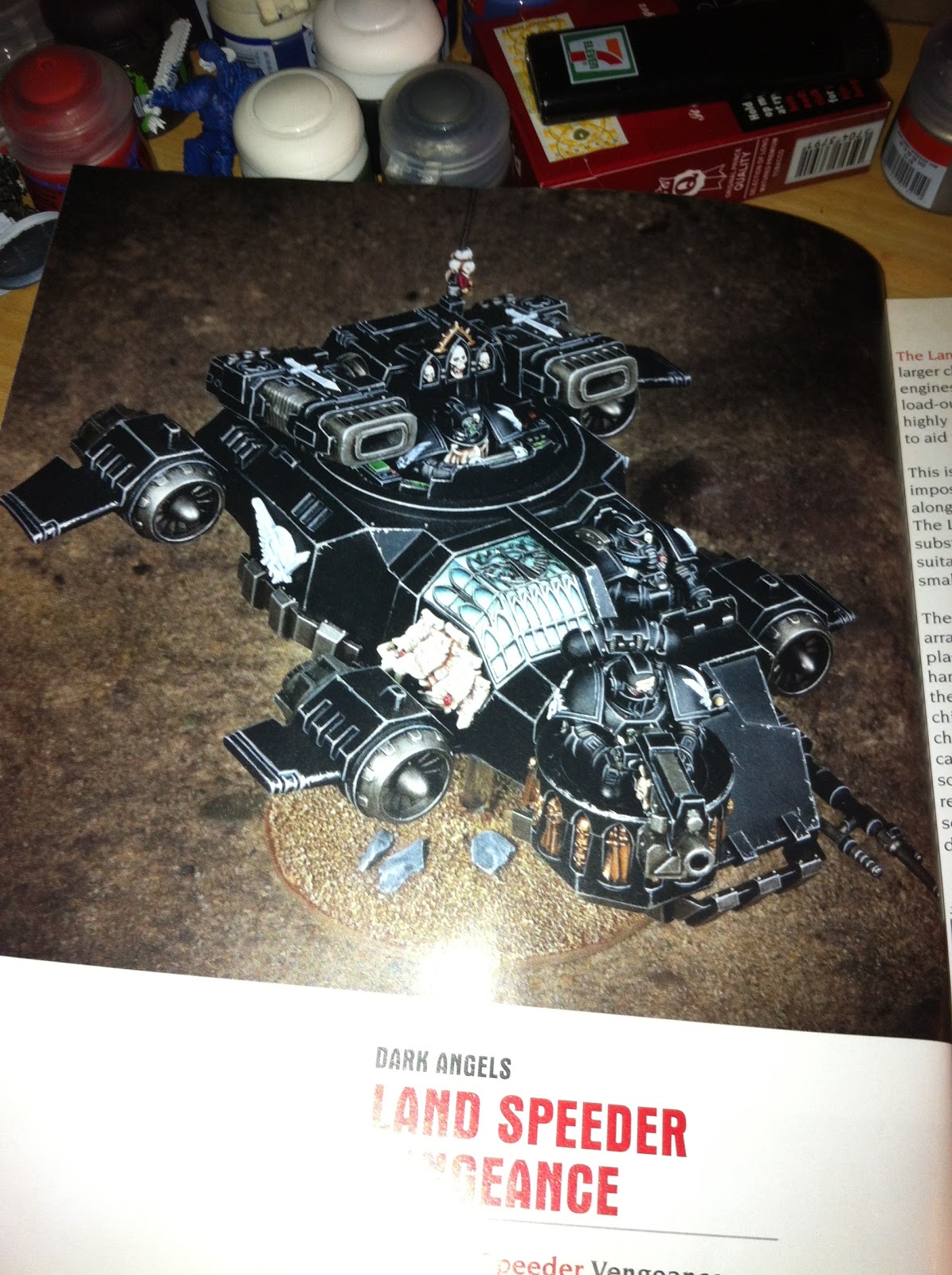 Dark Angels codex have started to arrive in France. The question one the top of everyones list is of course why do they have so many Plasma  Guns, when they are so unreliable? First of lets look at what other rules are alleged to be in Codex Dark Angels.

Inner Circle – this works like the chaos unit upgrade. It may not be available to every unit but provides  hated against Chaos Space Marines and  courage, yes I need to go look that one up, but that would be the French translation for Fearless.

Warlord traits – Dark Angels like Chaos have their own Warlord trait table. One gives a choice of plus or minus one on the reserve roll, one provides fearless and another provides a further +1D6 movement bonus to turbo boosting bikes or re-roll of run moves.

Tactical squads and now Scouts are the standard troops choices.

Dark Angels can take Terminators as troops but this is a bonus for taking Belial Grand Master of the Deathwing.

Both Terminators and and Bike squads can both be taken as Troops if Azral Supremene Grand Master is chosen.

Everything get some sort of stubborn rule.

Azrael gives a 4+ invulnerable save to his squad. He has a Stength 6 AP3 power weapon. He is also an eternal warrior.

Ezeke has mastery level 3. He get mindworm and can roll on any table apart from biomancy

Asmodai can make a single instant death attack in close combat but can’t use his power weapon when he does this.

Command squads are five (or 3 on bikes) man units but have to have the same armour as the HQ they are taken for. Every HQ can have a command squad.

Techmarines are not a HQ slot. They are unlocked by taken HQ choices.

Scouts are troops but don’t get teleporter homers.

Nephilim  has – Avenger Mega Bolter: Strength 6, AP4, heavy 5! Missiles are Strength 6, AP4 can be upgraded to flack and it gets Unrelenting Hunter, exchanging weaponry destroyed or immobilized results?

Oh and why so many Plasma Weapons? Dark Angels didn’t suffer as much lose as other Chapters during the heresy. As a result they have access to more old wargear than other chapters, such as enough Terminator Armour suits for a whole company. It’s not their fault the plasma weapons rules are so over the top for unreliability, it’s not in keeping with the back ground. They should just take a turn to recharge.