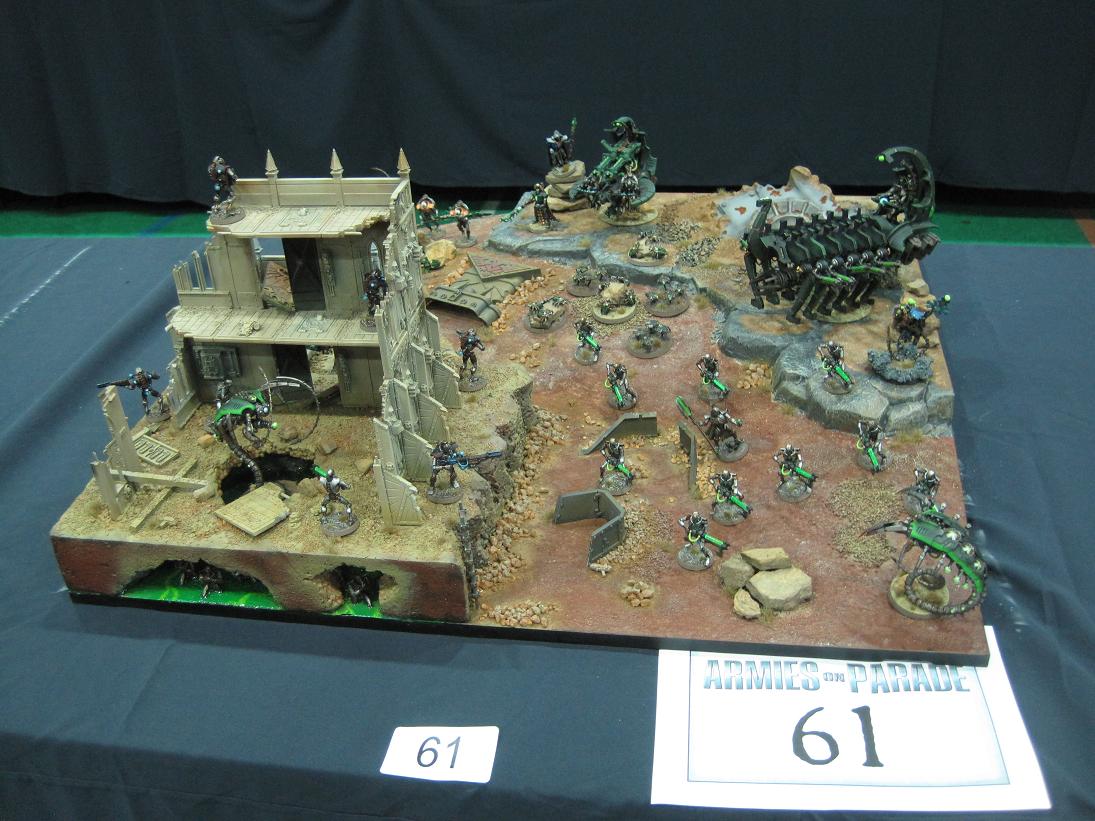 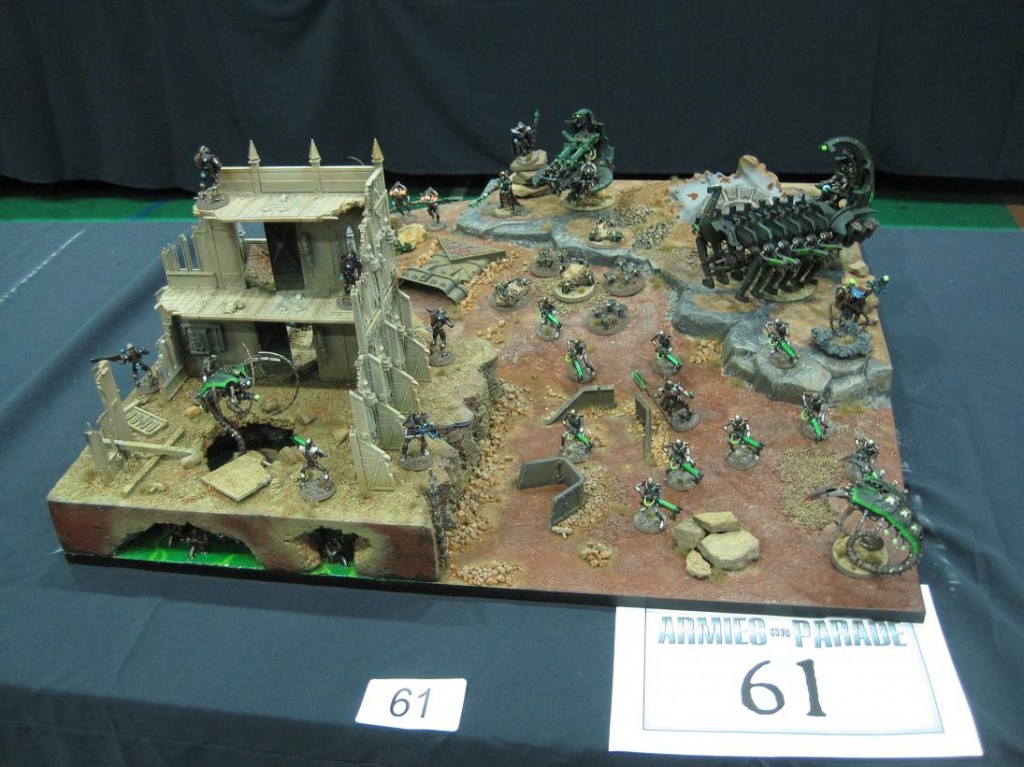 This Necron army from armies on parade at Games day 2013 seems to be fighting among themselves for some reason, perhaps it’s because they are confused at the colour of their gauss blasters with the Death marks preferring blue compared to the green of the rest of the army. 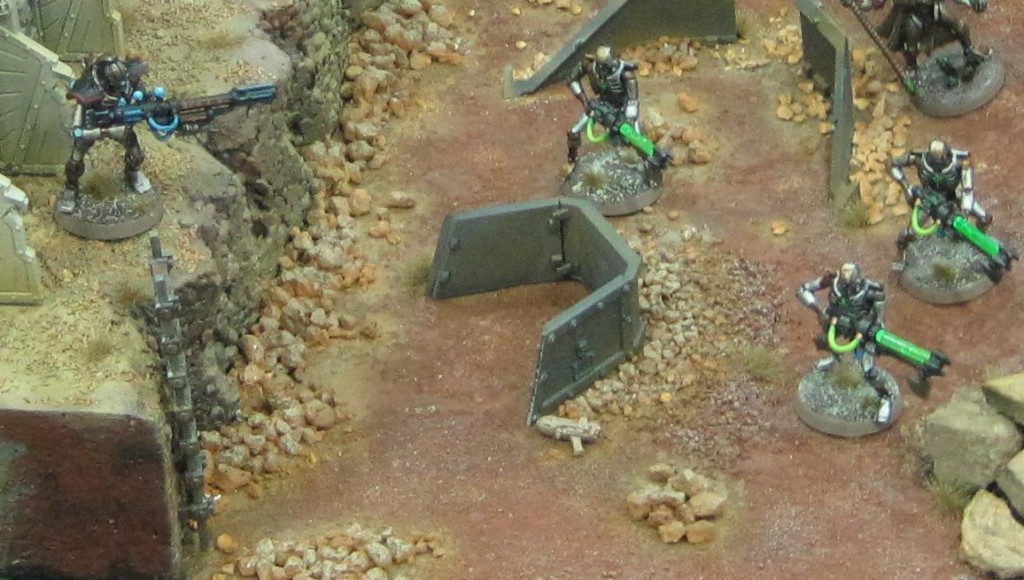 I really liked the inclusion of a very old relic those of you that remember Warhammer 40,000 second edition will remember that the Orks had access to imperial weapon’s the plasma pistol seen above was one of such weapons that came with some of the Ork models. 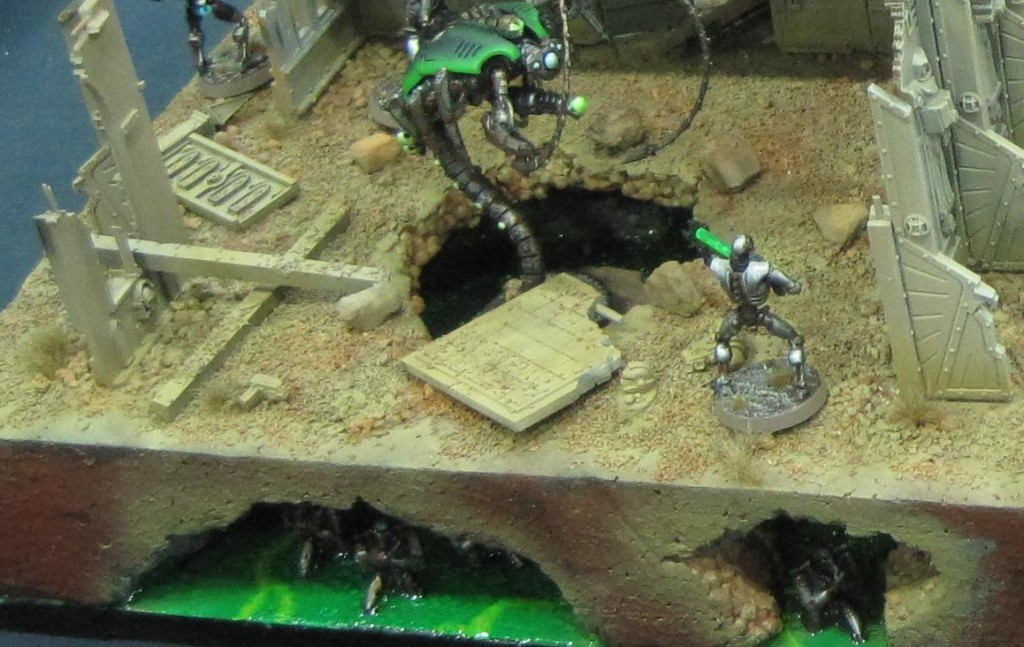 In the bottom right hand corner of the board are some warriors that have crawled through the sewer to get inside the ruins after a Canoptek Wraith had burst its way through. their poses would almost make me feel like their metal skeletons could actually feel the cold as they appear to be shivering. it is however a good use of excess parts from the ghost/doomsday ark kit. as he has set his up as a dooms day ark as seen below. 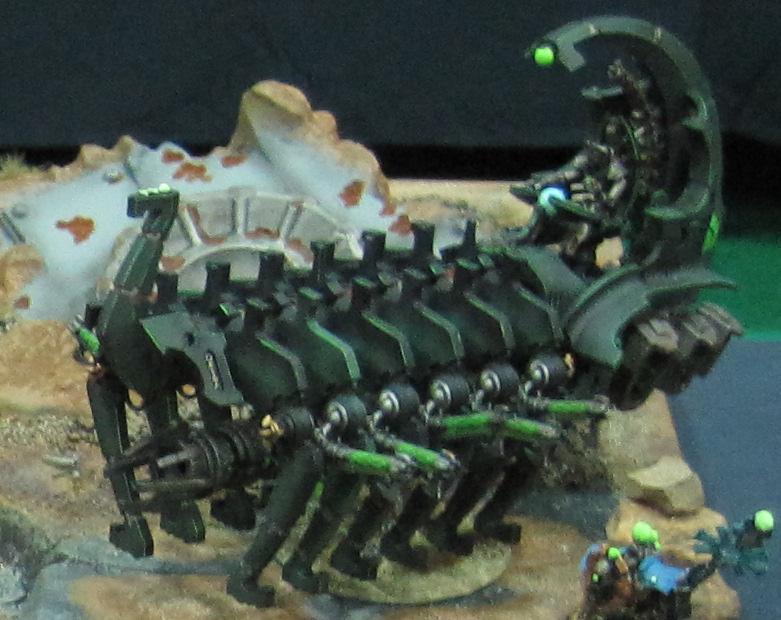 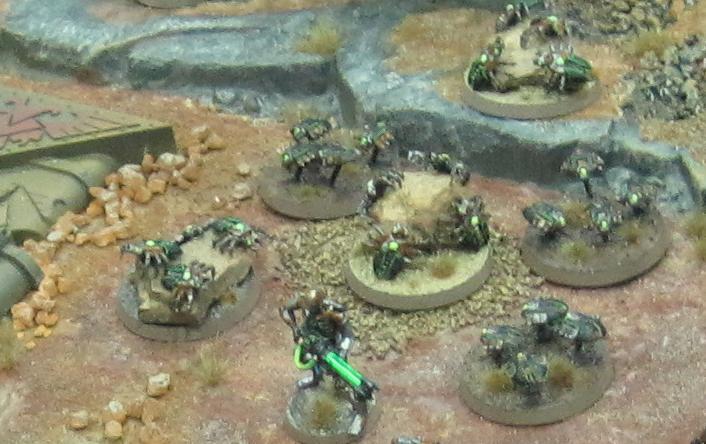 I also like how the scarabs have been based, also the excellent use of terrain used acros the board with the imperial cities ruins kit been used the Sky shield landing pad and also a gun emplacement base. Well done to who ever put this army together.