The July White Dwarf was in my eyes the best White Dwarf for a long time. And by that I don’t mean there hasn’t been a good one for a long time, last month’s was good. I mean I can’t recall the last time I read every page without having to force myself. I will add this site is 40k only so an issue which is 90% 40k will always get a good review. 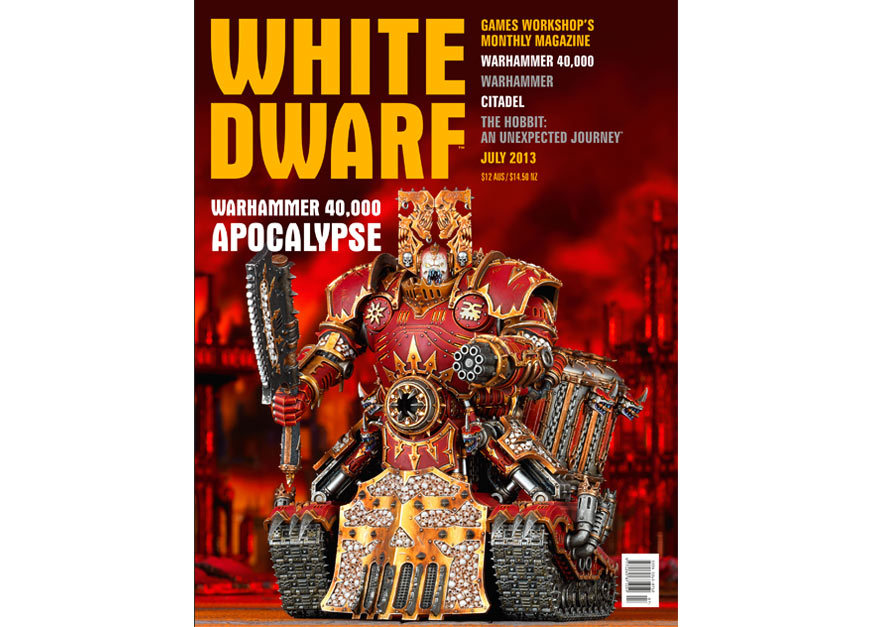 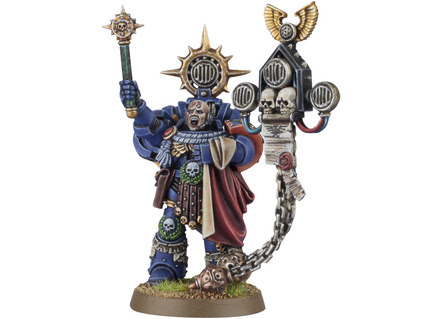 It’s all 40k releases and there is 50 pages to cover them. For me the highlight is the new Necron Super heavy, not the Chaos Lord of Battle on the cover. 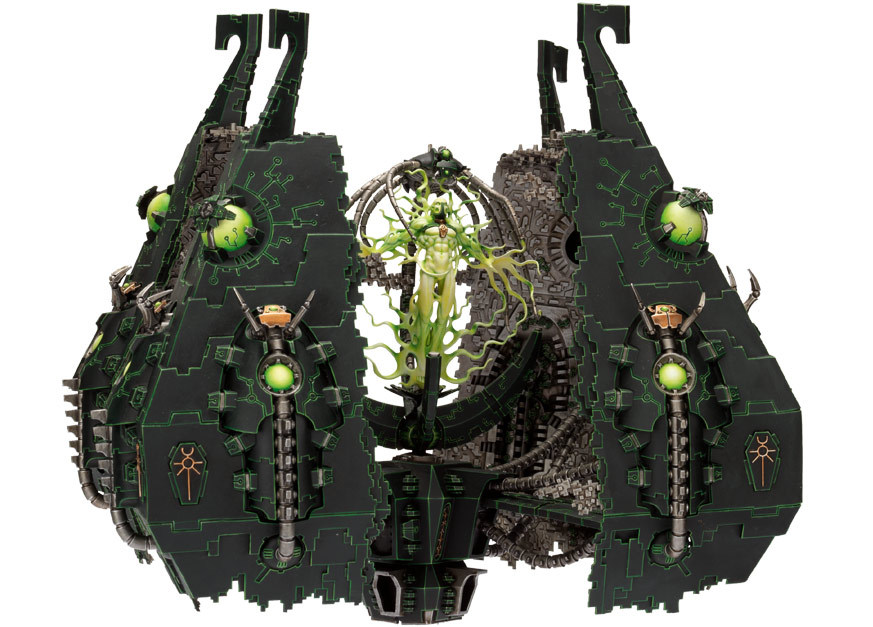 The pictures are clear the, models look good and the prices are high. GW have continued to hike the price of the new models. The new super heavies are 35% more expensive than the old ones, but we can’t hold that against White Dwarf.

There are two new plastic kits, the re-boxed Baneblade/Shadowsword, 4 new space marine captains, 3 new fortifications and of course Apocalypse. You can read all about these on the Games Workshop website.

Army of the Month

This month’s is a huge Chaos Warrior army and that appears to be enough Warhammer for this issue. Well there is a necromancer in the hall of fame.

The cover claims there is a hobbit in there but it’s obviously hiding too well. There are two new models

Jervis Johnson writes about how much he enjoyed creating Apocalypse second edition. It’s a good read and nice to have him back on more tangible topics. I did get the impression he would have liked to have explained more about Apocalypse but either wasn’t able to or didn’t have space to.

Blanchitsu is missing. There is no explanation as to what happened to it.

Jeremy Vetock continues on from Jervis and writes about playing and organising large games. He makes reference to what Jervis did and didn’t write about. I don’t know if this means he waits for Jervis to draft his content and then picks from the remains, or it they sat down and planned what each would write about, the later being a bit more likely given Jervis’ dislike of hitting deadlines. 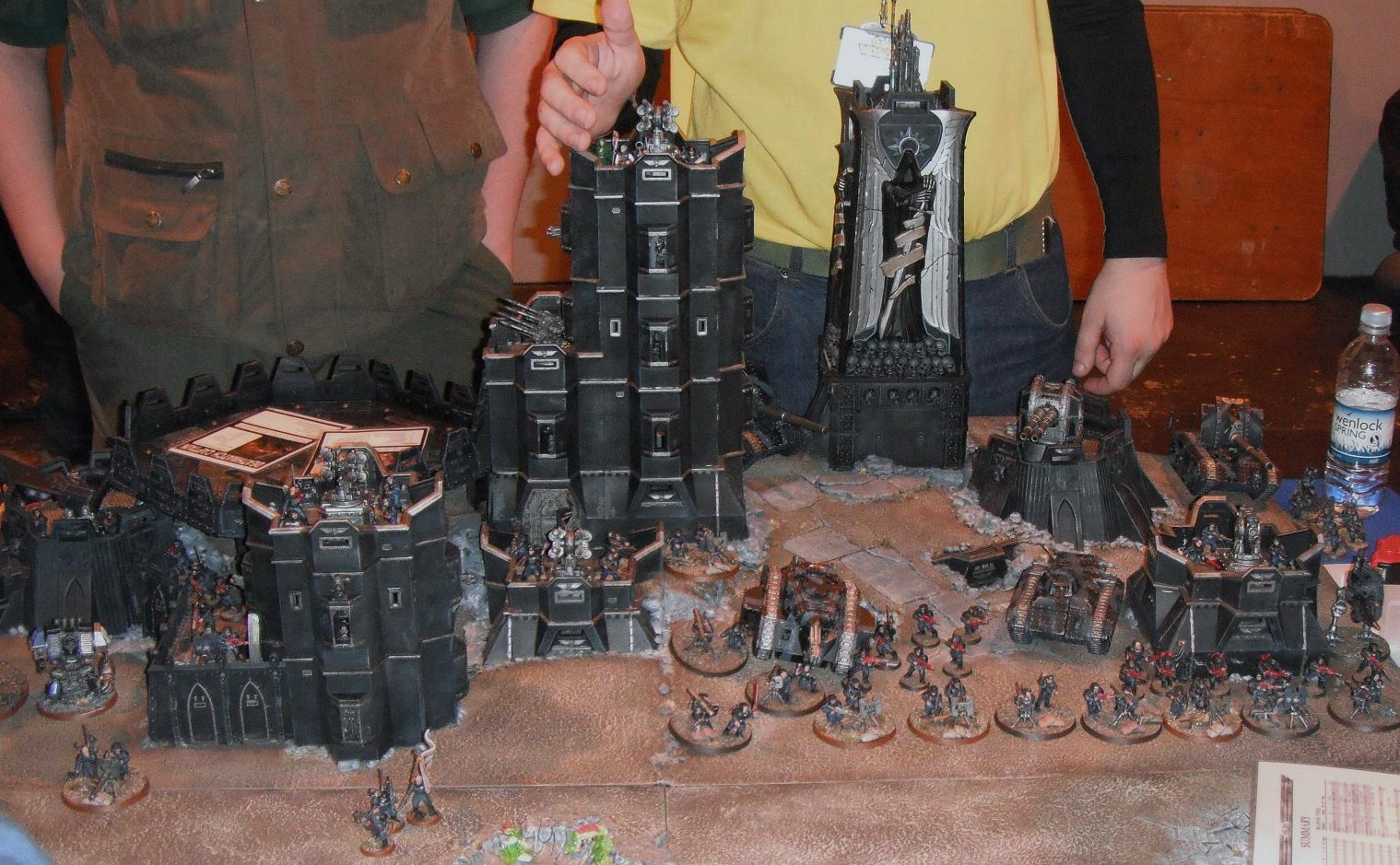 Dark Angels and Blood Angels with some support defend a Imperial defence line against Chaos and Necrons. This report was even better than last month’s. I managed to not see the outcome in advance. Fortunately it was in the normal place so I knew where not to look. There are extra fold out pages in this issue which were used to show the deployment map. Is someone at the Studio reading my suggestions?  Again these armies belonged to the staff, not the  studio, although I think that some of the super heavies where studios models.

This battle report has been written in four full turns and has lots of full table pictures. It’s the easiest battle report to follow yet. However be warned the outcome is still in BIG LETTERS on the last page. The only thing that isn’t clear is what the victory point tally was. The system they used is explained  at the beginning, it had something to do with super heavies and defence points, but by the time I had reached the end I’d forgotten it.

The six page painting guides cover most of the new releases, buildings included. All good stuff.

There were lots of different units in parade ground, lots of Space Marines and Xeons, again really good content.

Great explanations from the writers of Apocalyse. I’ve held off ordering Apocalypse this month and used the money for a Games Day ticket. From what is said about Apolcalyse in the issue, it sounds like the studio done more than given is a fresh coat of paint. It doesn’t sound like anything has been done to stream line the rules and make it play any faster. 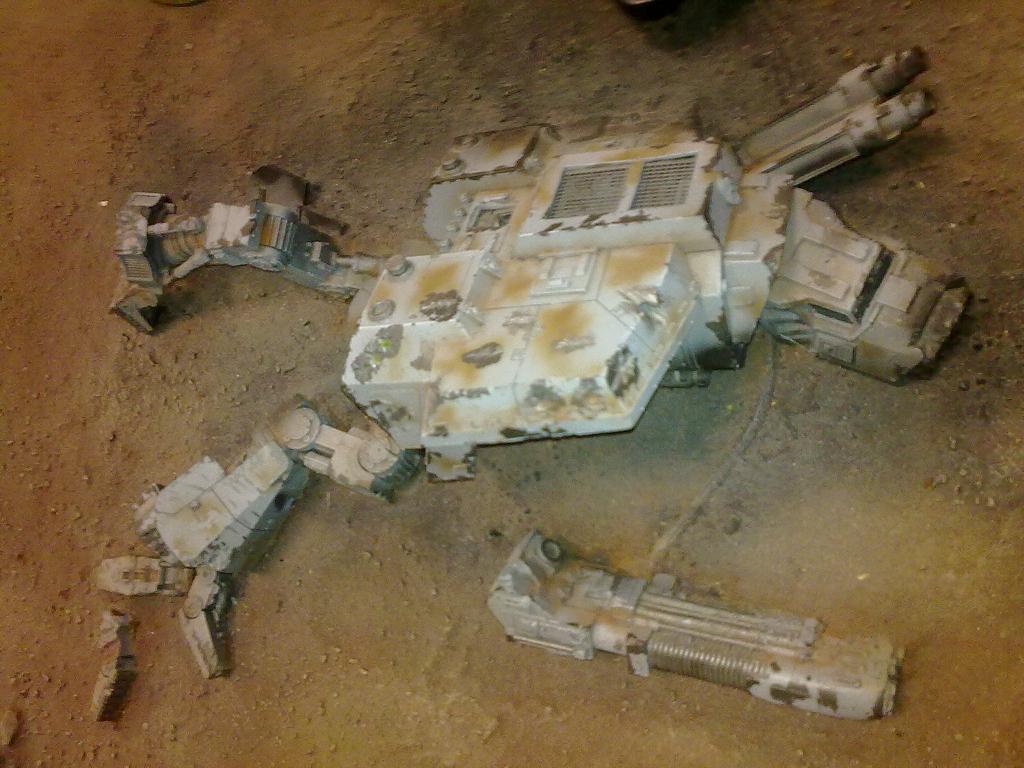 I’d have given it 10 if there was more content for other systems and more information about what the changes in Apocalypse are.