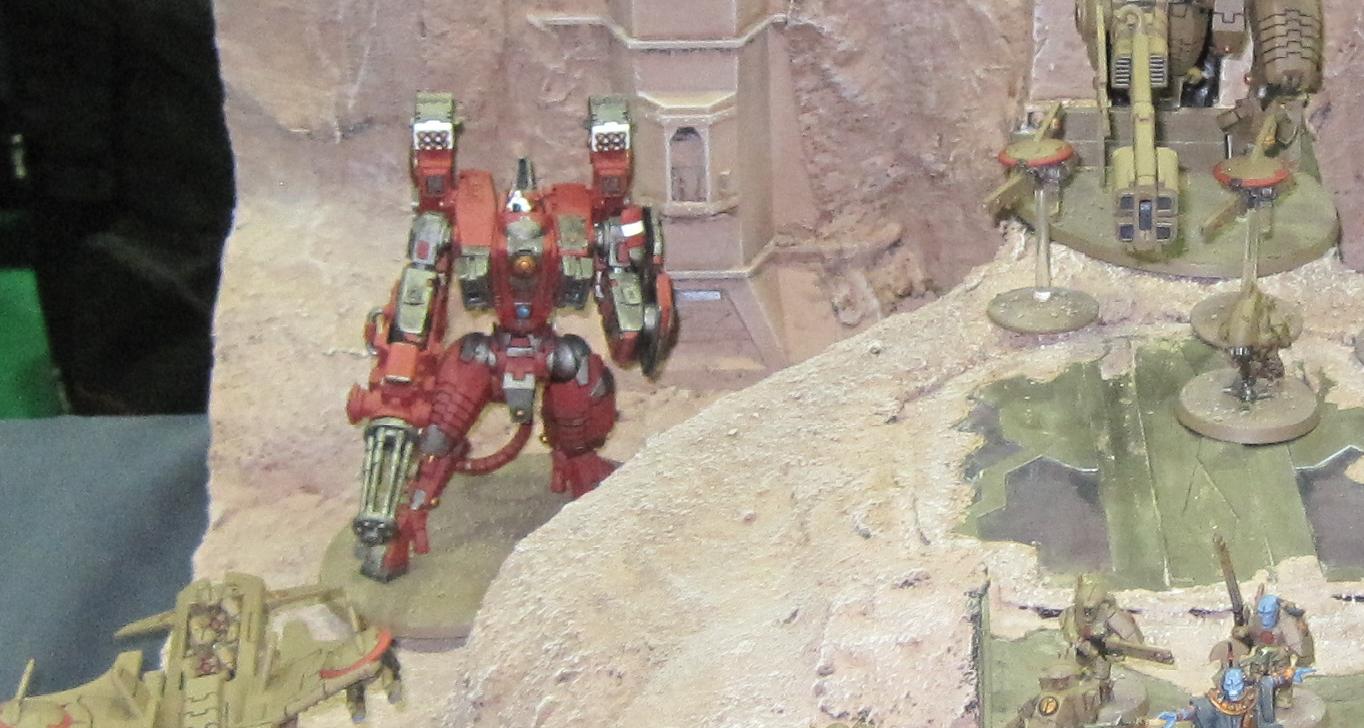 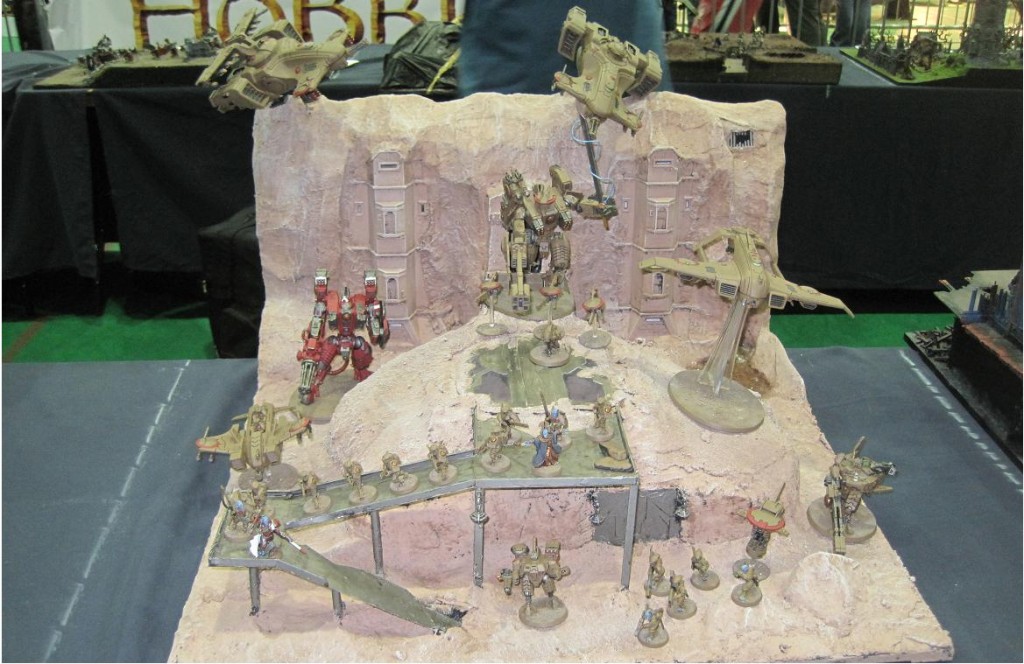 Here we have an entry from Games days Armies on Parade 2013. A nicely painted Tau army led by a Commander Ethereal and a fire blade. 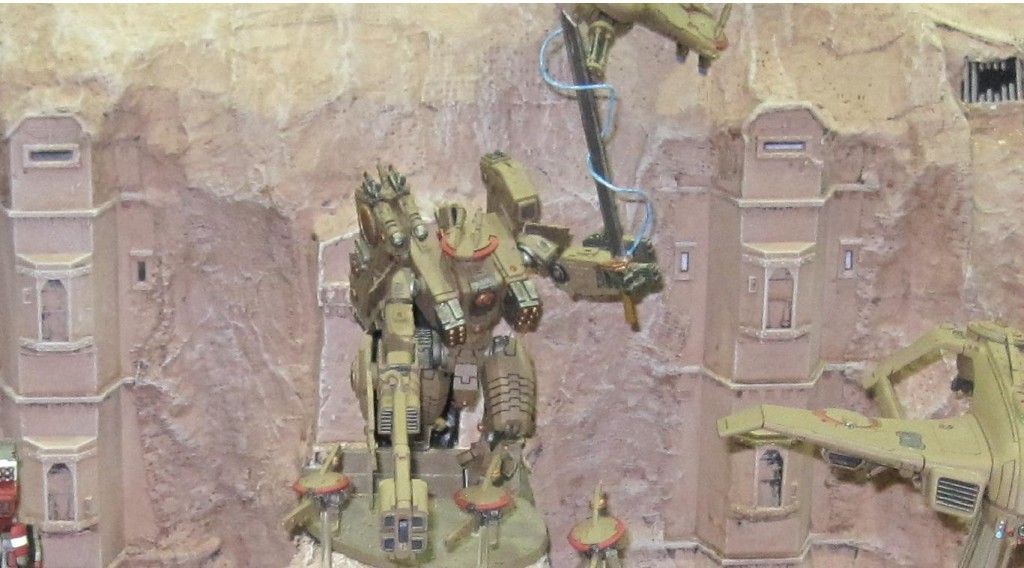 This heavily converted Riptide is the focal point to the army armed with what looks like a twin linked Railgun, missile pods, Twin linked Plasma rifles and a power sword. I’d really like to know what cool rules the owner of this army uses for it. 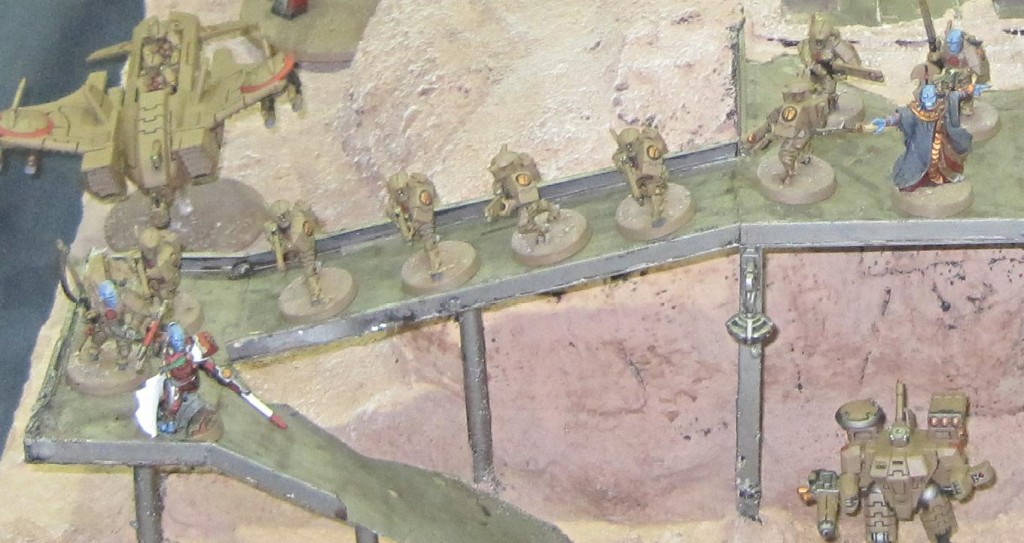 The Commander watches a fire blade lead a squad of firewarriors down a walkway spurred on by their Ethereal  into Battle. 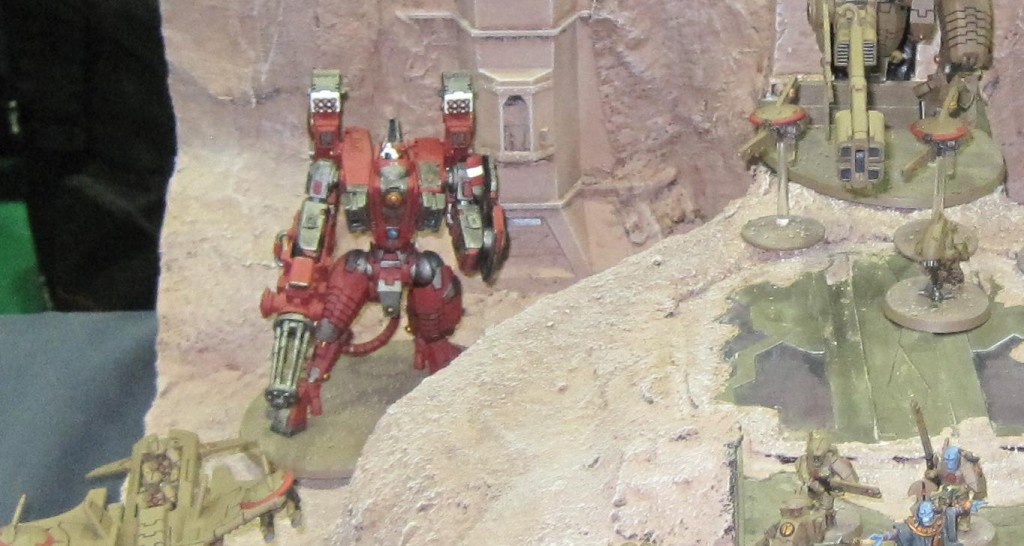 The second Riptide lies in wake to pick up the pieces.