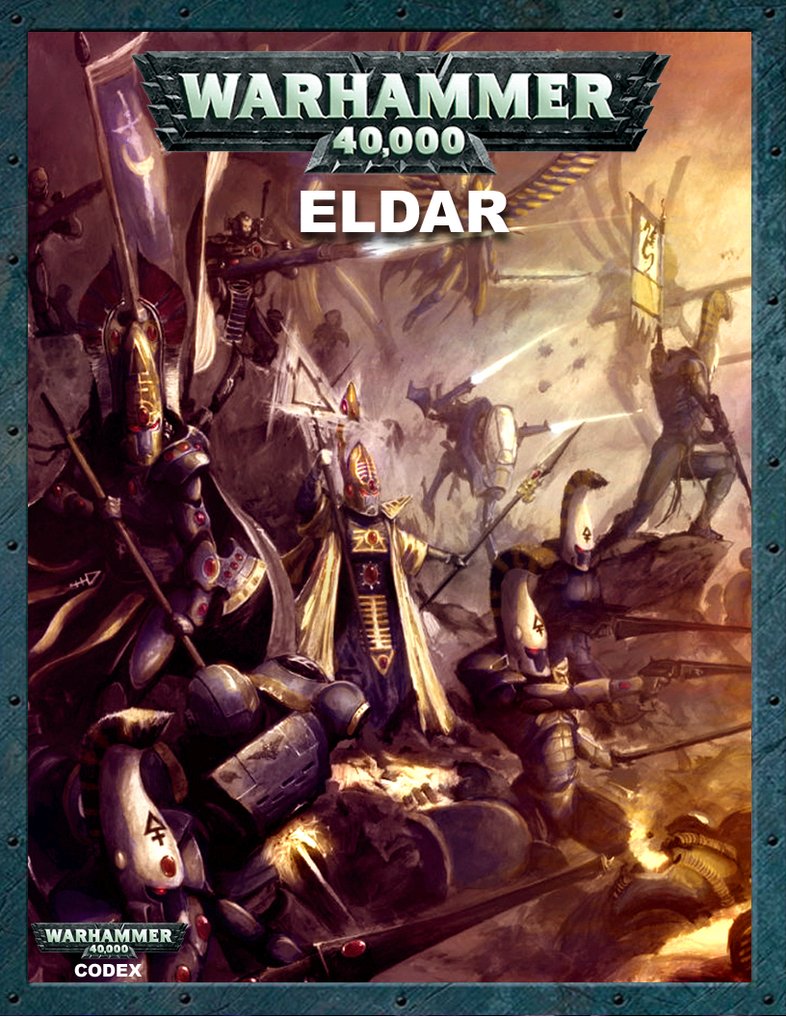 One source is claiming GW are still having production and distribution problems. There have been a serious of distributions issues in the last 12 months, worst of all the 40k 25th Anniversary. The Tau release was not without incident. Eldar is a more popular line for GW so it’s no surprise to hear they are not able to get enough stock out to stores. This problem could range from a slight delay in the distribution of White Dwarf and release of the models to a full reschedule with goodness knows what (aka Apocalypse) happening this month.  It’s very worrying that the Eldar codex is still available for order. The old codex is normally with drawn from sale a month before a new codex is released.

Update: it appears this issue is unlikely to  impact UK or GW distribution . The image above is from a Fan codex, not the 6th Edition Eldar Codex Cover