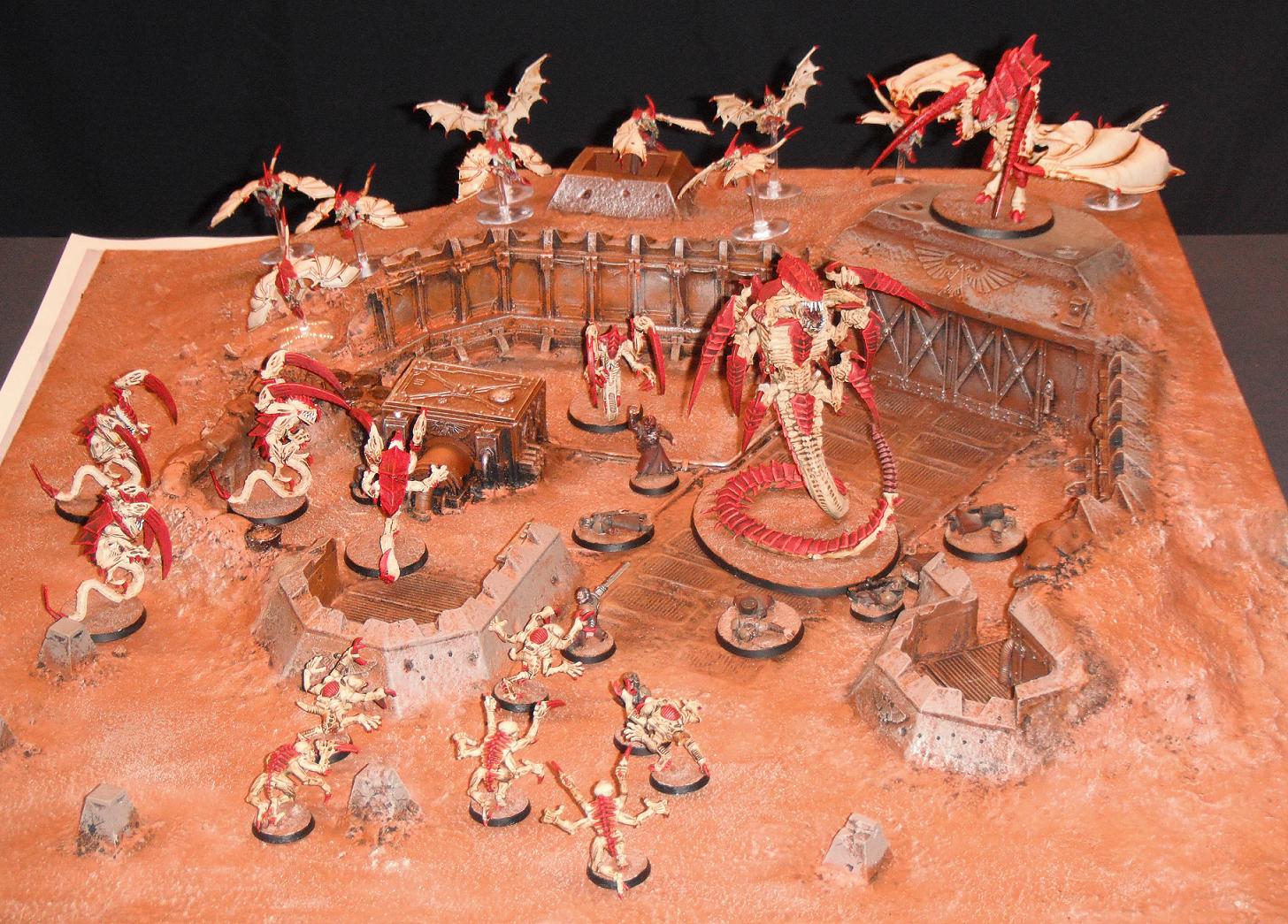 Have the design studio done it again. The last tyranid codex was an abject failure for most gamers. Frustration at dumbing down existing units, frustration at non availability of models to represent the good units. It took 2 years for the model range to support a balanced build and a further year for 6th edition to bring tyranids back to being competitive; in the hands if the average gamer. Tyranids currently depend on tough monstrous creatures to overwhelm their opposition.

If the current rumours on codex tyranids contents of true, (big points decreases) we will see much more numerous hoards with monsters which are far easier to destroy. This does promise a force which looks much more like fourth edition Tyranid army, but with a lot more monsters and winged creatures.

The battle report in white dwarf appears to indicate that the harpy/hive cron is absolutely critical to having a strong army build. So that’s £80 you will need to spend to keep your tyranids playable. A hive cron and the codex.

I see this release is absolutely critical for 40k range. I wished for years I could have continued to use the old tyranid codex. I won’t be buying this one unless there is a good reaction from the gaming community.
So far it’s not looking promising, but the outcome won’t be clear for a few weeks.