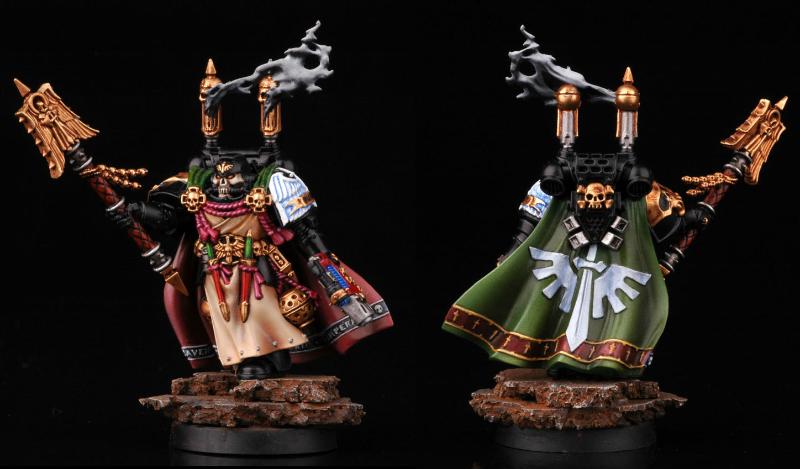 Yes you’ve read that right. Rumour has it that only thing that was Limited edition about the limited edition box set of Dark Vengeance was the box!

via 75hastings69 on Warseer
I did hear the chaplain fron DV would be available as a clampack but no idea when.

via shaso_iceborn on Warseer
I have heard both the DVish interrogator Chaplin and Radagast will be available after May and June of 2013 respectively.

It was rather odd for Games Workshop to make a limited edition plastic model. Can you name another? Just like the Wall of Martyrs was a limited edition box with plastic’s kits that would be available separately with it. It’s rumour the plastic Chaplin will resurface next year. I guess it’s going to hit as part of a 2nd wave of Dark Angels releases.  I imagine those who only bought the Limited box set just to get this model are not going to be happy. I haven’t gone back and studded the wording in white dwarf, but I’ll leave you with the wording from White Dwarf Daily.

“The first thing you’ll notice about the Dark Vengeance boxed game is that it is Limited Edition. This is because it includes an exclusive model – a Dark Angels Interrogator Chaplain that will only be available in the first production run of the game”